A Christian worldview of origins from Genesis 1:1 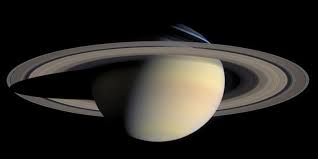 Genesis 1:1 translated: God created in the beginning the heavens and the earth.

What you see above is the text of Genesis 1:1 as it looks in the original Hebrew text.  Hebrew is written from right to left and is a beautiful language.   Our interest in today's blog is to understand what this one verse of the Bible as to say about the nature and scope of our universe.  In scripture there are roughly 60 passages that discuss the origin of the universe, life and humanity from One all powerful, all-knowing God, with Genesis 1:1 being the first.  The above English translation is an attempt to give you the reader what the Hebrew text is actually saying, and in what order it is saying it.  What this one verse tells us gives us the nuts and bolts needed to communicate the Christian worldview of an understanding of the Universe.  Therefore we will briefly look at the verse to unfold its meaning, followed by some observations from actual Christian Astronomers on the significance of holding to a Christian world-view of creation.

1. "God", אֱלֹהִ֑ים = Intelligent Origin of the universe.  This Hebrew word is pronounced "El-o-heem" and is a compound plural, meaning that God is One God Who is plural in His identity.  This could very well hint at what would be later on revealed in the Bible as His Triune identity: One God who is Father, Son and Holy Spirit. (1 Corinthians 8:6; 2 Corinthians 13:14)

2. "created", בָּרָ֣א = The universe came from nothing from this Intelligent God.
The Hebrew word is "ba-ra" and refers to a process whereby the Creator makes all things out on non-prexisting material.  To say that the universe is a "creation" implies "The Creator".  Other models of origins make the universe to be a cosmic "accident" that emerged from some kind of eternally pre-existing fluctuation in the sub-atomic realm.  With God, there are no accidents or random events.  He needed nothing.  He spoke and what was formerly non-existence became existent. (Psalm 33:6) The term "creation" includes the idea of intention, purpose and planning.

3. "in the beginning", בְּרֵאשִׁ֖ית = Time was created by God.  God created the flow of time itself, what physicists often refer to as "time's arrow".  Movement from past to present to future was set by God. That Hebrew word "bay-ro-sheeth" speaks of God creating time and setting it forth. This is what distinguishes creation from Him.  For God, He sees the end from the beginning.  All other created things experience time as the flow from past, to now, to the unknown (for them) future.

Thus far we have three terms to communicate a Christian worldview of the origin of the universe: Intelligent Origin, Creation and beginning of time.  Let consider the fourth idea in Genesis 1:1,

4. "The heavens", אֵ֥ת הַשָּׁמַ֖יִם =Heavens in the original Hebrew is a plural word, "sha-mim", with that "im" ending telling us that there is more than one.  We know from the  remainder of scripture that there are at least four "domains" called heaven: The sky, the physical universe, the abode of God's concentrated presence and then what will be "the new Heavens" as seen in Revelation 21:1.  The physical universe (2nd heaven) is described in 17 spots in the Bible as having been "stretched out", meaning that God's process of forming the cosmos included some sort of expansion of the cosmos itself.  At bare minimum we can say that in this category, the idea of "space" is included.  According to Einstein, space is a stretchable, membrane-like sheet wherein all the planets and stars are situated.  God would had embedded in His creation of the heavens the four fundamental forces of gravity, the strong nuclear force in atoms, the weak force responsible for nuclear decay and electro-magnetism that is behind all forms of radiation and the holding together of the elements.

5. "and the earth",וְאֵ֥ת הָאָֽרֶץ  1= The planet earth is representative of the physical matter in the universe. Matter of course is the physical "stuff" of the universe.  I find it interesting that contrary to secular theories of origins which propose matter as the origin of all things, the Biblical model has matter being created.  It only makes sense that God would formulate the laws and equations He would use to govern matter in the space He formed to place the matter therein.

So then we have five categories: Intelligent origin, creation, beginning of time, space and matter.

Why a Biblical worldview of creation as taken from Genesis 1:1 matters
Dr. Jason Lisle, a creationist (one who believes that the universe and life recently came about as a result of God creating all things) and a professionally trained astronomer, writes these words:2 If we build our thinking on the Bible, the inspired word of the God of the universe, then we have a correct foundation of ran accurate worldview.  Only the biblical worldview can provide a basis for logical thought and scientific inquiry which is self-consistent, makes sense of the scientific evidence and provides an absolute moral standard."

Dr. Lisle then lists four assumptions that flow from a biblical worldview like the one articulated from Genesis 1:1-

Implications of a Christian worldview of origins and why one does not have to abandon scripture in order to do science
In reading over Dr. Lisle's observations, it is very clear that many of the assumptions used in modern scientific inquiry are borrowed from the Christian worldview: an objective, measurable, "out there" reality; laws of logic and reason that can understand such a reality; the notion of there being a pattern and order to what we see and even the idea of the universe having a beginning.

At stake in the attempt to understand the origin, nature and end of the creation and universe is not the evidence, but the interpretation of the evidence.  Many would try to tell you that science is necessary to re-interpret the Bible and that our understanding of creation needs to change along with the latest scientific discoveries.  However we must remember that when a scientist proposes an idea (hypothesis) and even demonstrates its validity after several tests and experiments (theory), science at best can only say we still may never have conclusive and comprehensive knowledge of a given matter, since new evidence is always forthcoming.

Another Christian and professional astronomer, Dr. Danny Faulkner, writes these words:4 "One thing we have learned from our study of cosmology (the study of the origin and end of the universe) is that it is a rapidly changing thing.  Over the years many ideas have seemingly been beyond dispute only later to be discarded.  An understanding of Genesis that was tied to any of these ideas would had been discredited long ago.  Are we so arrogant to think that only our generation has finally learned the ultimate nature of the universe? Those who would link Genesis to the big bang should carefully consider the caution offered here.  When the big-bang theory is scrapped, what is to become of Genesis if we have wrapped it in the big-bang theory? Science is a tentative, changing enterprise, but the Bible is forever true."
Endnotes:__________________

Posted by mahlon at 8:19 AM No comments: