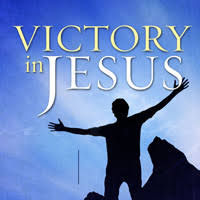 1 Peter 3:18-20  For Christ also died for sins once for all, the just for the unjust, so that He might bring us to God, having been put to death in the flesh, but made alive in the spirit; 19 in which also He went and made proclamation to the spirits now in prison, 20 who once were disobedient, when the patience of God kept waiting in the days of Noah, during the construction of the ark, in which a few, that is, eight persons, were brought safely through the water.


Introduction:
In today's post I want us to consider what Jesus accomplished in His death, burial and resurrection. The four Gospels detail the event of Christ's death, burial and resurrection, however the remainder of the New Testament (Acts, 21 Epistles and Revelation) unfolds the meaning and implications of what He accomplished.  The Apostle Peter in his first epistle aims to show how we as Christians ought to stand firm in God's grace. (1 Peter 5:12) Peter's letter ties in our ability to stand in such grace to what Jesus Christ accomplished.  Our ability to accomplish is directly related to Christ's accomplishment, meaning that the more we understand what He did, the better we can grasp what we are able to do. Thus we will consider the following two main thoughts about Christ's accomplished work:

a. What did He do? He died
He died for sins.  As Dr. Danny Akin of South Western Baptist Theological Seminary once noted: "He lived the life I couldn't live and He died the death I should have died."

b. Whom did He die for? The unjust
Romans 5:6-8 states - "For while we were still helpless, at the right time Christ died for the ungodly. 7 For one will hardly die for a righteous man; though perhaps for the good man someone would dare even to die. 8 But God demonstrates His own love toward us, in that while we were yet sinners, Christ died for us." Jesus' death on behalf of sinners accomplished two necessary effects in order for reconciliation to be possible. The first being expiation or the removal of the cause of God's wrath upon us - our sin. (Romans 5:10) The second and virtually synonymous work is propitiation - that is, the satisfaction of God's wrath. (1 John 2:2) Below in the next thought (point "c"), we see why expiation (taking away of sin) and propitiation (satisfying wrath) are necessary for reconciliation.
c. Why did he die? To bring us to God (reconciliation)
Dr. Michael Horton notes: "The result of God's wrath being satisfied is reconciliation. Just as we are first of all passive subjects of God's wrath when God propitiates, we are passive subjects of God's reconciliation at the cross.  We do not reconcile ourselves to God; God reconciles Himself to us and us to Him."1
d. How did He do it? Death and resurrection
Christ's death, burial and resurrection are at the heart of the Gospel. (1 Corinthians 15:1-4) The New Testament mostly focuses upon Christ's death and resurrection, however what went on during the three days He was buried is not explained in near as much detail as the two book-ends of the Gospel: namely Christ's death and resurrection.  Death and Resurrection serve to explain how Christ accomplished what he accomplished, and what He did in His burial (down below) reveals some of the behind (and under) the scenes work He did in insuring our ability to walk as believers in His Victorious work.

b. Whom did he proclaim His victory? The  demons reserved for judgment. 3:19-20
If we were to attempt to offer a faint outline of what Jesus did between His death and resurrection, we could maybe understand why He went to proclaim His victory to the demonic realm.  First He went immediately into the presence of His Father by way of the Holy Spirit in his human spirit to present His once and for all sacrifice. (Hebrew 9:15)

Next He went down into those regions of hell where some of the demons (especially those who rebelled in Noah's day) are being reserved for judgment.

Thirdly Christ's proclamation of victory insures that hell will not prevail against the church (Matthew 16:18) as well as fulfilling the fact of His triumph over the demonic realm (Colossians 2:14-15).

Fourthly, Christ's resurrection from the dead meant He had completed His mission of proclamation and thus He arose as a victorious King, subduing all cosmic powers under Himself. (Acts 2:24; 1 Peter 3:22)

c. Why did he proclaim His victory? To  guarantee Christian victory 3:19-20
He did this to pave the way for what would be His ascension into Heaven 40 days after His resurrection from the dead. (Ephesians 4:7-10)

Endnotes:
1. Michael Horton. The Christian Faith - A Systematic Theology for Pilgrims on the Way. Zondervan. 2011. Page 500

2. http://www.gty.org/resources/sermons/60-37/the-triumph-of-christs-suffering-part-2
Posted by mahlon at 7:13 AM No comments: