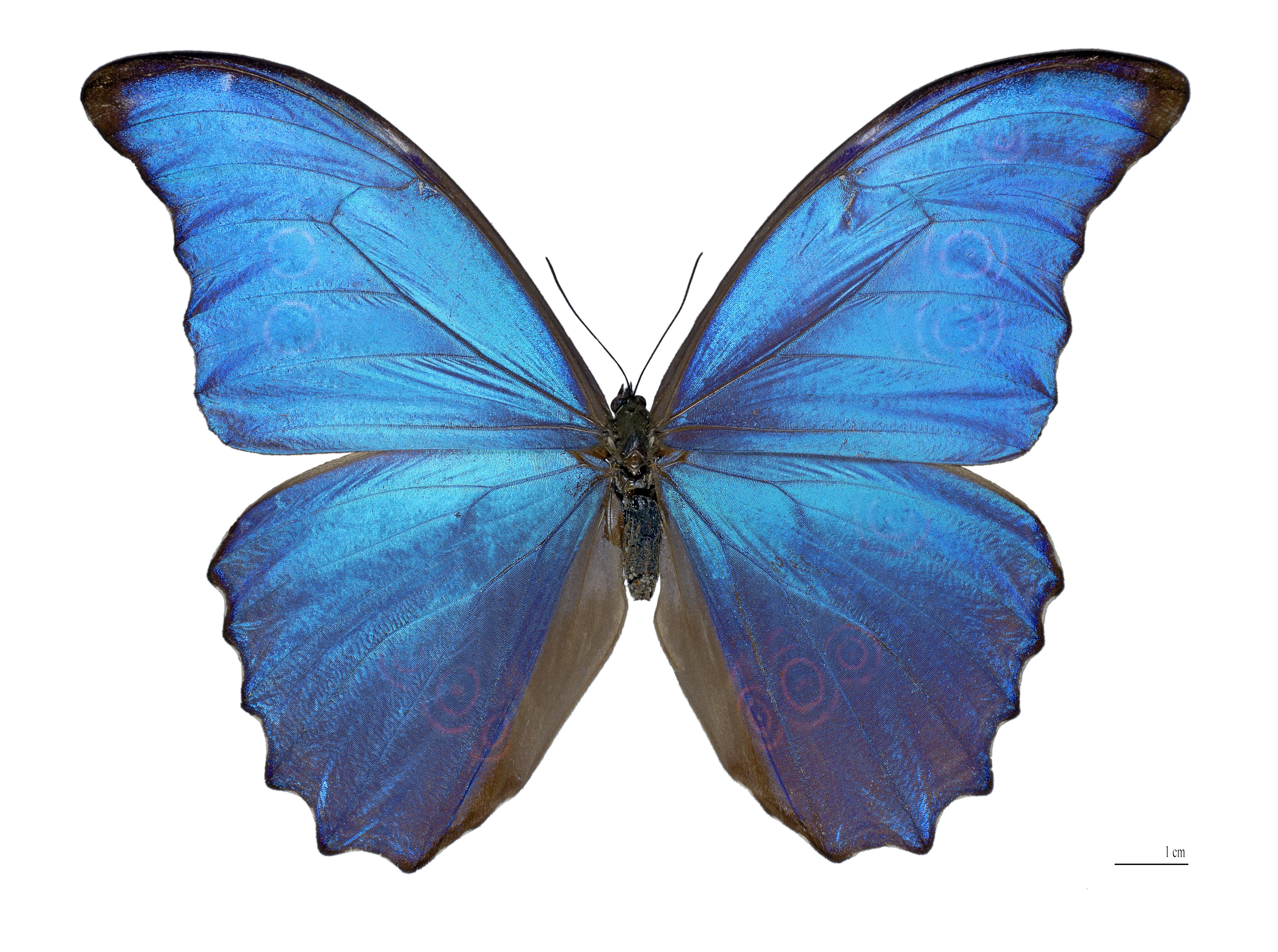 Luke 5:27-32 After that He went out and noticed a tax collector named Levi sitting in the tax booth, and He said to him, “Follow Me.” 28 And he left everything behind, and got up and began to follow Him. 29 And Levi gave a big reception for Him in his house; and there was a great crowd oftax collectors and other people who were reclining at the table with them. 30 The Pharisees and their scribes began grumbling at His disciples, saying, “Why do you eat and drink with the tax collectors and sinners?” 31 And Jesus answered and said to them,“It is not those who are well who need a physician, but those who are sick. 32 I have not come to call the righteous but sinners to repentance.”

Introduction:
Luke 5:27 introduces us to one of the most important conversions in redemptive history - the conversion of Matthew. Otherwise known as Levi, Matthew had been a lowly tax collector. No doubt the so-called "god" in his life was greed. I'm certain that on the day Jesus found Matthew (Levi), the tinkling of coins could had been heard as he counted up the profits he had taken from his fellow countrymen. When Jesus called his name and said: "Come, follow me", Matthew did an about-face in his heart. He left everything behind. The man who took it all now was willing to give it all away for Jesus'. Spiritual change had taken place.

Later on Jesus' disciples would be confronted by the Pharisees asking them about Jesus' seeming lack of discernment in keeping company with tax collectors and sinners. In the course of their conversation, Jesus interjects with a short pithy saying in Luke 5:31 “It is not those who are well who need a physician, but those who are sick. 32 I have not come to call the righteous but sinners to repentance.”
Retaining their pride and self righteousness, the Pharisees demonstrate their lack of desire to change.

How is it that one man - an outcast, a man who lived on the fringe, could so easily change and yet those who were religious, the teachers of the law, could not change? Today's lesson is about looking at spiritual change. What does Jesus have to say about the spiritual "about face" depicted here in Luke 5:27-39? Notice...

1. Spiritual change begins with repentance. Luke 5:27-32
As we already saw, Matthew did a total 180 from his love of money to loving Jesus. What brought about the change? As one begins to study God's Word on the subject of spiritual change, we see that it all begins with repentance and its twin grace faith. Repentance in its most basic definition has to do with a changing of one's mind, whereas faith deals with the firm persuasion of the heart. Both are Divinely wrought by the Holy Spirit, being Divine giftings that result in a decision of the will. We know for example that in salvation, sinners are commanded to repent, as seen in Acts 3:19  "Therefore repent and return, so that your sins may be wiped away, in order that times of refreshing may come from the presence of the Lord." And yet repentance is a Sovereignly bestowed grace as seen in 2 Timothy 2:25 "with gentleness correcting those who are in opposition, if perhaps God may grant them repentance leading to the knowledge of the truth."

Perhaps a way to illustrate faith and its twin repentance is by a simple magnet. On any given magnet there are two poles. Depending upon how I turn the magnet, one pole will repel and the other will attract. In the miracle of salvation, repentance is that repelling grace that convinces me of the awfulness of my sin. I am shown by the Holy Spirit how repulsive my sin is. At the same time faith is the attractive pole of salvation. Again the Holy Spirit shows me Jesus Christ in all His awesome splendor. In salvation I run from my sin and into the arms of Jesus. Repentance drives me from my sin and faith drives me to Jesus. This is what we see perfectly illustrated in Matthew's life. Spiritual change begins with repentance and its twin faith. But notice another truth about spiritual change as taught by Jesus....

2. Spiritual change requires the cross. Luke 5:33-35
Luke's account has the Pharisees asking Jesus about fasting whereas Matthew states that the disciples of John were proposing the question. Both accounts, when harmonized together, offer the simply conclusion that both were coming to Jesus at the same time. No doubt the Pharisees' motive was that of ill-intent whereas the disciples of John the Baptist were genuinely curious. To both groups Jesus gives the short little parable about the bridegroom and his attendants. John's disciples would had immediately recognized the illustration, since their Rabbi, John the Baptist, taught it earlier in his own ministry in John 3:29  "He who has the bride is the bridegroom; but the friend of the bridegroom, who stands and hears him, rejoices greatly because of the bridegroom’s voice. So this joy of mine has been made full."

John the Baptist saw himself as the groomsman of the bridegroom Jesus Christ. John's job was to confirm that identity and fulfillment of Messiah coming, just as a friend of the bridegroom would had confirmed to the guests in attendance that the marriage covenant between the groom and bride had been consummated. As Jesus spoke this short little parable to John the Baptists disciples, he also would had been speaking to the Pharisees, who saw themselves as being in spiritual union with the God of Israel. Lest they were willing to repent and unite to Christ by faith, no union could be possible.

Now herein is a major point made by Jesus in the short little parable that points us to the pending cross. Jesus says in Luke 5:35  "But the days will come; and when the bridegroom is taken away from them, then they will fast in those days.” With the Bridegroom being clearly Jesus Christ, how would he be "taken away"? Jesus Himself would eventually answer that question by His own statements about His death by crucifixion, followed by resurrection and then His ascent into Heaven 40 days after His resurrection. True spiritual change is always connected to the cross. Though Jesus was speaking pre-cross in Luke 5, yet in His mind and the mind of the Father, the cross was a done deal. Any spiritual change, even if appearing indirectly linked to the cross, is always and without exception tied to the cross and empty tomb.

So spiritual change begins with repentance and requires the cross but notice lastly....

Spiritual change transforms the old into the new. Luke 5:36-39
Jesus then closes out His remarks in this chapter by stressing how spiritual change transforms things from old to new. Just as it would be absurd to patch up an old, hole-ridden garment by cutting up a brand new one to patch it, so it is in attempting to take the Christian life as nothing more than a "patch job" by Jesus. The Pharisees attempted spiritual change by hanging onto empty tradition and trying to achieve the fruits of the New Covenant by adhering to the Law under the Old Covenant. Jesus of course was inaugurating the New Covenant as its Mediator.  Only when people would by grace through faith unite with Him in repentance and faith can there be a genuine change from old to new. 2 Corinthians 5:17 states - "If any man be in Christ, he is a new creation, the old things have passed away and behold, the new things have come."

Likewise Jesus hitches on another short parable about old wineskins and new wineskins with corresponding batches of old and new wine. The imagery is Jesus' way of digging back into Old Testament prophecies that use the "old/new wine" theme in predicting the coming New Covenant salvation that would be achieved by Jesus. Joel  2:23-25 states - "So rejoice, O sons of Zion,And be glad in the Lord your God; For He has given you the early rain for your vindication. And He has poured down for you the rain, The early and latter rain as before. 24 The threshing floors will be full of grain, And the vats will overflow with the new wine and oil. 25 “Then I will make up to you for the years That the swarming locust has eaten, The creeping locust, the stripping locust and the gnawing locust, My great army which I sent among you." It would be in the same chapter of Joel that Peter on the day of Pentecost would show that the coming of the Holy Spirit demonstrated Jesus' promise of the inauguration of the New Covenant church age wherein we are living.

The old way of Judaism could not handle the realities of the New Covenant age of the Holy Spirit. To put it another way, the Christian's life is so different from their former life, that by attempting to revisit it, the result could lead to chaos, just as putting in fermenting wine could burst old, brittle wineskins. The old life of who the Christian once was has no place nor spot. The old man, old way of life is gone. The new has come and is being created in the image of the Savior. (Colossians 3:10)