The Doctrine Of Scripture: Historical Attitudes Toward The Apocrypha And Reasons Why They Are Not Divinely Inspired Scripture 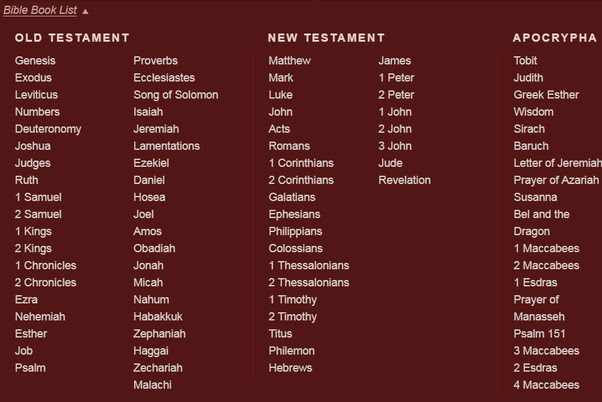 In the last two posts, we have introduced what are called "the Apocryphal books" and have offered a summary of them here http://www.growingchristianresources.com/2022/10/the-doctrine-of-scripture-series.html and here http://www.growingchristianresources.com/2022/10/the-doctrine-of-scripture-identifying.html. The term "Apocrypha" means "that which is hidden". Historically, this was thought to mean there were "hidden meanings" which were to be explored and found in the reading of them. In technical usage, "apocrypha" has come to represent any book that was not deemed as part of the canon of the Old Testament and in an even stronger sense, came to describe certain Gnostic Gospels and other literature which mimicked the New Testament canonical books.  In today's post we will close out our survey of the Apocryphal books by noting how they were viewed historically and reasons why they ought not be regarded as Divinely inspired books.

At first, popular, but not inspired.

We have remarked in past posts about an influential Greek translation of the Old Testament called “The Septuagint”, which according to an accompanying letter prefacing the Septuagint called “The Letter of Aristeas” would have begun in 275 b.c. near Alexandria Egypt. I bring up the Septuagint because those who argue for the Apocrypha being inspired will note how the Apocryphal books are included in the copies of the Septuagint we have today. I have a copy of a critical edition of the Greek Septuagint in my library. The edition is based off of three 4th and 5th century A.D.Greek manuscripts of the Septuagint or Greek Old Testament, which of course contains the Apocryphal books. It is telling of course to note that when one surveys those three Greek manuscripts (called "Siniaticus", "Vaticanus", and "Alexandrinus"), they all don't contain the same amount of Apocryphal literature - which to me is very telling.

The one detail often missed by proponents of the Apocrypha is that the oldest complete manuscripts we have of the Septuagint derive from ancient book-like manuscripts called “a codex” (codices in the plural) from the fourth and fifth centuries. At best, this only proves that the Apocrypha were popular among the Christians, but most certainly does not prove they were regarded as inspired canon as the rest of the Old Testament books. Even if such books were in earlier manuscripts of the Septuagint, all it would prove is they were familiar to the Jewish people (much as we see in the Dead Sea Scrolls material, dated between the 3rd century b.c. to the times of Jesus in the first century).

Some later thought they were inspired, but were inconsistent

As for the Jews, all the manuscript copies we have of the Hebrew Old Testament do not contain any of the Apocryphal books. I've aluded already to the famous Dead Sea Scrolls, however they are worth further commenting. The scrolls were discovered in the mid-1940’s in eleven caves around the Dead Sea region. Over the decades, it was found that the collection manuscripts of all the Old Testament canonical books (accept Esther), along with a few copies of the Apocrypha. All the Biblical books had some sort of commentary, yet none of the copies of the Apocrypha possessed a commentary. In the minds of the Essene Jews that lived around the Dead Sea in those days, there was a distinction between the canonical books and the Apocrypha. So, what about early Christianity? Certainly, we can find examples of the early church fathers quoting the Apocrypha from time to time. Yet, they never treat them the same as the canonical Old Testament books.

The Apocrypha became popular as a source for the devotional life of the early church, much like today where we have certain books written by A.W. Tozer or Oswald Chambers or Billy Graham that are devotional in nature. In the Middle Ages and Reformation, works such as Dantes "Divine Comedy" or Bunyan's "Pilgrim's Progress" molded the minds of generations in thinking through certain themes of Christian life and piety. Such examples are good for personal use, yet would pale in comparison to the inspired, canonical books of the Old and New Testaments.

Even though there were local church councils that attempted to elevate the Apocrypha to the level of canon (such as the Synod of Hippo, 393 and two Councils of Carthage, 397 and 419 A.D.), their conclusions involved affirming differing parts of the collection of the Apocrypha. The Council of Hippo affirmed only half of the total number of Apocryphal books (minus the additions to Daniel and Esther). On April 8, 1546, the Roman Catholic Church Ecumenical Council of Trent affirmed the books of the Apocrypha that we have today in Catholic Bibles. Even in that pronouncement, Rome did not consider 1 Esdras, 2 Esdras, The Prayer of Manasseh, or Psalm 151 as canonical.

The Reformers/Protestants affirmed the original view about the Apocrypha

“The church may certainly read these books and learn from them as far as they agree with the canonical books.But they do not have such power and virtue that one could confirm from their testimony any point of faith or of the Christian religion. Much less can they detract from the authority of the other holy books.”

Conclusions: Why the Apocrypha are not the Word of God

From what we saw in the last point, the Protestant Bible of 39 Old Testament books (not 46) represents what was always understood by the ancient Jews and early Christians. We can respect the Apocrypha to a certain level. I find for instance much help in filling in the history of the 400 years between Malachi and Matthew when I read 1 Maccabees. I am touched by the martyrdom of seven Jewish sons before their mother’s eyes for refusing to compromise their Jewish faith in 2 Maccabees. The Jewish mind that wrote the “Song of the Three Holy Children” was pious in their imagination in speculating what Shadrach, Meschech, and Abdnedgo may had prayed when in the fiery furnace. Nevertheless, let me give you two reasons why we cannot accept these books as the Word of God.

1. There are no prophecies.

In my reading the Apocrypha, I never come away concluding that they are of the same caliber as the Old Testament canonical books. There is no prophecy in them (compare 1 Maccabees 9:27; 14:41). 1 Maccabees 9:27 “There was great tribulation in Israel, the like of which had not been since the time prophets ceased to appear among them” (New American Bible, revised edition). 1 Maccabees 14:41 “and that the Jewish people and their priests had decided the following: Simon shall be their leader and high priest forever until a trustworthy prophet arises”  (New American Bible, Revised Edition). The distinguished scholar Bruce Metzger has noted in his Annotated Edition of the Apocrypha that the phrase “thus says the Lord” never appears in any of the Apocrypha. In the canonical Old Testament books (i.e. our 39 books), this phrase “thus says the Lord” occurs over 3,000x. In the Canonical Old and New Testament books, we have 700-800 prophetic predictions, with two-thirds fulfilled already in history. The Apocrypha never contribute one prediction that is evidenced by historical fulfillment, let alone any that would point the way to the Lord Jesus Christ.

2. They contain errors in doctrine and history.

At times there are inaccuracies, such as Tobit mistaking the time of the Assyrian Empire for the Babylonian Empire that emerged 200 years after the fact, as well as teaching a form of salvation by works in Tobit 12:9. Greek Scholar Bruce Metzger edited an annotated edition of the Apocrypha, citing nearly ten inaccuracies in Tobit, drawing the conclusion that the book is a work of fiction, rather than history. 2 Maccabees 12:43-47 teaches offering prayers for the dead, a main reason for the Roman Catholic Church adopting it into its canon to support its doctrine of Purgatory developed in the Middle Ages.  The books of “Bel and the Dragon”, “The Song of the Three Holy Children”, “Judith” and “Susanna” are inserted by the Roman Catholic Church into the text of the Book of Daniel in their Bibles. These four books are to be taken as fictional records, rather than actual events.

The Jews, Jesus and the Apostles, and the early church of the first 300 years never accepted them into the Old Testament Canon.

The Jewish philosopher Philo, a contemporary of Jesus, never once quoted the Apocrypha in all his writings, citing only the Old Testament canonical books. The Jewish historian Josephus, though quoting from the books of 1 and 2 Maccabees, uses them only for their historical value, and not as Scripture. In his book “Against Apion”, Josephus mentions the books which the Jews regarded as Scripture, corresponding to what would be our 39 book Old Testament Canon. Jesus never quoted the Apocrypha as Scripture, but only referred to the “Law and the Prophets and the Writings”, that is, the Hebrew Old Testament canon (see Luke 24:27,44). The New Testament contains not one quotation from the Apocrypha nor does it attach the well-known phrases “thus says the Lord” or “it is written” to any other sources is quotes outside the canonical Old Testament. This pattern persists into the early church as one reads a collection of early church writings known as “The Apostolic Church Fathers”.

Although we may use the Apocrypha as sources for better understanding what the Jews believed in between Malachi and Matthew, grasping the history of that 400 year period, and even enjoying a good bit of religious fiction, the Apocrypha ought never be used to establish doctrine nor ever be considered inspired Scripture that saves and feeds the soul.

Posted by mahlon at 3:24 PM No comments: