God's Provision before the need 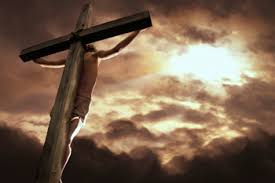 Deuteronomy 25:1-3 “If there is a dispute between men and they go to court, and the judges decide their case, and they justify the righteous and condemn the wicked, 2 then it shall be if the wicked man deserves to be beaten, the judge shall then make him lie down and be beaten in his presence with the number of stripes according to his guilt. 3 He may beat him forty times but no more, so that he does not beat him with many more stripes than these and your brother is not degraded in your eyes.

In today's blog we want to look at a principle I find frequently throughout the Old and New Testament: "God's provision before the need".1

How is it that God provides before the need?  How was it that He provided for His people, Israel, back in the Old Testament concerning their needs? Furthermore, how do the provisions recorded in passages such as Deuteronomy 25-26 reveal the greatest need of mankind: salvation?  To answer these questions, I want to first of all list mankind's three ultimate needs, followed by the specific provisions for specific needs in Deuteronomy 25-26, with a final section showing how God was going to meet man's ultimate need through His ultimate provision - Jesus Christ.

Specific Provisions  in Deuteronomy 25-26
Now just tuck those ultimate needs in the back of your mind, because in a moment we will return to them.  In Deuteronomy 25 we want to highlight three provisions God was prescribing for His people.  These laws may appear random and irrelevant, however all scripture is Divinely inspired and is profitable. (2 Timothy 3:16).

The first provision is a legal provision (Deuteronomy 25:1-4).  The need was going to be for a justice system in the promised land once the Jews crossed over after Moses' death.  How would they know how to punish offenders, and what standards would they use to exercise justice?  God spells that out by not allowing criminals to be beaten with more than 40 lashes (one of the chief punishments in the ancient world).

The second provision was a relational provision (Deuteronomy 25:5-10).  Lets say you were a woman who had not born a child for your husband. Suddenly he dies, leaving you a widow.  In a culture where carrying on a person's name meant everything, God prescribed that the nearest male relative to the dead husband marry the widow to carry on the dead man's bloodline.  The Book of Ruth illustrates this prescription most clearly, with Ruth the Moabitess losing her first husband, and later on being wedded to that man's nearest of kin - Boaz.  This relational provision, spoken of elsewhere in the Old Testament, is what we call "The Kinsman Redeemer".  Such a provision ensured the continuation of a man's name and bloodline, as well as ensuring the widow provision and protection.

The third provision is a promise provision, found in Deuteronomy 26:1-11.  God had promised Abraham and his descendants the land of Canaan as an inheritance.  Once Moses died, those descendants would cross the Jordon River under Joshua's leadership into the promised land.  In order to demonstrate to themselves and to others that they were heirs to God's promise, God prescribed the "law of the first-fruit".  Simply put, whatever crops they grew, the first stalks of corn or wheat would be brought to the priest at the temple.  After rehearsing the redemptive account of God's delivery of their ancestors out of Egypt, the people would have proof from that "first-fruit" of God coming through on His redemption of them, and that better days for them were to come.

God's provisions meet the ultimate needs of man
Man's first ultimate need is payment for sin.  Whenever you read that legal provision in Deuteronomy 25:1-3, do not dismiss it as a random law.  Its purpose was to be in place and to point to what Jesus would do in meeting the need for payment of sin.  Jesus was flogged in preparation for the cross.  Isaiah 53:5 predicts - "But He was pierced through for our transgressions, He was crushed for our iniquities; The chastening for our well-being fell upon Him, And by His scourging we are healed." 2

Man's second ultimate need is a Personal Savior.  God prescribed a personal provision ensuring the continuation of man's bloodline by means of his near of kind marrying his widow.  The book of Ruth illustrates Deuteronomy 25:5-10 most wonderful with the story of Boaz' redemption of Ruth and his loving marriage to her.  The outcome?  Read the end of Ruth and you will find a genealogy leading to King David! What's the big deal?3  God's provision of an immediate need in Deuteronomy 25:5-10 prepared to meet the ultimate need of sinners - the Personal Savior.

Now what about man's third ultimate need - Promise of  resurrection? Will death have the final word? Men like Job in Job 14:14 ask the perennial question: "if a man dies, can he live again? All the days of my struggle I will wait until my change comes." Recall how God had made a provision of promise for His people in Deuteronomy 26:1-11 by way of the "first fruits".  They could testify God's promises to them both then and for the future were true and real because of the evidence of crops.  For the Christian, how can it be determined that the Bible is true and Christ is who He said He is? Furthermore, what tells the sinner that the salvation being offered to them is genuine, life-giving hope? Twice in 1 Corinthians 15:20,23 we are given the answer: Christ's resurrection from the dead is His first-fruit, evidence for the promise of resurrection and eternal life.  Moreover, Christians themselves are termed "first-fruits" or "previews" of better things to come in Christ. (Romans 8:23; 1 Corinthians 16:15; James 1:18; Revelation 14:4).

Conclusion
God's provisions of these laws give us language whereby we can understand and appreciate the New Testament provisions of payment for sin, Personal Savior and Promised resurrection.  For every New Testament doctrine there is at least one, concrete Old Testament parallel.  Without Jesus Christ, the Bible would be another religious book.  However because of Christ, the New Testament in the Old is enfolded, and the Old Testament in the New is unfolded.  Scripture is God's Living Book!   It is God's Word, period! May you and I see that God indeed provides before the need arises.

Endnotes_____________
1. Whenever you read through sections like Deuteronomy, you have to keep in mind that Moses was preaching a series of three sermons and a final set of instructions to a new generation of Israelites. Moses was in the final month of his 120 year lifespan, making one final appeal to the people of God before his death and their entryway into the promised land. Deuteronomy's many laws, instructions and historical references may on first glance appear irrelevant to the 21st century saint. However whenever we see the verses of the Old Testament as pointing the way to Jesus Christ, rich gems can be mined.

2. Isaiah wrote those words 700 years after Deuteronomy 25:3 and 700 years before Christ's flogging recorded in Matthew 27:26. Coincidence? Hardly! Christ received injustice at the hands of wicked men to satisfy the justice of God. (Acts 2:24; Romans 5:6-10)

3. Matthew 1:1-17 gives us the full bloodline of the Savior, starting with Abraham, down through people like Boaz and Ruth, through David to Christ Himself.

Posted by mahlon at 7:32 AM No comments: