I can recall as a child receiving little "palm branches" to take home after a Palm Sunday celebration in church. This upcoming weekend will mark the celebration of "Palm Sunday" by Christians throughout the world. What is Palm Sunday? Why is this coming Sunday important? Please note the following points...

Jesus was preparing for what would be the week leading up to His crucifixion. In the cycle of Jewish fesitivals, Passover Week was getting underway. The day in which Jesus rode into Jerusalem on a Donkey was the day the passover lambs were officially chosen by each Jewish family to begin preparation for what would be their slaughter by Thursday night of that week.

This particular day was part of the original Passover liturgy instituted by Yahweh to the people through Moses in Exodus 12:3-6 -

"Speak to all the congregation of Israel, saying, ‘On the tenth of this month they are each one to take a lamb for themselves, according to their fathers’ households, a lamb for each household. 4 Now if the household is too small for a lamb, then he and his neighbor nearest to his house are to take one according to the number of persons in them; according to what each man should eat, you are to divide the lamb.5 Your lamb shall be an unblemished male a year old; you may take it from the sheep or from the goats. 6 You shall keep it until the fourteenth day of the same month, then the whole assembly of the congregation of Israel is to kill it at twilight."

The lamb was raised for an entire year and named by the family. At the time of the lamb's "selection", it was deemed "ready" for the Passover. Jesus came as "the Lamb of God" - i.e as the "Choice Lamb". He was prepared from before the foundation of the world by the Father (John 1:29; Revelation 5:6). The Son came willingly of His own accord (see Hebrews 10:5-7). and is described in passages such as 1 Corinthians 5:7 as the lamb of God. So Palm Sunday focuses our attention upon preparation to worship the Lord Jesus Christ.

Matthew records that when Jesus efforts of riding into Jerusalem were not random. The Jews were looking for a Messiah that would fit their profile of a political conqueror to overthrow Rome. Much of the 1st century Jewish expectation of Messiah was colored by the Jewish revolts led by the Maccabean brothers against the Seleucid armies in 168-165 b.c. According to the apocryphal book of 1 Maccabees and the 1st century Jewish historian Josephus, the Seleucids were led by a diabolical leader named Antiochus Epiphanes. Antiochus' schemes included trying to pervert Jewish worship. The Maccabean revolts not only withstood such attempts, but resulted in temporarily freeing Jerusalem from the tyranny of the Seleucids. Soon after this event, the Jews minted coins with Palm branches commemorating this event. 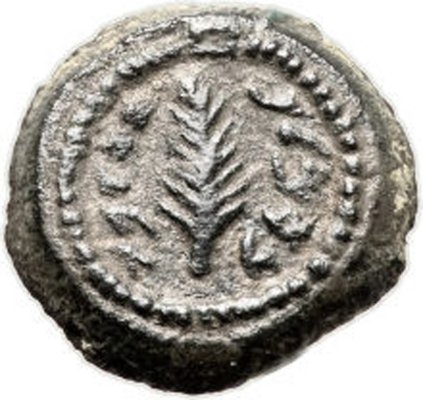 By Jesus' day, many Jews were hoping to have a Messianic figure that would once more do away with the iron grip of their captors (in this instance, the Romans).

Jesus did not come to overthrow Rome. Instead, the purpose for Jesus' riding into Jerusalem was to fulfill prophecy. Zechariah 9:9, composed by Divine inspiration some 520 years prior to this event, is quoted by Matthew in Matthew 21:4-5 -

"This took place to fulfill what was spoken through the prophet: 5 'Say to the daughter of Zion, ‘Behold your King is coming to you, Gentle, and mounted on a donkey, Even on a colt, the foal of a beast of burden.’”

Everything that Jesus did was not random nor accidental - but intentional. Even the riding of a donkey was to remind the people that He was the rightful "King of the Jews". The ancient practice of coronation of Israel's kings included them riding on mules (compare 1 Kings 1:38). Jesus was yielding Himself to His Father's will as He made His way to Calvary. So Palm Sunday is important due to how it prepares the heart for Jesus and prophetic fulfillment.

Just as those lambs were formally prepared, they were also presented. When Jesus came riding into Jerusalem on a Donkey, He was presenting Himself as Israel's King. Many people in that scene were asking questions regarding Jesus' identity. One of the aims of Jesus' actions was to send a message to the Jewish leadership and to the nation - "here is your King". According to passages like Isaiah 53, He would be not only be the Lamb of God, but also a rejected Savior. This idea once again reminds us that when Jesus had rode through on that first "Palm Sunday", He was fulfilling prophecy. The people who were crying "Hosanna" would within a week's time shout "crucify Him." So notice the three reasons we've covered thus far pertaining to Palm Sunday's importance: preparation, prophetic fulfillment and presentation of Jesus to His people. Now lets consider one last reason why Palm Sunday is important.

"When He had entered Jerusalem, all the city was stirred, saying, “Who is this?” 11 And the crowds were saying, “This is the prophet Jesus, from Nazareth in Galilee.”

Once Jesus had rode into Jerusalem, it was His way of officially concluding the public ministry phase of His first coming and entering into what many theologians call His "passion" (from a Latin root meaning "suffering"). Luke's version includes the following detail of Jesus weeping over Jerusalem following His triumphal entry in Luke 19:41-44

"When He approached Jerusalem, He saw the city and wept over it,42 saying, “If you had known in this day, even you, the things which make for peace! But now they have been hidden from your eyes. 43 For the days will come upon you when your enemies will throw up a barricade against you, and surround you and hem you in on every side,44 and they will level you to the ground and your children within you, andthey will not leave in you one stone upon another, because you did not recognize the time of your visitation.”

Jesus' weeping was due to His foresight into what would be the destruction of Jerusalem in 70 A.D. Readers can consult historic works such as Flavius Josephus (a first century Jewish Historian), who records the horrendous details of that sequence of events that were fulfilled as Jesus had predicted. Jesus' emotional anguish over the people rejecting God's plans and purposes through Him would get deeper by the end of the week. The emotional anguish would turn into physical agony on the cross. The physical and emotional agony would compound to spiritual agony that He would endure in His humanity while at the same time experiencing the anguish of the pains of sinbearing as the Divine Son. As the God/man, Jesus would passionately face crucifixion.

Praise be to God! The true triumph of the pending "holy week" would not lie ultimately in His riding into Jersualem, but rather in His death on the the cross and triumphal resurrection three days later outside the Holy City!

So in today's post we have looked at four reasons why Palm Sunday is significant:

1. Preparation for worshipping Jesus
2. Prophetic fulfillment
3. Presentation of the King
4. Passion week leading to crucifixion and then resurrection.

Posted by mahlon at 1:02 PM No comments: