What is a parable? 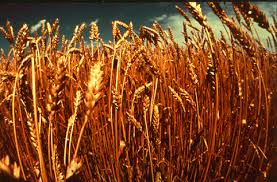 Matthew 13:1-3b "That day Jesus went out of the house and was sitting by the sea. 2 And large crowds gathered to Him, soHe got into a boat and sat down, and the whole crowd was standing on the beach. 3 And He spoke many things to them in parables....".

Introduction:
Whenever we survey the 3 1/2 year ministry of Jesus Christ, we discover the following patterns that marked what he did:

It is that last category that will be the focus of today's post as we consider the subject of parables. According to many Bible teachers, Jesus' parables comprised roughly 1/3 of His overall teaching and preaching ministry. In Matthew 13 we see what is perhaps one of his most well-known parables, the "parable of the soils". Certainly exploring Jesus' parables is a worthwhile study that can enable people to better understand who Jesus is, His aims and for preachers - how to communicate God's truth in fresh ways. But before going any further, the question must be asked: "what is a parable"?

Defining and identifying parables
The word "parable" itself comes from a combination of two Greek words "para" (meaning alongside, as in "parallel") and "ballo" (to cast or throw).  Thus in a parable I am "throwing alongside" an ordinary object, situation or story a corresponding spiritual truth. That meaning at least covers the essence of parables in the New Testament, particularly as they relate to Jesus' teaching.  The reader must note though that parables make there appearance throughout the Old Testament centuries before Jesus came on the scene.  In the quote below, we see just how much detail and variety existed in the Old Testament concept of "parable".

The Old Testament is where we first find parables or parabolic type teachings
Herbert Lockyer, the prolific commentator and Bible teacher of years past, writes concerning the meaning of parables in the Bible:
In the Old Testament the Hebrew word for 'parable' is Mashal, meaning a proverb, similitude, parable. In a wide range of use this word 'covers' several forms of picturesque and suggestive speech - all those forms in which ideas are presented in the robes of imagery. As its applications are thus varied, it is variously translated in our English version. The root idea of 'Mashal' is 'to be like,' and often refers to 'the sentences constructed in parableism' so characteristic of Hebrew poetry. The word is never used in the naroow technical sense of its counterpart in the New Testament."1

According to Lockyer, many of the poetic books would fall under this broader definition of "parable". Books like Proverbs, which contain short little witty sayings would be prime examples. Many of the Prophets used parables when communicating to their hard-hearted audiences.  In the Matthew 13 passage from whence our opening text derives, Jesus quotes Isaiah 6:9-10 in His explanation of why He Himself chooses to use parables in His teachings.

Bible scholar Roy B. Zuck writes about how parabolic sayings or stories were used in the Old Testament, with some example verses:
"Some parables also occur in the Old Testament. It is used of short sayings: 'Is Saul also among the prophets?" (1 Samuel 10:12) "From evil doers to evil deeds" (24:13). In these sayings the question or statement in the form of a popular proverb points to the likeness between the statement and the reality. The maxims or wise sayings in the Book of proverbs compare those observations with realities in daily life (Prov. 1:1,6; 10:1; 25:1). Zuck further explains how much variety exists in the Old Testament usage of parabolic teaching: "oracles (Numbers 24:20-23), taunts (Isaiah 14:4), bywords in which a person is seen as undesirable to others (Job 17:6; 30:9; Psalm 44:14), and of lengthy discources (Job 27:1; 29:1). Zuck then notes an additional category: "dark sayings or riddles, as in Psalms 49:4 and 78:2."2

The New Testament is where we see parables being used more specifically and strategically by Jesus
Whenever we come to the New Testament, we discover that as many times as we read of parabolic type teachings in the Old Testament, Jesus is the One who is seen speaking the majority of parables in the Bible. Roy Zuck notes: "Most of the parables were told by Jesus....Matthew and Luke record most of the parables.  Matthew has 18, with 11 of them unique to him.  Luke has 22, with 7 of them in common with Matthew, and 15 others unique to Luke. Mark has only 5, with only 2 of them unique to his Gospel and both of them are short (Mark 4:26-29; 13:34-37).3 Most Bible commentaries and dictionaries place the number of parables told by Jesus in a range between 50-70 (since some parables are parts of larger ones, which is why the actual count differs between interpreters).


With the Old and New Testaments briefly surveyed in identifying some key places and general definitions of parables, let us now finish up today's post noting the key traits of a parable, and how to interpret them.

In understanding some of the key characteristics of Jesus' parables, various scholars and key texts on Bible interpretation (hermeneutics) aid us in noting some of major marks:

1. Jesus will oftentimes tell his parables in a three-part form (a master and two contrasting sub-ordinates, as in the parable of the father, the prodigal son and his older brother in Luke 15); a two-part from featuring two contrasting figures (the Pharisee and Tax-collector in Luke 19:9-14) and two-part parables giving way to one key point (as in the tower-builder and warring king in Luke 14:28-33).4

We could go on but it is very clear that in any study of parables in general, and Jesus' parables in particular, much insight in the Christian life, the scriptures and Jesus' Himself can be gained.

Endnotes:
1. Herbert Lockyer. All the Parables of the Bible. Page 10

4. William Klein, Craig Blomberg & Robert Hubbard. Introduction to Bible Interpretation. Page 338. In their book the authors use the technical terms of what I summarized above as referring to triadic pattern (3-part); dyadic (2-part) and monadic (1-part) structures in parables.