The significance of Christ redeeming men rather than angels 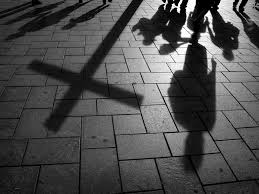 Introduction:
Recently I came across a section from the 17th century theologian Steven Charnock's classic work: "The Existence and Attributes of God" that I felt had to be shared with you who read this blog. In the piece, Charnock explains how we may consider the height of God's goodness in redemption as exceeding the goodness He displays in creation. In perhaps no other work have I read such a clear explanation behind the significance of Christ having came to redeem men rather than angels. The piece is rich and I hope you find it edifying. 1

It (God's goodness shown in redemption towards man) was a greater goodness than was expressed towards the angels.

"The Son of God did no more expose his life for the confirmation of those that stood, than for the restoration of those that fell; the death of Christ was not for the holy angels, but for simple man; they needed the grace of God to confirm them, but not the death of Christ to restore or preserve them; they had a beloved holiness to be established by the powerful grace of God, but not any abominable sin to be blotted out by the blood of God; they had no debt to pay but that of obedience; but we had both a debt of obedience to the precepts, and a debt of suffering to the penalty, after the fall.

Whether the holy angels were confirmed by Christ, or no, is a question: some think they were, from Col. 1:20, where “things in heaven” are said to be “reconciled;” but some think, that place signifies no more than the reconciliation of things in heaven, if meant of the angels, to things on earth, with whom they were at enmity in the cause of their Sovereign; or the reconciliation of things in heaven to God, is meant the glorified saints, who were once in a state of sin, and whom the death of Christ upon the cross reached, though dead long before.

But if angels were confirmed by Christ, it was
by him not as a slain sacrifice, but as a Sovereign Head of the whole creation, appointed by God to gather all things into one; which some think to be the intent of Eph. 1:10, where all things, as well those in
heaven, as those in earth, are said to be “gathered together in one, in Christ.”

Where is a syllable in Scripture of his being crucified for angels, but only for sinners! Not for the confirmation of the one, but
the reconciliation of the other; so that the goodness whereby God continued those blessed spirits in heaven, through the effusions of his grace, is a small thing to the restoring us to our forfeited happiness, through the streams of Divine blood.

The preserving of a man in life is a little thing, and a smaller benefit than the raising a man from death. The rescuing a man from an ignominious punishment, lays a greater
obligation than barely to prevent him from committing a capital crime. The preserving a man standing upon the top of a steep hill, is more easy than to bring a crippled and physical man, from the bottom to the top. The continuance God gave to the angels, is not so signal a mark of his goodness as the deliverance he gave to us; since they were not sunk into sin, nor by any crime fallen into misery."

2. The electronic version of Charnock's work is quoted in today's post and the address is:
http://servantsplace.org/wp-content/uploads/2012/12/Existence-and-Attributes-of-God-by-Stephen-Charnock.pdf

Posted by mahlon at 6:36 AM No comments: