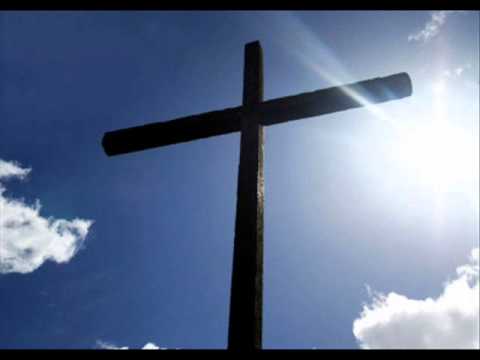 Titus 3:4-5 "But when the kindness of God our Savior and His love for mankind appeared, 5 He saved us, not on the basis of deeds which we have done in righteousness, but according to His mercy, by the washing of regeneration and renewing by the Holy Spirit."

Introduction and review
We began yesterday to think about the title given to Jesus in the New Testament: "Savior of the world". Such a notion is rooted in God's revelation of Himself in the Old Testament. We explored how God is the eternal redeemer. Further thought included how God subsists through the Three Persons of the Trinity, with each Person full expressing this Divine reality of God as Savior. We ended yesterday reflecting upon how the New Testament demonstrates Jesus Christ as Savior in two respects: Savior of the world and Savior of His people (the church). Today we want to move onto grasping what is meant when we say Jesus Christ can be your Personal Savior.

How the Savior of the world, who came to save His people, becomes each believer's personal Lord and Savior
The idea of God being the Personal Savior of His people isn't just a New Testament idea. In 2 Samuel 22:3, David speaks of God being his "Savior and Redeemer". Such personalized language was how the Old Testament saints came to understand their personal relationship with Yahweh. Granted, Yahweh's relationship with His people was understood in more national terms than personal. Nonetheless, the personal dimension was there, not only with respect to David, but with Abraham (Genesis 18); Moses (Exodus 33); Job (38-42) and others.

When we come into the New Testament, we find Jesus Christ engaging in personal conversations with people. The acknowledgement of Jesus as "Savior of the world" by the Samaritans in John 4:42 follows on the heels of the Samaritan's woman trust in Him as Personal Lord and Savior. Clearly the understanding of Him as "Savior of the world" was illumined by the Spirit to her, with her in turn freely associating herself with the need to trust in Him by saving faith.

Reflecting upon such conversion experiences as the woman at the well in John 4 reminds us of what is now the Holy Spirit's mission in drawing lost sinners to Jesus Christ. The Spirit's job in coming into the world - following Jesus' ascension - was to search and rescue. Search and rescue missions are distinct in that the prospect of finding life is included. In this instance, the Spirit is the one that imparts life to sinners at the moment of saving faith (James 1:18; 1 Peter 1:23). The sinner's genuine response of saving faith is necessary and sufficient for them to be justified or declared "righteous" by God and credited with all that Jesus did.

The Spirit's search and rescue has the expectation of finding all kinds of people from every nation (John 16:8-12). The Bible doesn't teach universal salvation, but instead teaches the Savior offered to all in the Gospel in a legitimate offer. All who embrace Jesus do so because of grace (like Lydia the purple trader in Acts 16:14 who was the first convert to Christ on European soil).  All who reject Jesus due so because of their own accord and choice to reject such grace (see Acts 13:46-47).

Salvation entails God opening eyes and hearts and people convinced in their free and genuine response to the Spirit's call to believe on Jesus Christ as personal Savior. Such an event is a Divinely wrought miracle in the human soul that is called by scripture "regeneration".

The Baptist Faith and Message 2000 summarizes:  Regeneration, or the new birth, is a work of God's grace whereby believers become new creatures in Christ Jesus. It is a change of heart wrought by the Holy Spirit through conviction of sin, to which the sinner responds in repentance toward God and faith in the Lord Jesus Christ. Repentance and faith are inseparable experiences of grace.

The result of the new birth involves the sinner embracing Jesus Christ - who being Savior of the world and Savior of His people, becomes Personal Savior and Lord (John 1:12-13; 16:8-12)

Closing thoughts
Time was taken today and yesterday to consider the meaning of Jesus as "The Savior of the world"; "Savior of His people" and "Personal Lord and Savior". In short, He always was and will ever be the Redeemer. He came into the world to save the world in one sense and to be the Savior of His people in another sense. Upon the reception of God's free offer of faith in saving grace, such a genuine response takes in Jesus Christ as one's Personal Savior. Such thoughts capture the overall scope of the Bible's revelation of Jesus as "The Savior".

We also saw how the Son had agreed with the Father and the Spirit in eternity to come and incarnate Himself as the historic person of Jesus of Nazareth. He would, in His assumed humanity - die, rise and ascend. As God, the Son would ever remain Deity veiled in true humanity and humanity expressing forth the glory of deity. He is the God man, the One mediator, the Savior. The question is: have you trusted in Him as your own?
Posted by mahlon at 9:25 AM No comments: