Understanding the Law of God: The Third Use Of The Law - Helping The Christian To Delight in Jesus and Hate Sin 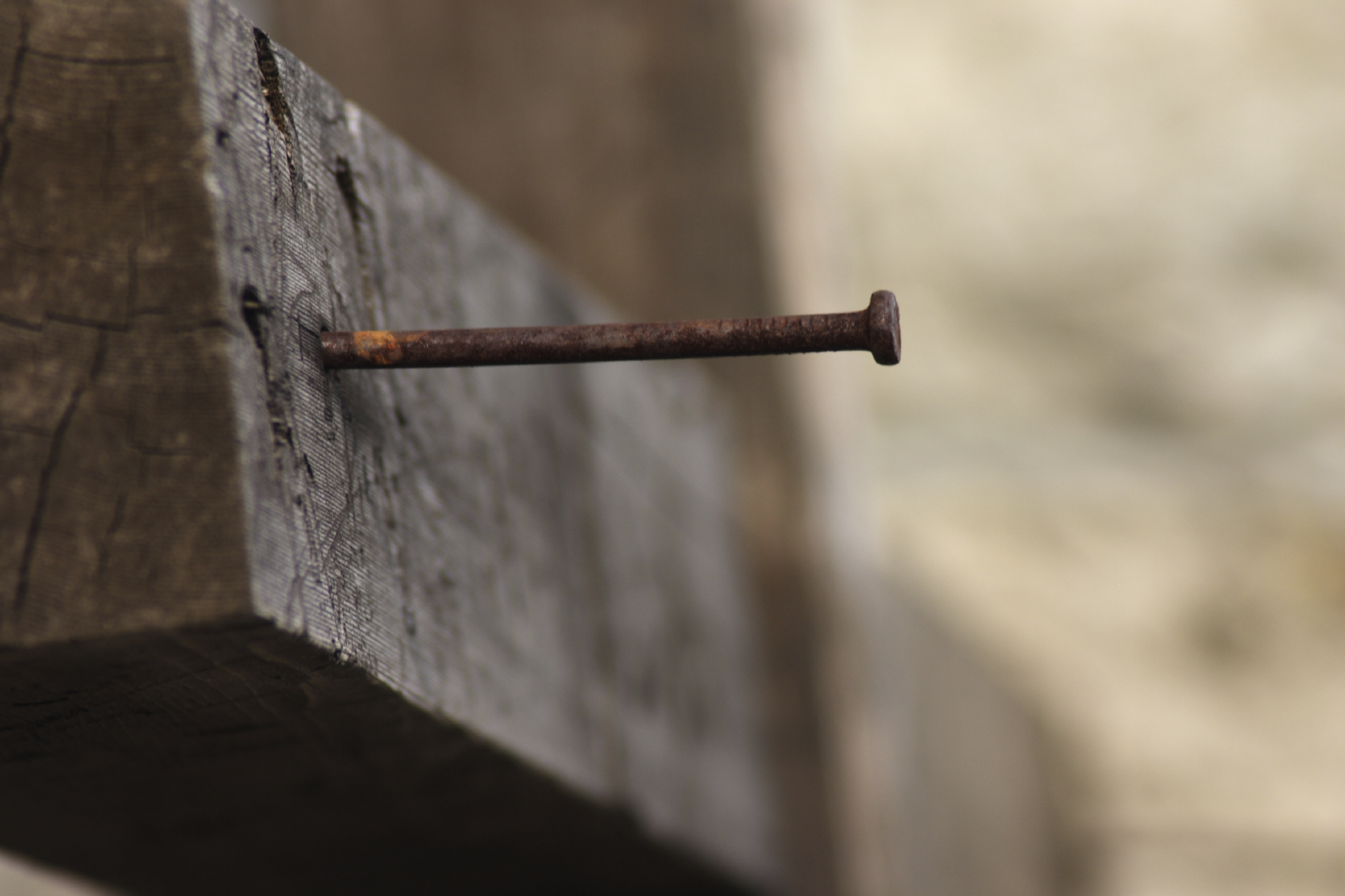 Romans 7:21-23  "I find then the principle that evil is present in me, the one who wants to do good. 22 For I joyfully concur with the law of God in the inner man, 23 but I see a different law in the members of my body, waging war against the law of my mind and making me a prisoner of the law of sin which is in my members."

The last two posts have been devoted to better understanding how God's Law functions in the Bible. We have been utilizing a method of designation called "the three uses of God's law" to walk our way through this important subject. So far we have observed two of these three uses:

2. To demonstrate to the sinner their need for Christ.

One could say that the first use of the law of God applies to civil life whereas the second use applies to the need for eternal life. Without hardly any exception, most Bible teachers readily acknowledge these first two categories.

Today we want to consider what theologians consider to be "The Third Use of the Law." Admittedly, not all are in exact agreement on this detail. Some deny that the law of God even applies to the Christian. Others claim that the law functions differently for the Christian, depicting for them in written form the life of obedience that Christ-fulfilled and which ought to be born through ever-increasing fruit in their own life. We will explore the legitimacy of this category and see how it can shed further light on our overall understanding of the Law of God.

The Law's third use: Delighting the Christian in Christ and urging the Christian to hate sin
When Jesus came, He fulfilled the Law of God (Matthew 3:15). Thus at saving faith, not only is the righteousness earned by Christ's death credited (imputed) to the believer, but also the life that He lived. The Ten commandments function to point the Christian to Jesus Christ as their confidence, since it is He who is living His life through us by the Holy Spirit's work (Colossians 1:27).  God's law, with respect to the Christian, is a means to provide focus upon the proper end - Christ Himself. Its not that I aim to live by "law keeping", rather I can live the Christian life because the requirements of the law are deemed fulfilled in me (2 Corinthians 5:21).

Sometimes people will quote Galatians 6:2 in an attempt to show that the law of God has no application to the Christian. Galatians 6:2 reads - "Bear one another’s burdens, and thereby fulfill the law of Christ." Another passage I've heard quoted on occasion in dismissing the third use of the law is Philippians 3:9 "and may be found in Him, not having a righteousness of my own derived from the Law, but that which is through faith in Christ, the righteousness which comes from God on the basis of faith." When we look at these two verses of scripture, it seems we find more support than objection to the relevance of the Law of God (which we would say is the ten commandments).

Christ of course came to fulfill the law of God in His perfect active obedience and passive, willing obedience on the cross. To fulfill the "law of Christ" is in effect to say I am relying upon Him who fulfilled the law of God. When I look to the law of God as a Christian, I see what it is Christ did for me. I see that there would be no way I could fulfill the ten commandments. Christ of course did away with the ceremonial aspects of the Mosaic Law (the Levitical priesthood and its attendant sacrifices), as revealed in the Book of Hebrews. The moral law of God was illustrated in the ceremonial and civil laws (the civil laws dealt with how Old Testament Israel was to live in the promised land).

Since Christ has fulfilled those latter two categories of laws, it stands to reason that He is the supreme embodiment of the fulfillment of the ten commandments. If anything, the law of God reminds me of my need to rely on Jesus' righteousness while craving to live a life that more and more approximates the moral standards spelled out in God's law and inscribed upon my heart by the Holy Spirit at salvation. In short, the law of God for the Christian functions to reinforce hatred of sin and delight in Jesus.
The Law for the Christian shows us what delighting in Christ should look like
As Christians, though we are saved by grace through faith apart from the law, our salvation is not a faith that operates lawlessly. The Holy Spirit's fruit of attitudes and actions do not conflict with the intent of God's moral law (Galatians 5:22). When Jesus summarized the entire law in Matthew 22:37-39 as loving God and loving my neighbor, He was showing that God's love, working in and through me, is pictured by the truth of the ten commandments. When He preached His sermon on the Mount in Matthew 5-7, the foundation for all ethics in the New Testament, He used the law of God as His base. As noted earlier, Christ fulfilled the ceremonial and civil commands of God's law in Moses, however the moral intent of the law in the ten commandments were revealed to picture Christ in written form.

How valid is the notion of the third use of the law in the history of Bible interpretation?

It is sometimes helpful to check one's understanding of the Bible against the historic testimony of the church itself. The great 19th century Baptist minister Charles Spurgeon was an advocate of this third use of the law as seen in his description of it in his sermon entitled: "The Uses of the Law" -

"Therefore, God has written the law, that when we read it we may see our faults; that when we look into it, as into a looking-glass, we may see the impurities in our flesh, and have reason to abhor ourselves in sackcloth and ashes, and still cry to Jesus for mercy. Use the law in this fashion, and in no other."

The Lutheran Formula of Concord, containing various documents issuing from the 16th century reformer Martin Luther, his students and other ancient Christian creeds and doctrinal statements, has the following to say about this use of the Law:

"But we must also explain distinctively what the Gospel does, produces, and works towards the new obedience of believers, and what is the office of the Law in this matter, as regards the good works of believers."

One final example from church history will suffice in showing the historic pedigree of the notion of the relevance of the ten commandments to the Christian. The early church of the first three centuries taught this view point regarding the use of the law of God in teaching the Christian to delight in Christ and hate sin. The mid-second century work entitled "The Didache" was composed as a practical how-to guide for Christian converts. In the edition of the "Apostolic Fathers" translated by Michael Holmes, we find the following excerpt from his rendering of the Diadache, which begins accordingly...

"There are two ways, one of life and one of death, and there is a great difference between these two ways. Now this is the way of life: First, you shall love God, who made you. Second, you shall love your neighbor as yourself."

As one reads on into the first through four opening chapters of the Didache, ample quotations from Jesus' Sermon on the Mount in Matthew 5-7 and the ten commandments provide structure for the Christian converts progress in Christian growth and the spiritual and moral life of virtue. In Didache 4:14 we read this summary of the "Way of Life" as prescribed by the writer:

"In church you shall confess your transgressions, and you shall not approach your prayer with an evil conscience. This is the way of life."

The point of bringing up these quotes is to demonstrate how credible, mature, godly Christians of centuries past applied and understood the Biblical teaching of the Law of God as it pertains to the Christian. Of course, we must ever submit any secondary source like church history to the final source of authority - the Word of God. Nevertheless, we can say that we are in lines with historic, Bible believing Christianity in terms of commending the relevance of God's law to the Christian in terms of how it urges them to delight in Jesus and hate sin.

To wrap it up: If anything, ten commandments point to the need for Grace to live the Christian life
The the ten commandments function to show me what should be operating in my Christian life, since they reveal what Christ was like. If anything, Christianity exceeds the law. Law keeping would be concerned about: "what I have to do to get by", whereas Grace filled living goes further and says: "Why would I want to live for the Lord, since He is living in me so that I can live for Him." Delighting in God and not merely rule-keeping was the original intent of the law. As Paul reveals elsewhere in Romans, the Law could not make people delight in God. The Law demanded delight, pointing to the Grace of God in Christ - who alone through the Christian could fulfill God's desires.

Conclusion:
We have devoted the last three days discovering and better understanding God's law in the Bible. Our main motive was to clarify how it functions with respect to the proclamation of the Gospel, the unbeliever and the Christian. In all, we explored what has been called by Bible teachers "Three Uses of the Law. We deemed these three uses as follows:

1. First use of the law: Discourage rebellion and curb societal evil

2. Second use of the law: Demonstrate the need for the Gospel and Jesus Christ

It is hoped that these posts have proven beneficial. To God be the glory!
Posted by mahlon at 7:36 AM No comments: