What Jesus taught about scripture - making an argument to inerrancy 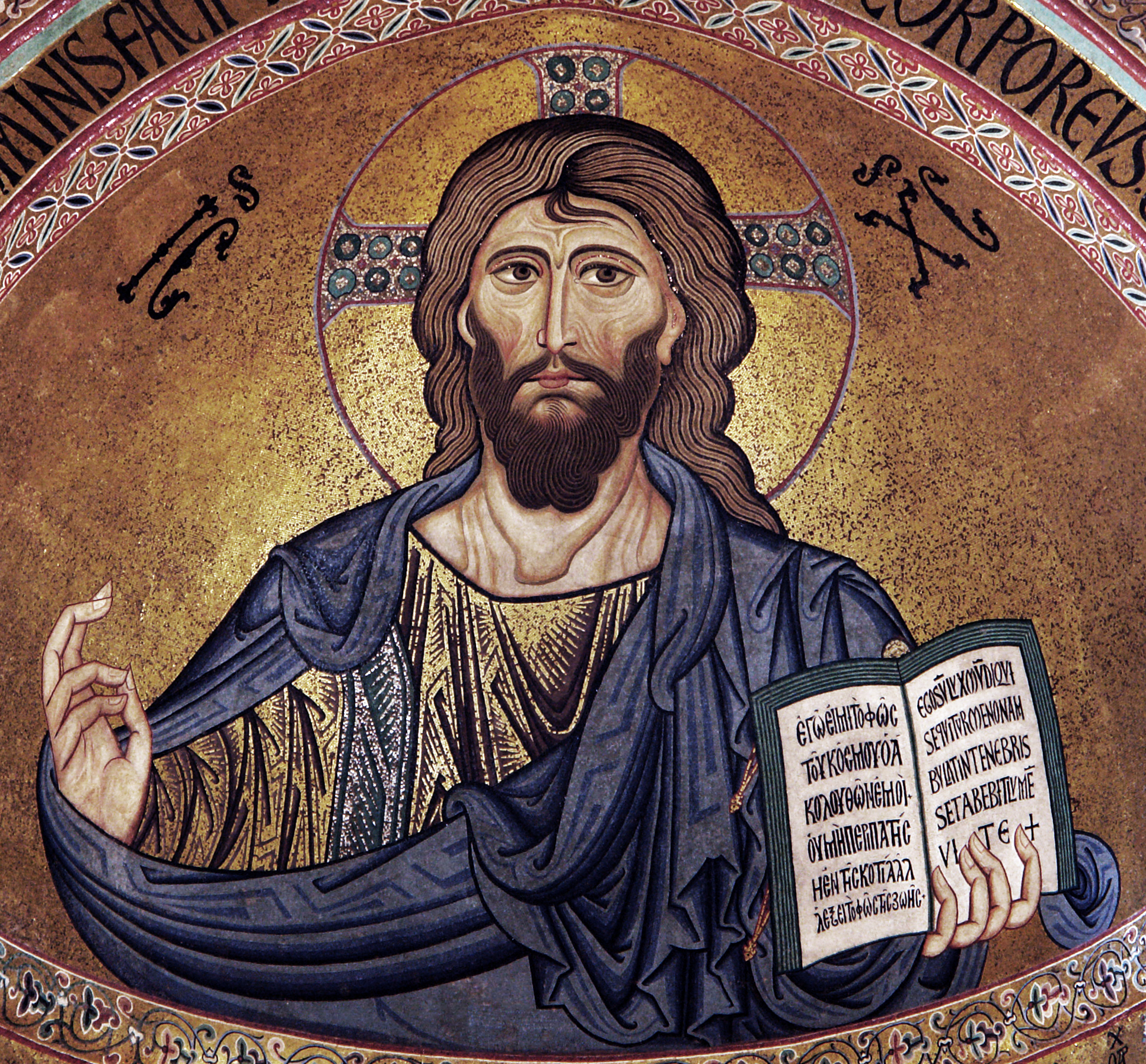 Luke 24:44 "Now He said to them, “These are My words which I spoke to you while I was still with you, that all things which are written about Me in the Law of Moses and the Prophets and the Psalms must be fulfilled.”

In the last two posts, we presented the first two parts of an argument: "an argument 'to' inerrancy". When we speak of Biblical inerrancy, we mean that the writings of the Old and New Testaments contained no errors as originally written by the prophets and apostles under the inspiration of the Holy Spirit. To state the doctrine positively: the original documents of the Old and New Testaments are totally true in every subject, even to their very wording, as revealed by God through the words written by the Biblical authors. Since we no longer have the original documents (also called "the autographs), we have to rely upon the thousands of copies and ancients translations to reconstruct the wording of the original text.

In our first post, we considered how through the science of textual criticism, we have an over 95% certainty in the Old Testament and 99.9% certainty of the original words in the New Testament, resulting in the preservation of the words of scripture. The first post in this series can be reviewed here:  http://www.growingchristianresources.com/2019/01/arguing-to-inerrancy-begins-by.html


The second post dealt with the historical reliability of the Bible - with particular focus on the New Testament Gospels. In as much as it is important to know that we have the wording of the original documents among copies and translations, the next issue to consider was whether or not these documents are historically reliable. By the combined disciplines of textual criticism and historical studies, the reader can arrive at the conclusion of the reliability of the the Bible in general, and the New Testament Gospels in particular. To see the details of the last post, the reader can click here: http://www.growingchristianresources.com/2019/01/p2-arguing-to-inerrancy-considers.html

Reliability is highly important, but, reliability does not get us to the goal of showing why the Bible as a collection of books is inerrant.  Today's post will conclude our three-part argument "to" inerrancy by noting Jesus' view of the Bible. Since we have established that we have access to the original wording of the Bible and that it is reliable, we can treat the Gospel records as first-hand sources of Jesus' life, teachings, death and resurrection.

1. Jesus taught that the scripture is inspired, inerrant and revealed by God.

In Jesus' day, the Old Testament (or Hebrew Bible, the Tanak, as it is sometimes referred) was the only Bible known. There were no New Testament books, since Jesus had not yet died, raised and ascended. The Old Testament books were revealed by God through the prophets in Hebrew (98% of the Old Testament text) and some Aramaic (2% of the Old Testament text). By the first century, almost every Jewish person in Israel spoke Aramaic, which meant that the copies of the scriptures read in the synagogues were Aramaic (called "Targums", meaning, "to interpret"). Other Jews throughout the rest of the Greco-Roman world had access to Greek copies of the Old Testament associated with the Septuagint Greek Old Testament (so-named due to the tradition that the project was translated by seventy Jewish scribes, symbolized by the Roman numeral LXX). The Septuagint (LXX) was translated over a period of a century, beginning in 275 b.c. It is likely that Jesus and the Apostles had familiarity with either the Aramaic Targums or Greek Septuagint.

There were of course copies of the Hebrew text, however, very few Jewish people knew the Hebrew. Despite various translations of the Old Testament in circulation by Jesus' day, His view of the Divine authority carried by such translations did not alter. Several key phrases that Jesus used to describe the scriptures attest to His views, which ought to inform us as to how to view our translations of the Old and by extension, the New Testament.

The final major term that Jesus used to describe the scriptures was the phrase "the Word of God". Whenever we use the phrase "word of God" to describe either the writings of the Old and New Testament or Jesus Himself, we are describing something or someone who speaks in God's place. Thus, Jesus used this phrase "word of God" in places such as Matthew 4:4; 15:6 / Mark 7:13 / Luke 8:11, 21; 11:28 / John 3:34; 8:47 / John 10:35.  In John 10:35, Jesus uses the particular phrase: "the word of God cannot be broken" to refer to scripture's infallibility (that is, it's incapability of ever being wrong or ever failing to be right).

2. Jesus' resurrection validates everything He taught and accomplished (including His views of scripture).

Having looked at Jesus's teaching on the character scripture,  we finally turn our attention to Jesus' resurrection from the dead. In making the historical case for Jesus resurrection, scholars refer to "facts" or details which they conclude are fundamental to verifying any historical event and it's meaning. There are four main facts that virtually all New Testament historians (whether believing or unbelieving practitioner) have arrived at as a consensus regarding Jesus's life and death.

A. Jesus died by crucifixion.

In almost a dozen sources outside the New Testament as well as the multiple attestation of his death in the four gospels and throughout the New Testament Epistles as well as Acts of the Apostles, there's hardly no debate that Jesus death by crucifixion occurred. Passages such as Deuteronomy 21:22 and Galatians 3:10-13 signify that Christ's death on the cross was viewed as a curse. On almost 10 occasions throughout his earthly ministry, Jesus predicted that he would be handed over to both the Jews and the Romans to be tried, falsely accused, and crucified.

B. The second fact that is agreed upon by the majority of New Testament historians is the discovery of Jesus's empty tomb three days following his crucifixion.

Whenever one reads all four gospel accounts in Matthew 28, Mark 16, Luke 24, and John 20, all four counts record that Jesus is empty tomb was discovered by his closest women followers. The testimony of women in the ancient world was viewed as inadmissible in a court of law. Yet, the fact that women are recorded as first-hand eyewitnesses attest to the genuineness of the accounts (referred to by historians as the "criterion of embarrassment).

Forty days following his resurrection from the dead, Jesus appeared on a dozen occasions to various groups, from believers to unbelievers, to individuals to all twelve of the Apostles and to even 500 Witnesses at one time. These eyewitnesses claim encounters the risen Christ despite there being no Jewish teaching of resurrections occurring before the end of the world. Virtually all New Testament historians count these claims by the eyewitnesses as a fact of historical investigation.

D. The fourth fact concerns the sudden change from skepticism to faith among those who were eyewitnesses of Jesus's post-resurrection.

We see for example the disciples who were hiding in fear at the end of all four gospels suddenly becoming robust evangelists of his resurrection in Acts of the Apostles. Jesus's own half-brother per Jesus' humanity, James, was converted to the belief that Jesus had raised from the dead (see 1 Corinthians 15). The persecutor of the early church, Saul of Tarsus, had a profound encounter with the Risen Christ and Acts chapter 9, and our accounts such in Acts 22, and 26.

The best explanation of these facts derives not from naturalistic theories (such as someone stole the body, or that Jesus's appearances were just hallucinations, or that the disciples somehow mistook the location of the tomb, or that it was a mass hoax). Instead, research has borne out in the last 200 years that the explanation: "God raised Jesus from the dead", has shown itself to be the most consistent explanation of all the facts just mentioned. And what does this have to do with the teaching of biblical inerrancy?

As we've already seen, Jesus taught that the scriptures are inerrantly the Word of God. He also taught that God, being perfect and thus incapable of lying, was the scripture's main Author (along with the human authors). Inerrancy follows from God's character (see Numbers 23:19; Titus 1:2; Hebrews 6:18). As we've seen in the foregoing historical argument for Jesus's resurrection from the dead, Jesus resurrection validates everything that He taught and lived. Therefore, by basing the doctrine of inerrancy on Jesus' teaching and resurrection, we have a firm foundation for the inerrancy scripture itself.

When we consider this foundation in addition to statements the Old Testament New Testaments makes about themselves make with reference to their inerrancy and historically verified fulfilled prophecy, we find  a two-fold foundation for stating the inerrancy of scripture: namely, what the scripture says about itself as well as Jesus's on teaching and resurrection. These twin pillars provide for us proper justification for firming the inerrancy of scripture.

Thus our argument to inerrancy is complete. We have seen that the words of the original manuscripts are preserved in our copies and translations. We've also seen that the biblical documents are reliable with respect to their recording of history and other matters. Then by seeing what Jesus taught about the scriptures, God, as well as his resurrection from the dead, we now can bridge to the conclusion that the Bible is inerrant as originally given and that this authority carries down to all our copies and translations.
Posted by mahlon at 7:51 AM No comments: