P1 - How every Christian is retaught the revelation of "Father" 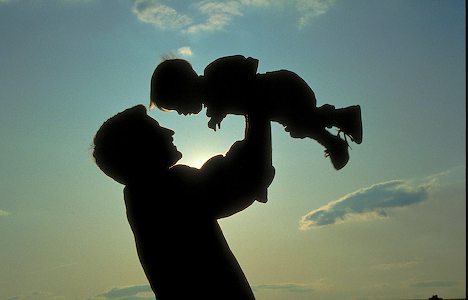 Galatians 4:6-7 "Because you are sons, God has sent forth the Spirit of His Son into our hearts, crying, “Abba! Father!” 7 Therefore you are no longer a slave, but a son; and if a son, then an heir through God."

Introduction:
Every reader has a father or had had one. Some readers had good dads, others had absentee ones. Some reading this post today may have had bad experiences or none at all. For others, perhaps your father passed away. Mine has been gone for two years. I miss him. In my Christian-life at least, I have found my own conception of "father" being constantly taught. Whatever the situation, everyone has had some experience of fatherhood.

Every Christian from conversion onward is being retaught about the concept and identity of "Father"
In the above opening verse of today's post, we find the Holy Spirit's ministry of aiding the Christian to verbalize God as "Abba" or "Father". As I said a moment ago, all of us have had some sort of experience with fathers. Even if one's experience was a good one, a "good dad" is still imperfect. There are times where even good dads will falter and fail. By nature, the father in human families functions as an illustration of the "Heavenly Father". Sadly, because of the fallen condition of our world, that "Father image" is expressed in broken ways. As Jesus teaches in Luke 11:13 "If you then, being evil, know how to give good gifts to your children, how much more will your heavenly Father give the Holy Spirit to those who ask Him?” It is this blogger's conviction that Satan's tactic is to undermine the concept and revelation of "Father" as much as possible, since knowing God the Father is so central to salvation.

More often-than-not, our human fathers give to us a certain image of father that we bring into our salvation experience. To experience salvation is to come to a true knowledge and relationship with God in the Person of the Father. Jesus defines what it means to have eternal life in John 17:1-3 "Jesus spoke these things; and lifting up His eyes to heaven, He said,“Father, the hour has come; glorify Your Son, that the Son may glorify You, 2 even as You gave Him authority over all flesh, that to all whom You have given Him, He may give eternal life. 3 This is eternal life, that they may know You, the only true God, and Jesus Christ whom You have sent."

Henceforth, the remainder of the believer's sanctification (that process whereby the Holy Spirit is conforming the Christian to the attitudes and actions of Jesus Christ as they co-operate with Him) is all about re-learning Who and what the Father is all about.

How God the Father has designed our Christian life to re-learn Who He is
When we take some time to think about how all of us must be retaught the meaning and revelation of God as "Father", we understand that this truth does not come naturally. In the natural realm, the concept of fatherhood is clouded, warped or utterly destroyed. As Christians, we come to appreciate the revelation of the Person of the Father as we come to terms with Who He is through the following:

1. The Son is needed to bring to us the Presence of the Father.
We find the following conversation between Jesus and one of his disciples in John 14:6-10 "Jesus said to him, “I am the way, and the truth, and the life; no one comes to the Father but through Me.7 If you had known Me, you would have known My Father also; from now on you know Him, and have seen Him.” 8 Philip said to Him, “Lord, show us the Father, and it is enough for us.”9 Jesus said to him, “Have I been so long with you, and yet you have not come to know Me, Philip? He who has seen Me has seen the Father; how can you say, ‘Show us the Father’?" For Phillip, who was a Jew, the concept of "Father" was viewed mainly in national terms - that is, Jehovah God relating to the nation of Israel as a Father to a son (Theologian Geerhardus Vos lists the following passages: Exodus 4:22; Deut. 1:31; 8:5; 32:6; Isaiah 1:2; 63:16; Jeremiah 3:19; Hosea 11:1; Malachi 3:16). Geerhardus Vos further expounds this point in his book: "Biblical Theology, Old and New Testaments", page 366: "the idea (of God's fatherhood) is in the Old Testament limited in its range, being applied to Israel only, and that in a collective capacity, not individually to single Israelites." Undoubtedly Phillip's mind must had been "blown" so-to-speak.

Jesus' point is this: unless He, the Son, had become incarnate, there would had been no way people like Phillip could have interacted directly with God in the Person of the Son. Moreover, as the Son shares eternally in the same undivided nature with the Father, His role within the Trinity is to manifest what would otherwise be the invisible glory of the Person of the Father. Jesus Christ, the Son, God incarnate, brings to us the presence of His Father "who dwells in light unapproachable" (see Jude 1:24-25).