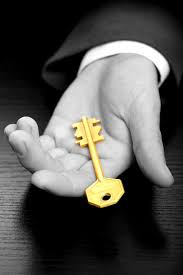 2 Timothy 2:15 Be diligent to present yourself
approved to God as a workman who does not need to be ashamed, accurately handling the word of truth.

In today's post we continue our study of presenting key verses to each of the New Testament Books.  Years ago Bible teachers used to refer to "The Golden Verse" as a means of finding one key verse that summarizes a given Bible book.  This approach can prove helpful when attempting to grab hold of the overall message of each Bible book or the Bible as a whole.  Yesterday's post featured "golden key verses" to the letters or Epistles of Paul in the New Testament.  In today's post we will consider the Golden verses to what is often termed "The General Epistles" or "General Letters".  May this list prove edifying to you in your faith-walk.  To God be the glory!

Hebrews 8:1 "Now the main point in what has been said is this: we have such a high priest, who has taken His seat at the right hand of the throne of the Majesty in the heavens."

James 2:26 "For just as the body without the spirit is dead, so also faith without works is dead."

1 Peter 1:3 "Blessed be the God and Father of our Lord Jesus Christ, who according to His great mercy has caused us to be born again to a living hope through the resurrection of Jesus Christ from the dead."

2 Peter 3:9 "The Lord is not slow about His promise, as some count slowness, but is patient toward you, not wishing for any to perish but for all to come to repentance."

1 John 5:13 "These things I have written to you who believe in the name of the Son of God, so that you may know that you have eternal life."

2 John 6 "And this is love, that we walk according to His commandments. This is the commandment, just as you have heard from the beginning, that you should walk in it."

Jude 3 "Beloved, while I was making every effort to write you about our common salvation, I felt the necessity to write to you appealing that you contend earnestly for the faith which was once for all handed down to the saints."

These seven letters are called "General" due to the fact they are written not so much to specific churches as they are written to Christians in regions where churches or groups of Christians live.1  Among these eight letters we find common themes such as suffering, the need for perseverance, the relationship between the Old and New Testaments and the need to defend the faith.  In tomorrow's post we will consider the Golden key verse and some general features of the last book of the Bible: The Book of Revelation.

1. These letters in times past have been called "The Catholic Epistles" (from a Greek word "katholikos" meaning "general").
Posted by mahlon at 8:29 AM No comments: