Part Four - The Doctrine Of Divine Simplicity: Noting Some Objections And Some Practical Points 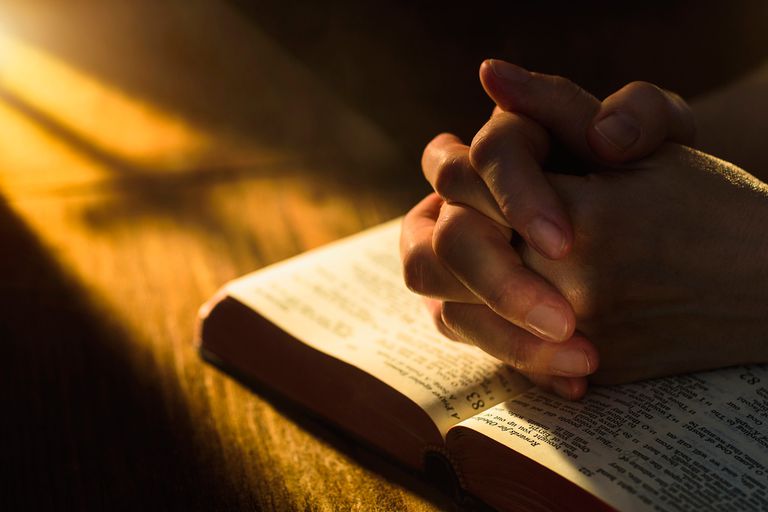 Ephesians 2:18 "For through Him we both have our access in one Spirit to the Father."

We are currently in a series of posts that aim to introduce and expound upon the doctrine of Divine Simplicity (DDS). For those interested in wanting to explore previous installments of this series, please click on the links below:

When we speak of God's essence as "simple", we refer to how God is not composed of parts - that is - God's attributes or properties are not set off to the one side and His being on the other side. Everything that is in God is God. God is eternal, unchanging and cannot be added to nor improved. The Doctrine of Divine Simplicity attempts to give an account of God's oneness of being - a truth that is foundational to the Biblical concept of God, and more specifically, the doctrine of the Trinity.

A Practical Set Of Points: Does Divine Simplicity Rule Out God's Ability To Answer Prayers, Interact With Our World Or Make Choices, Such As To Create The World


It is important to pause here for a set of practical reflections in our journey through the doctrine of Divine Simplicity (DDS). We've been starting to look at how the doctrine works together with the doctrine of the Trinity. At this juncture, we need to consider objections to the DDS to assess just how Biblical and philosophically sound the doctrine truly is. Besides, if any doctrine, no matter how compelling, is not in lines with the Biblical revelation of God - then the said doctrine (Divine Simplicity included) is not useful for Christian growth nor communicating the God of the Bible. Two great issues are in view when discussing this particular teaching.

First, some critics, whom I greatly admire, have charged that the Doctrine of Divine Simplicity (DDS) conflicts with the Biblical doctrine of the Trinity. The critics claim that if there are no distinctions within God's essence in regard to His attributes and very existence, then how can one hold to the Trinity? The Trinity asserts distinctions between the Father, Son and Spirit. This first sort of object deserves an attempted response. We will offer a response to this first objection by considering the compatibility of the DDS and the Trinity in the next post.

The second "big" issue when discussing Divine Simplicity deals with whether or not the Doctrine of Divine Simplicity severely limits God with respect to His creation. This objection will be handled in today's post. Thinkers who reject Divine Simplicity believe that if God is literally without parts and has no distinction in His attributes, essence and existence, then we end up having a God that must act in a certain way and think in a certain way. On their view, this renders the act of creation as something God "had to do", rather than Him "choosing to do". Furthermore, if God's essence is simple ("without parts or distinctions"), then this could lead one to conclude that God has no ability to make choices, answer prayers or interact with our world (called by the technical term "the modal collapse problem", meaning there are no free-will decisions possible by creatures, or God, and that He "had" to create by necessity).

On a practical level, if this is an outcome of the doctrine of Divine Simplicity, then our choices, prayers and the doctrine of creation itself are delusions. At worse, if the criticisms of Simplicity hold true, then our world is governed by fatalism (the idea that all things in history, even God Himself, is governed by a determined set of forces, eliminating true expressions of freedom of the will). This possible scenario is why some oppose the Doctrine of Divine Simplicity, since the concern is that God ends up as a remote Deity, incapable of interaction. On a practical, doctrinal and philosophical level, these possible implications of the Doctrine, if true, leave us in a disastrous situation in how we communicate the Gospel, the Biblical conception of God and everyday living.

The technical discussion that ensues between devotees and opponents of Divine simplicity can get quite technical. We won't dive into the nuances of such discussions in this post. Instead, we will only offer a response to these particular objections to see if they hold. Whenever we look at the doctrine of the Divine Simplicity, we find that the doctrine by itself delivers to us a God that is One God. What is needed is a second doctrine conjoined along with Simplicity that overcomes the objections. Unless this writer is missing something brought out by such objections, it would seem that the Biblical doctrine of the Trinity can come alongside the DDS to adequately handle such concerns.

It seems to this writer that once we apprehend (note: not comprehend) how the Trinity and the Doctrine of Simplicity function together, we have the God of scripture that is more than capable of answering prayers, interacting with our world and choosing to create it without adding nor subtracting anything from Himself. The Persons of the Trinity, bearing forth in their identities the Divine essence which comprises their function as the Triune God, exercise the requisite will to determine when the world would exist, to answer prayers and to interact with the creation. It would seem that if the Divine essence of the doctrine of Divine simplicity did not include the Biblical revelation of the Trinity - then the above objections would hold. However, whenever we conjoin the DDS to the doctrine of the Trinity, we have a God who is extremely personal and yet is undivided in His very essence and unchanged.

For sake of completion for today, I want to answer a question raised to me about a particular phrase I used in my last post. I noted in the last post that when talking to people for the first time about the Trinity, I use the term "compound unity". I plan on expounding further on this designation in the next post. For now, let me comment that when I say "compound", I'm referring to the identity of the Three Person, who together comprise the identification of the God of the Bible, or, answer the question: "who is God?" When I say "unity". I'm referring to the one, undivided and thus simple essence truly born and expressed by the Father, Son and Holy Spirit. Again, I'll develop this more fully when we look at how the doctrines of Divine simplicity and the Trinity can work together.

These practical points flow out from carefully considering why it seems that the doctrines of Divine Simplicity and the Trinity do fit together. We as finite people, I think, can know "that" such doctrines fit together, even though we may not full comprehend "how" they fit (which leads to the whole debate over the legitimacy of the doctrine of Divine Simplicity as useful in studying the Biblical revelation of God).

Posted by mahlon at 8:33 AM No comments: