A Biblical Overview of the Tribulation period - Jesus and Paul 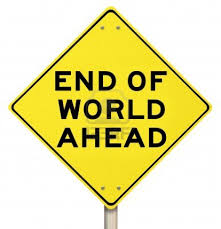 Matthew 24:21 "For then there will be a great tribulation, such as has not occurred since the beginning of the world until now, nor ever will. 22 Unless those days had been cut short, no life would have been saved; but for the sake of the elect those days will be cut short."


Introduction & Review
In yesterday's post we concluded the following regarding the Old Testament's teaching about the Tribulation period:
1. It will be an unprecedented time of human history, occurring at the end of this age. Being that the Old Testament predicts its uniqueness and unmistakable cosmic occurrences, the likelihood of it referring to a general pattern of tribulation that covers the church age or some other broad period of history is pretty slim.1

3. The Tribulation period's duration will be seven years. The first half is not focused upon near as much as the latter half.  There is an overwhelming focus on the events of the latter 3 1/2 years that Jesus calls later on "The Great Tribulation" in light of Daniel's prophecies.

4. A tyrannical ruler will attempt to blaspheme God and lead the whole world astray in outright rebellion again God.

As we continue on in our Biblical overview of the Tribulation period, we enter now into the New Testament with the aim once again to understand what the Bible has to say about this subject.

There is much more that could be said about Jesus' teaching, but we can note a few points about the Tribulation from these texts:

1. Jesus utilizes Daniel's prophecies throughout His sermon, meaning that He uses similar language to describe a future seven year period, divided into two equal 3 1/2 year periods, with the latter being the most severe.

3. In all three passages there appears to be reference made to a fairly near event future to Jesus' time as well as the far future tribulation period. The near future event of the destruction of Jerusalem in 70 A.D acts as a template to preview what will be the final seven year tribulation period spoken of in Daniel. In Daniel's prophecies we see that same phenomena of "double-fulfillment" wherein he speaks of a fairly near set of events and of course the far future event of the tribulation period. Jesus (as God in human flesh) is showing Himself to both continue and further sharpen the vision of God's revelation of this period.


2. Paul's teaching on the Tribulation period in 1 Thessalonians 5
There are two main passages in Paul's writings the deal with the Tribulation Period. The first we encounter is found in 1 Thessalonians 5:1-11. This passage is worth outlining to see how it treats the Tribulation period:
I. The swiftness of God's wrath at the end of the tribulation will be avoided by believers 1 Thessalonians 5:1-3
The Apostle Paul undoubtedly is using this phrase "day of the Lord" as it is spoken of in Old Testament passages such as Isaiah 2:12; Isaiah 10:3; Isaiah 13:9; Isaiah 34:2; Isaiah 34:8; Isaiah 61:2; Ezekiel 30:3; Amos 5:18; Zephaniah 1:7. The Book of Zephaniah is perhaps the fullest treatment on this phrase in the Old Testament, being that the entire book is dedicated specifically to describing it.  Will this day encompass the entire Tribulation period? Or is this a phrase meant to describe the tail end of the Tribulation period? Zephaniah 1:1-3:11 describes how God will wage war against the nations who have assembled against Him, followed by the promised restoration of Israel and the redeemed in Zephaniah 3:12-20.

Jesus speaks of people not knowing the day when He comes in Matthew 24:42. From Matthew 24:42-25:46 we see Jesus unfolding further details about what He will do as He returns to earth.  Again the "day of the Lord" seems to speak of the grand finale of the Tribulation period's increasing frequency and intensity of judgment at the very end.

II. The severity of wrath of the Great Tribulation (final 3 1/2 years) will be avoided by Christians in the church right now. 1 Thessalonians 5:4-9
The Apostle Paul appears to be working backwards from the end of the seven-year tribulation period to its mid-point.  Whenever you compare Paul's presentation of the tribulation period to that of Jesus' in Matthew 24-25, you discover that this section of 1 Thessalonians 5:4-9 corresponds to Matthew 24:21-41. In terms of what we noted earlier, Jesus refers to the last 3 1/2 years of the Tribulation period as "The Great Tribulation". So the question is: would Paul's readers (and us) have to worry about the severity of wrath in that final half of the future tribulation? Paul's answer is no.  Now with that said, Paul uses the truth of the coming tribulation to tell his readers to be on the "alert" and "on their guard". For those people who think they are "o.k" with God and thus can live in ease, it is those people who need to be the most alarmed and who are the most likely to be in the time of the severe and swiftly coming wrath of the Great Tribulation and the day of the Lord.

3. Paul's teaching on The Tribulation in 2 Thessalonians 2
In 1 Thessalonians 5:1-11 we saw Paul begin with the end of the Tribulation (the day of the Lord) and work his way back through the second half of the Tribulation period (called by Jesus the Great Tribulation) to underscore the swiftness and severity of judgment. We have seen as well that Paul offers strong encouragement that believer's will not have to experience such wrath and that they are to strive all they can for Jesus now.

But what about Paul's teaching in 2 Thessalonians 2:1-8? 2 Thessalonians speaks of the coming of Jesus Christ and our being gathered to Him. The doctrine of the rapture is being mentioned here in 2:1, however for now we will suspend discussion of that wonderful truth for a future post. Paul refers to that doctrine to comfort his readers in the face of rumors circulating that perhaps the Thessalonians had missed the rapture, or that the day of the Lord had come, or that they were somehow going to have to endure God's wrath after-all. From 2:2-12 we get an overview of the whole Tribulation period:

a. 2 Thessalonians 2:2-4 The increasing level of apostasy going on right now up until the Anti-Christ is first revealed at the beginning of the Tribulation.

b. 2 Thessalonians 2:5-11 The Spirit of God will remove His restraining influence and check on man's evil, and the Anti-Christ will have full liberty to increasingly and gradually exercise full dominion over this planet. Just as Daniel 9:26b-27 reveals and this passage confirms, the peace covenant will be broken, with the latter half unveiling the Anti-Christ's true character. One of main purposes of this period will be to judge unbelieving man's sin. a second main purpose for this period will be to prepare Israel for her coming Messiah at the end of this period. However we gain a clear third purpose: destruction of Satan's man - the Anti-Christ.

With Jesus and the Apostle Paul's teaching on the tribulation summarized, we will conclude our Biblical overview of the tribulation period in the New Testament by considering how it appears in the Book of Revelation tomorrow...

Endnotes:
1. To say there will be seasons of trial or tribulations throughout the history of Christ's church or the individual lives of God's people cannot be disputed.  In fact suffering and trials of all sorts is to be the norm for anyone wanting to be Godly in Christ Jesus. (Acts 14:22; 2 Timothy 3:12) However the testimony of scripture bears out the fact that the Tribulation period (the whole seven year period of time spoken of in Daniel and elsewhere) is unique in terms of its intensity and character and thus merits its own unique study and understanding.

Posted by mahlon at 7:38 AM No comments: