How to begin envisioning a more awesome church 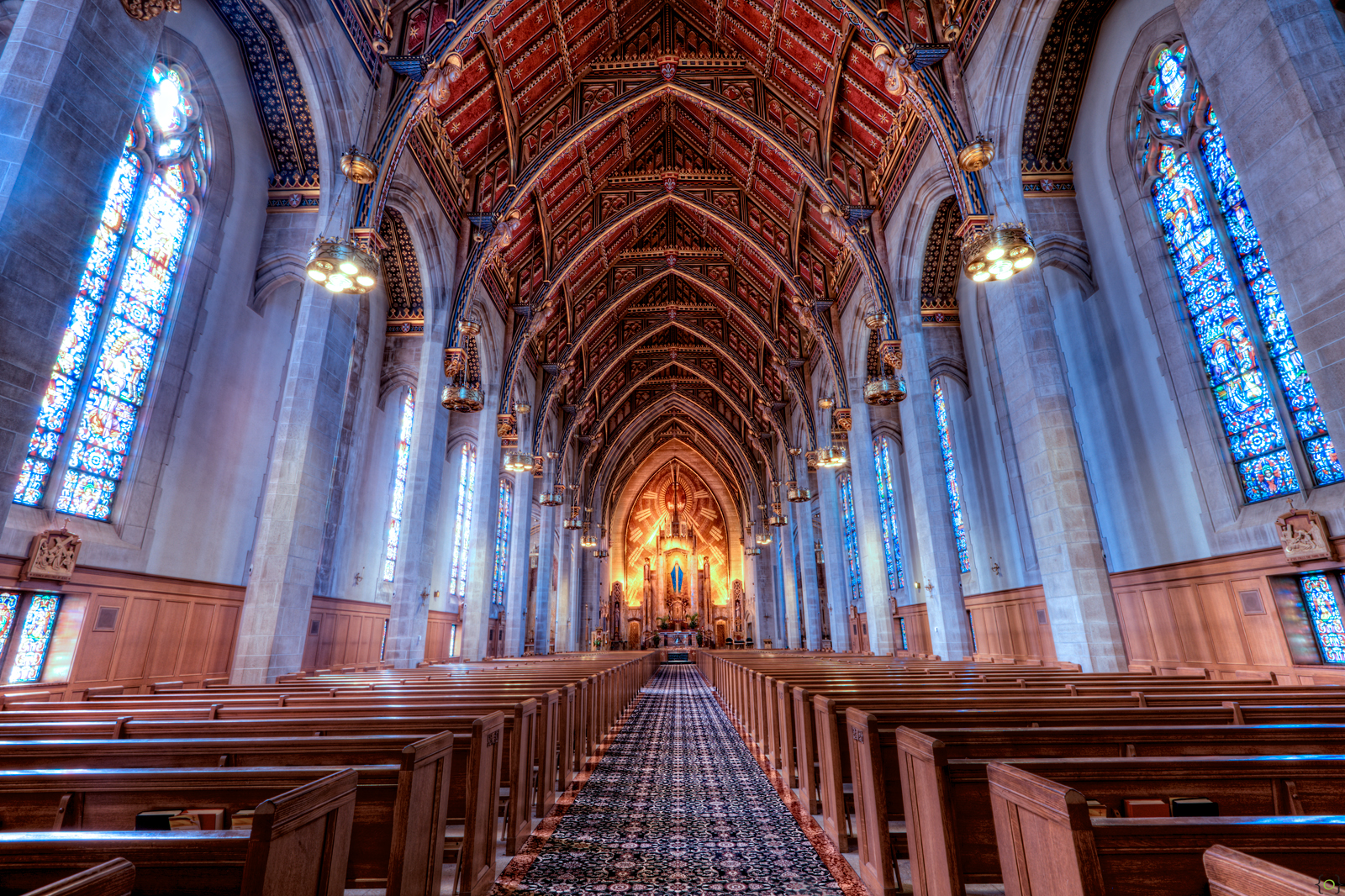 Acts 2:43 "Everyone kept feeling a sense of awe; and many wonders and signs were taking place through the apostles."

Introduction:
My attention right now is arrested by the Lord! Why? It is due to the underlined statement in the opening verse above: "Everyone kept feeling a sense of awe". As I stare at that text, I ask myself this question: "Isn't church supposed to be the most awesome place on earth"? Unlike the beautiful photograph above, when I think of the term "awesome church", I am not thinking of buildings. An awesome church can be any size, shape or "look". Whenever there is a genuine awe and fear of God resonating through the people - awesome is right around the corner!

The word translated "awe" can just as easily be rendered "fear, trepidation, nervous wonder, anticipation". What was it that made the first century church an awesome church? There must had been a pattern, a set of practices or ingredients in which the leadership (back then the Apostles) and the membership were all committed. As I read this text and its wider verses, I simply ask God to enable me and hopefully you dear reader to envision a more awesome church.

Let me tell you the story that led to this post
As I have met time and time again with people, have read books, consulted other pastors and listened to many hours of messages and prayed, the Lord has begun the process of pouring into me an awakening to lead our people through this process.

About two weeks ago prior to this post, I was in my study preparing a message when suddenly I felt the urge to stop what I was doing and get up, take a marker and begin writing. At least in my own personal Christian walk, when that sense of "arrest" has gripped my mind and heart, I know then that the Holy Spirit is leading me in a particular direction. As I prayed and meditated on scripture, I ended up dividing the white board into four equal sections, with each of those sections containing one word. In the middle of that simple diagram I sketch out little symbols that represented each term (in a moment I will divulge to the reader what those four words are.)

Let me give a couple of admissions. First, I'll admit that when it was done, I knew that the Lord from His word had illuminated my understanding as to what was necessary to envision His vision for an awesome church. Then second, I'll admit that I am as excited as I am nervous.

Anytime a pastor or leader is preparing to lead their people through a season of discovering, implementing and committing themselves to His will, the process can be as daunting as it is exciting. There is always that question as to what people will say or how they will respond. Moreover, as a pastor myself, I wonder what areas God will stretch me in as I grow in the upcoming year and become more the man of God that is needed to lead His people in achieving Kingdom things?

I am also equally convinced that if we or any pastor and church will but give themselves to God's Word in the manner prescribed by Paul in Philippians 2:1-11, namely in the manner of Christ-like humility, God will begin to move mountains. (Matthew 17:20-21) Consequently, in due season God will promote the humble believer and submissive church in the things of God's kingdom. (James 4:10; 1 Peter 5:6)

4 necessary ingredients to envisioning an awesome church
This post today is admittedly more personal than normal, but perhaps God is stirring readers out there who are aiming to influence others around them for Jesus. You don't have to be a pastor to glean from this post. Anyone who believes the local church is God's primary vehicle for transforming lives and communities can glean something. Undoubtedly the Book of Acts and the New Testament Epistles provide the necessary blueprints for understanding what it takes to do church biblically. One must not take that last statement to mean that church is to be a "business-as-usual" type of activity. Far from it! In studying the scriptural teaching on God's design for His church, it ought to be on both its inside and outside an awesome force for Kingdom change in the world! What four ingredients must be in place in order for God to illuminate his people to discovering His specific vision for a specific church? Today I will list the words I was alluding to above and then take the next several days to unpack each one from the scripture.

1. Intercession. Unless leadership and the people in the pew give themselves to prayer for one another, for the lost and praise to Jesus, the church will be no better off than an unplugged lamp. Prayer is how we plug into God's power.

2. Word. Read the accounts of the early church in the Book of Acts and read the New Testament epistles. You will quickly discover how saturated the people were in the scriptures. There was preaching, teaching, scripture memory, praying through the scriptures, evangelization of the scriptures and quotations of scripture. The Word of God literally dominated the landscape of church life. If we are ever to have a church that is awesome in America, we must go deeper, not shallower into the Word. In-so-far as we go into the Word will the Word then go into and out of us.

3. Fellowship. The one sense I gain from reading about the early church in Acts and the Epistles is how much people enjoyed being around one another. Nothing was staged. They ate together, prayed together, heard God's Word together, told others about Jesus together. Their fellowship was the most effective tool used by God in winning a pagan world to Christ. The ratio of Christians to the Graeco/Roman culture of that day may had been around 1:1000. Yet look how God worked through them. What was it that they had that so many of churches in America lack? True fellowship.

4. Co-mission. Finally, the early church in the Acts and Epistles took serious Jesus' great commission to go into all the world and make disciples. (Matthew 28:18-20) Missions was not something the church did, it was who they were. Missions was not only discussed at periodic missions offerings or in a couple of evangelistic meetings, missions was a way of life. Because the early church had the other above three core ingredients, missions was a supernatural outcome of the supernatural power at work in and through the church.