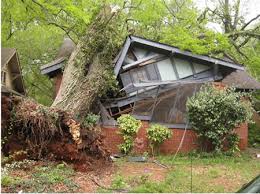 Introduction:As we turn our attention today to Ezekiel 28, we will be looking at verses 11-19. Ezekiel 28 represents a series of prophecies against the nations of Tyre (28:1-19) and Sidon (28:20-24), with a final section promising the restoration of Israel at Messiah's (Christ's) return to earth. (28:25-26) The wider context prior to Ezekiel 28 shows an extended denouncement by God of Tyre, beginning all the way back in Ezekiel 26. It is important to consider the context because it provides the springboard into what will be the prophetic account of Satan’s disastrous fall.1 The King of Tyre here in Ezekiel's prophecy would had exhibited the traits of pride and violence, thus mimicking the cosmic, disastrous fall of Satan right after creation's completion.2 Undoubtedly Tyre was held responsible for introducing idolatry into Israel - most notably the worship of Baal, during the days of Ahab and Jezebel in 1 Kings 16. Fast- forwarding some 250 years later, the meteoric rise, unimaginable pride and polluted character of the King of Tyre in Ezekiel's day propels us into the text that speaks of an ancient disastrous fall of cosmic proportions - namely Satan's fall.


Satan's identity and disastrous fallAs we turn our attention to Ezekiel 28:11-19, we see a shift in scenery from the earthly to the heavenly. As already mentioned, God is using an earlier event to emphasize why it was he was proclaiming judgment against Tyre. The figure depicted in the text is called an "anointed cherub". Depending on how much we parallel Isaiah 14:12 with this text, the name "Lucifer" or "Star" is assigned to this angelic being. His activity in heaven would not only identify him as an angel, but a very powerful one and perhaps the greatest of God's angelic creations (or at least one of them). The late great W.A Criswell notes this about Lucifer: "Who is that Lucifer whose pride, whose beauty, whose wisdom lifted him up against God Almighty? The Book says: "Thou art the anointed cherub that covereth,' the one whose wings outstretched over God's creation and in whose beauty and wisdom and care, God gave the keeping of all His vast universe. In his pride and his beauty, he lifted up himself against God brought sin into heaven, brought sin into this world and destroyed God's beautiful creation." 3


From what we can gather, this grandest of Cherubim's fall was disastrous and tragic. This wondrous angel, created good by God, chose evil and thus became Satan. This disastrous fall is the first among the many subsequent judgments that God issues and will issue against Satan in scripture.4 In this particular disastrous fall, we can note the following details about him gathered from the text:


1. Master of Heavenly ceremonies. 28:11-15aWe know that Ezekiel is shifting gears by the wording of Ezekiel 28:11 "Again the word of the Lord came to me saying....". As you go down through the text, you see how Lucifer (or the anointed Cherub as deemed here in Ezekiel 28) was undoubtedly a master of ceremonies among the angels. The main verbs in the text tell us how wonderful God had made this amazing creature.


First, we see this master of ceremonies in regards to his perfection.
Ezekiel 28:11 - “You had the seal of perfection, full of wisdom and perfect in beauty...". The tragic tone is in what Lucifer, now Satan, "had". The original text brings out the fact that he had all these qualities as much as a creature could have. God spared no effort in his creation of this amazing angel. Among the firmament of heaven's hosts, Lucifer outshone them all. Whenever Lucifer led the proceedings of heaven's throngs, all eyes were on his leadership as he in turn directed all eyes to the uncreated God who gave each of them, including this former master of angelic ceremonies, the gift of life.


Then we see Satan in regards to the place he dwelt.
Ezekiel 28:12 these words: "You were in Eden, the garden of God....". No doubt the earthly Eden had some type of heavenly counterpart, paradise of heaven as so termed by Jesus Himself to that thief on the cross in Luke 23:43. The Apostle Paul in 2 Corinthians 12:4 also speaks of this Heavenly paradise, the "third heaven". This was the former grand Cherub's home and his "tromping grounds" so to speak. Right now Satan is a transient visitor who at times appears before God, like He did throughout the Old Testament, to bring accusation (for that is what the name "Satan" means = accuser). However when God created Him, he was a perfect created being, at home in heaven.

Thirdly we see the position he once held
Ezekiel 28:14 “You were the anointed cherub who covers....". By the wording in the original we gain the sense that Lucifer stood as a screen between the angels of God and the infinitely High and exalted Triune God. Though Lucifer was just as infinitely inferior to God as the rest of creation, nevertheless among the angelic orders, Lucifer was held in the highest esteem for his integrity, character and magnetic influence. This former Cherub’s mighty wings shielded the angelic choirs who sang their praises to the God of glory. His position was about as high as any created being could be.

Fourthly, we see this creature's former perfection.
Ezekiel 28:15 “You were blameless in your ways from the day you were created until unrighteousness was found in you." He was, in the wording of the original language: sound, without flaw, complete in every respect, peerless, full in every creaturely way. Then that terrible word spells the beginning of the end, "until". Unrighteousness, evil, was chosen in the heart of the creature, by the creature. Lucifer began reflecting on his creaturely perfection, rather than God's infinite perfection. He choose the good over the supreme, and a rotteness, a void, a fissure appeared, and Lucifer chose to rebel.

This Master of Ceremonies, with unrighteousness being found in him, went headlong into his...

2. Massive Fall. 28:16-18This massive fall of disastrous proportions was motivated by....aggression (28:16); Absolute Selfishness (28:17) and Alluring rebellion (28:18; Revelation 12:4). Satan's belief was that he had somehow been cheated by God, even though God gave him, above all other created beings, the most beauty and most wonderful position any creature could have. We get a clue that this former grand anointed cherub believed God was holding out by the lies he speaks to Adam and his wife in the Garden of Eden in Genesis 3:1-5. His aggression was fueled by his absolute selfishness. Evil's character is that of self-consumption. The more it gets, the more it wants. Evil in and of itself is not so much a substance as the absence thereof. Like a rotted place in a piece of fruit, or a shadow in an otherwise lit room, evil's dark flame consumed Satan (Ezekiel 28:18), and would soon consume 1/3 of the Angelic host in an alluring rebellion that ended in Lucifer's first disastrous fall. (Revelation 12:4)

The consequences of this massive fall would lead to....

But that's not where the Bible ends. Remember, this all took place at the beginning, right after the creation week. God's plan and purposes for His creation were not frustrated. Why? Because God had already planned for....

Because of what Christ did, the disastrous fall of Satan did not frustrate God's will. Christ's decision to come to this earth in His incarnation eternally prefaced creation and was an agreement He, The Father and the Spirit worked out as the One glorious God. (Ephesians 1:11) How do we know that Christ's victory on the cross and at the empty tomb truly accomplished the decisive victory? Because the promise God gives to Israel in Ezekiel 28:25-26 will take place at Christ's second coming. Unless Christ had been victorious in His first coming, there would had been no basis for God promising Israel's restoration at His second coming. If God's will for Israel will succeed (and it will), then we know that His promises of redemption for His people in the here and now are not frustrated. Satan's defeat at Calvary spells his eternal destruction.

1. The great commentator Albert Barnes notes: "The prophecy against the prince of Tyre. Throughout the east the majesty and glory of a people were collected in the person of their monarch, who in some nations was worshipped as a god. The prince is here the embodiment of the community. Their glory is his glory, their pride his pride. The doom of Tyre could not be complete without denunciation of the prince of Tyre. Idolatrous nations and idolatrous kings were, in the eyes of the prophet, antagonists to the true God. In them was embodied the principle of evil opposing itself to the divine government of the world."

2. According to history and scripture, Ithabaal I (or Ethbaal I) was the father of Jezebel, the wicked queen who married Ahab in 1 Kings 16:30-31. Much later on another King, Ithbaal III, ruling in the days of Ezekiel's prophecy. The pride of Tyre and the wickedness that ensured from its history came to shape its place in God's program of judging the nations in Ezekiel's prophecy against it in Ezekiel 26-28. Tyre had carried the traits of pride and foolishness throughout its existence in antiquity and experienced repeated falls, never learning from its errors. Little wonder that God, in His providence, finds Tyre's propensities as being similar to those of the enemy of our souls and his ongoing efforts to rebel.
3. W.A Criswell. Expository Sermon's on Revelation - Volume 3. Zondervan. 1961. Page 49. Sixteenth Printing. 1982

4. These subsequent falls or defeats of Satan will be covered in future messages. For reference sake I will list them with their respective scriptures:

Posted by mahlon at 8:07 AM No comments: