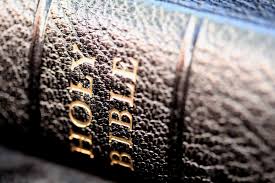 
Introduction
Yesterday we looked at the major elements of the Gospel that we find in 1 Peter 1:1-9.  In today's post we want to consider further Peter's thoughts as he by Divine inspiration unfolds the Gospel revealed in scripture. What can be said about the manner in which God unfolded the Gospel of salvation in His word?

1. Revealed in Progression.  1 Peter 1:10-11a
It has been noted by many great Bible teachers that the nature in which God reveals Himself and His purposes is by what is termed "progressive revelation". Just as a flower opens slowly and progressively overtime to yield forth its fragrance and beauty, so it is with the revelation of God's work of salvation and wonder of glory. Peter's comments in 1 Peter 1:10-11a can be broken down into three distinct parts that explain this progress of God's revelation of the Gospel:

a. The Gospel is the same throughout scripture
Peter writes in 1 Peter 1:10 "As to this salvation". What salvation? The grammar of the text in the original leads us back through the salvation which Peter unfolded back in 1 Peter 1:1-8 and the personal salvation of each Christian that is spoken of in 1:9.  Interestingly enough, the Gospel of salvation to which Peter speaks also has to do with what the Prophets wrote and had revealed to them in the Old Testament. The truth that Abraham in the Old Testament "believed God, and that it was credited to him as righteousness" (Genesis 15:6), is repeated as the same pattern for people in this current age of grace. (Romans 4:3). The writer of Hebrews points out that the same Gospel that Moses preached to the Israelites is the same Gospel we hear today. (Hebrews 4:1-7)

b. The Gospel was step by step revealed.
By being the same Gospel in both the Old and New Testament, this Gospel nonetheless was revealed in stages, step by step. Peter writes on in 1 Peter 1:10 "the prophets who prophesied of the grace that would come to you made careful searches and inquiries." The prophets were captivated by what God was showing them through the various pictures, personages, symbols and institutions. Along the way you see the Prophets and Patriarchs asking questions and searching out the gradual light of truth being revealed.

- Abram asks God in Genesis 15:2 "Abram said, “O Lord God, what will You give me, since I am childless, and the heir of my house is Eliezer of Damascus?”

- Isaac, God's answer to Abram's question asks his father Abram (now Abraham) this question some 20 years later in Genesis 22:7-8b "And he said, “Behold, the fire and the wood, but where is the lamb for the burnt offering?” 8 Abraham said, “God will provide for Himself the lamb for the burnt offering, my son.” So the two of them walked on together." Such a touching scene captures how the Patriarchs searched and explored what God was revealing and doing in their days.  Furthermore, the same spot Abraham had nearly sacrificed his son would be the spot where God would willing give His Son for sinners.

- Job 9:32-33 “For He is not a man as I am that I may answer Him,That we may go to court together. 33 “There is no umpire between us, Who may lay his hand upon us both.".  When Job uttered those words, he was in anguish and grief.  He ached for the day when there would be a permanent mediator between He and the God he was desiring to hear speak to him once again.

The Old Testament saints were pining away and desiring to see more clarity. They anticipated the coming fullness of God's salvation.  Step by step it was revealed. To Adam and Eve salvation was a plan, and to Abraham and his descendants, a promise.  By David's day the promise was further specified to be about a Person who would come from his bloodline, with other prophets like Micah revealing the Messiah's birth place. Isaiah the prophet would write about how this Person of the Messiah would suffer, die and rise from the dead in Isaiah 53. Indeed this progressive revelation of the Gospel was step by step revealed.

c. The Gospel's revealer is The Holy Spirit.
Peter writes in 1 Peter 1:11a "seeking to know what person or time the Spirit of Christ within them was indicating." This Gospel, which is the same throughout the Bible in regards to its contents, and step by step revealed in varying forms and ways, has as its Revealer the Holy Spirit.  The title "Spirit of Christ" is used here to designate one of two things: either the Spirit is in close association with Christ and His work or He is the Spirit who is sent by Christ to reveal to the Prophets His coming person and mission. Either way, the Holy Spirit is never dis-associated from the Son, since His main task is to point the way to the Son. (Isaiah 11:2; John 16:8-15) This leads us then to the second major consideration of the Gospel revealed in scripture, namely that...

2. Revolves around the Son. 1 Peter 1:11
Undoubtedly the Spirit of Christ inspired the scriptures and gave them to us so that we could know the glorious Christ. Peter writes on in 1 Peter 1:11 "seeking to know what person or time the Spirit of Christ within them was indicating as He predicted the sufferings of Christ and the glories to follow." How much did the prophets know about the Son? As I heard one Bible teacher say recently: the Old Testament saints saw Jesus in black and white, whereas we New Testament believers see Him in full, vibrant color. According to Hebrews 11:26, Moses, living nearly 1500 years before Christ's incarnation: "considering the reproach of Christ greater riches than the treasures of Egypt; for he was looking to the reward." Isaiah predicted the sufferings of Christ in Isaiah 53 and David saw Jesus Christ's resurrection in Psalm 16. Just as the planets of our solar system revolve around our natural star, the sun, reflecting its light and being held in orbit by its gravity, so too do the verses of scripture of God's revelation revolve in orbit around the Divine Son - Jesus Christ. So the Gospel revealed in scripture was revealed in progression and revolves around the Son but notice thirdly, it....

3. Remains to be preached.  1 Peter 1:12
Peter writes in 1 Peter 1:12 "It was revealed to them that they were not serving themselves, but you, in these things which now have been announced to you through those who preached the gospel to you by the Holy Spirit sent from heaven—things into which angels long to look." The Gospel's progressive revelation, about the Person of Christ, was meant to be preached. Twice in the above passage Peter makes mention about the Gospel being "announced" and it being "preached". The priority of preaching cannot be overestimated in the scripture, even though it is often grossly underestimated in our time and churches today. We are reminded in 1 Corinthians 1:20-21 (20) "Where is the wise man? Where is the scribe? Where is the debater of this age? Has not God made foolish the wisdom of the world? (21) For since in the wisdom of God the world through its wisdom did not come to know God, God was well-pleased through the foolishness of the message preached to save those who believe." Quite literally, the Greek word translated "foolishness" in 1:21 is where we derive our word "moron".  In the eyes of men, preaching is a "moronic" method.  Often, without saying it, people express their preferences for other methods of "bringing in the people".

Preaching is not man's method of delivering the Gospel, but God's. Consider Romans 10:14-15  "How then will they call on Him in whom they have not believed? How will they believe in Him whom they have not heard? And how will they hear without a preacher? (15) How will they preach unless they are sent? Just as it is written, “How beautiful are the feet of those who bring good news of good things!” Preaching is the means of delivering the Gospel, with the scripture being the ground of the Gospel. The Holy Spirit empowering the preaching is the Supreme Evangelist.  Unless the Spirit attends the preaching of the Word, the preacher is no more effective than a glove without a hand. The scripture's power to save is unquestioned. The preacher is ever in dependence upon the Spirit speaking through those words.

Conclusion
So what can be said about the manner in which God unfolded the Gospel of salvation in His word? First, the Gospel is revealed in progression (1 Peter 1:10-11a). Second, the Gospel revolves around the Person of Christ (1 Peter 1:11). Then finally, the Gospel remains to be preached. (1 Peter 1:12)
Posted by mahlon at 7:04 AM No comments: