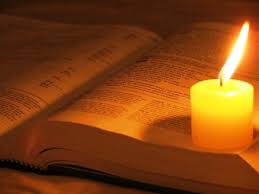 Introduction & Review
For the past seven posts we have explored the Chicago Statement on Biblical Inerrancy with the aim to better understand what Biblical inerrancy is and is not. Today's post concludes this blog series by understanding Biblical inerrancy in relationship to translation and authority. Such a study is crucial for pastors, Bible teachers and anyone who aims to know the inerrant Lord Jesus Christ through His inerrant Word. The link for today's post and the entire document of the "Chicago Statement on Biblical Inerrancy" can be found at: http://library.dts.edu/Pages/TL/Special/ICBI_1.pdf  My prayer is that these series of posts have been an encouragement to readers in showing why Biblical inerrancy is still crucial to today's issues.

"Since God has nowhere promised an inerrant
transmission of Scripture, it is necessary to affirm that only the autographic text of the original documents was inspired and to maintain the need of textual criticism as a means of detecting any slips that may
have crept into the text in the course of its transmission."

"The verdict of this science, however, is that the Hebrew and Greek text appear to be amazingly well preserved, so that we are amply justified in affirming, with the Westminster Confession, a singular providence of God in this matter and in declaring that the authority of Scripture is in no way jeopardized by the fact that the copies we possess are not entirely error-free."

"Similarly, no translation is or can be perfect, and all translations are an additional step away from the autographa. Yet the verdict of linguistic science is that English-speaking Christians, at least, are exceedingly well served in these days with a host of excellent
translations and have no cause for hesitating to conclude that the true Word of God is within their reach."

"Indeed, in view of the frequent repetition in Scripture of the main matters with which it deals and also of the Holy Spirit's constant witness to and through the Word, no serious translation of Holy Scripture will so destroy
its meaning as to render it unable to make its reader "wise for salvation through faith in Christ Jesus" (2Tim.3:15)."

"In our affirmation of the authority of Scripture as involving its total truth, we are consciously standing with Christ and His apostles, indeed with the whole Bible and with the main stream of Church history from the first days until very recently. We are concerned at the casual, inadvertent, and seemingly thoughtless way in
which a belief of such far-reaching importance has been given up by so many in our day."

"We are conscious too that great and grave confusion results from ceasing to maintain the total truth of the Bible whose authority one professes to acknowledge. The result of taking this step is that the Bible which God gave loses its authority, and what has authority instead is a Bible reduced in content according to the demands of one's critical reasonings and in principle reducible still further once one has started."

"This means that at bottom independent reason now has authority, as opposed to Scriptural teaching. If this is not seen and if for the time being basic evangelical doctrines are still held, persons denying the full truth of Scripture may claim an evangelical identity while methodologically they have moved away from the evangelical principle of knowledge to an unstable subjectivism, and will find it hard not to move further. We affirm that what Scripture says, God says. May He be glorified. Amen and Amen."
Posted by mahlon at 7:34 AM No comments: