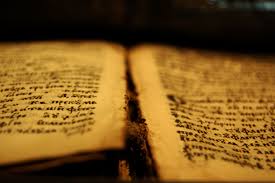 Introduction:
Today's post will begin a two part critique of the first episode of a current series on the History Channel called "Bible Secrets Revealed".  For those who may want to view a more detailed and fuller version of the material presented in this post, I invite you to view my other blog: http://biblicalexegete.wordpress.com/2013/11/16/p1-a-12-point-critique-of-history-channels-bible-secrets-revealed/
Below contains the first six points of critique.  May the body of Christ find either this post (or the other more fuller and detailed post) to be useful in defending and proclaiming the truth of God's Word.

1. Addressing the documentary's biased viewpoint of the Bible
The more than one dozen scholars who appeared on the documentary series represent a worldview that promotes a very hostile view of Divine inspiration of scripture, Biblical inerrancy and the reliability of the Bible.  It would had made for a better opening to the series to have had conservative Bible scholars included in the discussion.

2. Addressing the claim that the Bible's words are unclear and untranslatable from one language to the next
Whenever we take into consideration the context of a given passage of scripture, any uncertainties as to the meaning or use of words will clear up.  Each verse of scripture has ultimately one meaning with many applications.  Context in both the nearer and wider sense will aid the reader in knowing which meaning to use.  Unfortunately we don't hear anything about context brought up in the History Channel presentation.

3. Addressing the claim that we don't know who wrote the Pentateuch nor when it was written
The past 100 years of Biblical archaeology, as well as the discovery of the Dead Sea Scrolls actually demonstrates the unified and Mosaic Authorship of the Pentateuch.

4. Addressing the criticism that the Bible has unsolvable contradictions
Getting a hold of a good Bible Dictionary, Bible Encyclopedia or Commentary will aid the reader in working through parallel passages like what we see in the books of Samuel, Kings and Chronicles.  In the Bible I know of not one Bible difficulty that cannot be resolved in light of context, historical background or some other means of sound Bible interpretation principle.

5. Addressing the claim that we cannot trust nor determine the authorship of the four Gospels
Unfortunately the History Channel panel of "experts" totally ignore church history and the internal workings of the texts of the four Gospels.  Until 200 years ago, virtually no serious scholar or laymen in the history of the church ever doubted the reliability of the four Gospels.  Despite nearly two centuries of attack by critical scholarship, the Four Gospels have proven to still be reliable and accurate.

6. Addressing the claim that Matthew misinterpreted Isaiah and the prophecy of the virgin birth
Matthew's use of Isaiah 7:14 in Matthew 1:23 is accurate when considering the fact that the same word used in Isaiah 7:14 is translated "young maiden" or "virgin" in Genesis 24:43, where we see reference to a then young and unmarried Rebecca. Rebecca (Isaac's bride to be) was an unmarried girl living in her father's house who would had been of course a virgin.  Matthew's use and understanding of Isaiah's prophecy was both accurate and theologically precise.

More will be mentioned tomorrow.  If the reader would like a more thorough and technical version of these first six-points of critique, please see my post at http://biblicalexegete.wordpress.com/2013/11/16/p1-a-12-point-critique-of-history-channels-bible-secrets-revealed/. To God be the glory!
Posted by mahlon at 7:46 AM No comments: