Three expectations to have when doing apologetics 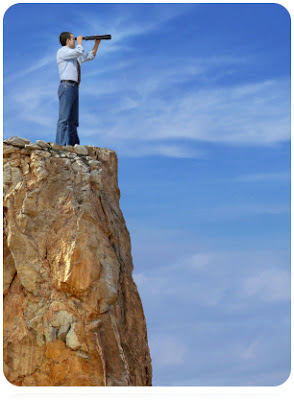 Acts 17:4-5 "And some of them were persuaded and joined Paul and Silas, along with a large number of the God-fearing Greeks and a number of the leading women. 5 But the Jews, becoming jealous and taking along some wicked men from the market place, formed a mob and set the city in an uproar; and attacking the house of Jason, they were seeking to bring them out to the people."

Today's post answers the question: "what to expect when doing Christian apologetics?" When we consider apologetics, the task involves giving reasons as to why we believe what we believe about the truth claims of Christianity. This task can be likened unto a farmer plowing the field and breaking up the fallow ground for reception of seed. Apologetics and it's closely related cousin of evangelism overlap and interlock. Evangelism has been defined as presenting the Gospel of Jesus Christ by the power of the Holy Spirit and leaving the results up to God. So, much like evangelism, the common fears of rejection accompany the efforts of apologetics. Certainly the Apostle Paul had his fair share of responses. In Acts 17 we can discern three expectations one should have when engaging in the work of apologetics. Such expectations can equally be applied to evangelism, preaching or teaching Sunday School. Notice....

1. Expect rejection. Acts 17:4, 10-12
The very thing all Christians is true - "rejection" - must be assumed and not denied. Despite common objections, ridicule and mockery; Christians have the duty and obligation to give reasons for the hope that is within them (1 Peter 3:15). The Jews who opposed Paul in his missionary journeys through Macedonia followed him. Such opposition may on the surface seem only to impede and destroy the apologist in their efforts. However, God uses both good and bad circumstances and intentions to guide as where we need to go. Paul's rejection in Thessalonica moved him onto the major apologetic encounter he would have in Athens near the end of Acts 17. So expect rejection, however also expect....

2. Expect conversions. Acts 17:10-12
I wanted to reserve this expection as the second point to get the inevitable negative expectation of rejection out of the way. Is not the point of apologetics and evangelism to prayerfully see the Holy Spirit use our presentation to bring about the conversion of sinners? Now when I say "conversions", I must hasten to add that conversions may take time.

I recall ministering among Muslims years ago. Roughly 30 of us had engaged in public meetings for better understanding with Muslims for two years. Although we saw no converts, we did see a few intellectual objections wither. Apologetics requires patience and prayer. Eventually, there will be conversions. As Paul traveled throughout the Greco-Roman pagan infused world of Macedonia, he did see people convert to Jesus Christ. Again, despite the opposition, such antagonism served as a backdrop to bring into sharp relief the integrity of Paul and his companions in their apologetical task. Sometimes God can use our lives, as well as our arguments to convince unbelievers that what we believe gives confidence in the face of opposition. So, when doing Christian apologetics, expect rejection and expect conversions. But there is one more expectiation...

3. Expect God to use you in both.
We read in Acts 17:14-16 "Then immediately the brethren sent Paul out to go as far as the sea; and Silas and Timothy remained there. 15 Now those who escorted Paul brought him as far as Athens; and receiving a command for Silas and Timothy to come to him as soon as possible, they left.
16 Now while Paul was waiting for them at Athens, his spirit was being provoked within him as he was observing the city full of idols." The one thing we learn about God's Sovereignty is that in His exercise of it among people and circumstances (such an exercise of sovereignty is also called God's providence), God is a very strategic God. What resulted from the combined rejection and reception of Paul's apologetic efforts? God used him and God moved Paul to where He needed him to be. On the ground level it may had appeared that Paul was running into walls and running in circles. However, God was strategically and providentially moving Paul down the entire length of the Macedonian region.

If we can keep in mind that God can use anyone with a willing heart and a big view of Him, then no matter what happens, the expectation of being used by Him will overrule the discouragement from rejection and reinforce patience in prayerfully waiting for conversions.