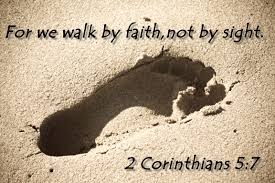 Daniel 9:24-27 24 “Seventy weeks have been decreed for your people and your holy city, tofinish the transgression, to make an end of sin, to make atonement for iniquity, to bring in everlasting righteousness, to seal up vision andprophecy and to anoint the most holy place. 25 So you are to know and discern that from the issuing of a decree to restore and rebuild Jerusalem until Messiah the Prince there will be seven weeks and sixty-two weeks; it will be built again, with plaza and moat, even in times of distress. 26 Then after the sixty-two weeks the Messiah will be cut off and have nothing, and the people of the prince who is to come will destroy the city and the sanctuary. And its end will come with a flood; even to the end there will be war; desolations are determined. 27 And he will make a firm covenant with the many for one week, but in the middle of the week he will put a stop to sacrifice and grain offering; and on the wing of abominations will come one who makes desolate, even until a complete destruction, one that is decreed, is poured out on the one who makes desolate.”

How a major Bible prophecy strengthened Daniel in His walk with the Lord
Daniel 9 is perhaps the most incredible chapter in the book of Daniel, being that it contains the most amazing and sweeping prophecy in the Bible: Daniel 9:23-27 is the golden gateway to the remainder of Daniel's prophecies that will speak of history up until Christ's return. For seventy years Daniel had been living in Babylon, as was by now in his mid-eighties by the time he composed Daniel 9.

The chapter begins with him reading the words of the inspired book of Jeremiah. Having read the promises of the captivity lasting for seventy years in Jeremiah 29:10-14, Daniel's eyes and faith must have widened, for in his way of reckoning, only two to three years would remain until God's discipline of the Jews was finished. The prayer that flows from Daniel's heart in Daniel 9:1-22, as well as the strengthening ministry of angel Gabriel makes this chapter gleam even more.

Daniel 9:23-27 predicts a 490 year period of time prescribed for the Jews by God that will begin as soon as they return and re-construction of their then damaged temple begins. We know from reading the historical books of Ezra and Nehemiah that such a project was undertaken. Daniel's prophecy also predicts the rebuilding of the city of Jerusalem, again an event that was completed in 396 b.c right after the closing of the Old Testament canon. Then the third major event predicted at the end of Daniel deals with the coming and crucifixion of Jesus, which in the timing of Daniel 9:23-27 was to occur 483 years after the decree to build the temple in Jerusalem had been made. From that decree to rebuild on March 14, 445 b.c until Jesus rode into Jerusalem on a donkey to present Himself as Israel's King in April 6, 33 A.D is exactly the 483 years that Daniel predicted.

The remaining seven years of Daniel's "seventy weeks" has yet to occur in a period of unprecedented judgment on this world called "The Tribulation Period". Daniel 10 teaches the believer about the comfort of Bible prophecy in how we see the Person of Christ (10:1-9); Provisions of grace (10:10-17) and the Promises of scripture (10:18-21).

How the Books of Daniel and 2 John can be used together to better understand the Christian walk of faith
Remarkably, when you read Daniel and John's writings together, you are seeing two men who had been walking with God for about the same period of time (Daniel 70 years, John 60 or so years) and who were about the same physical age when they wrote their books (Daniel 85; John at least 85 at the time of 2 John). May you and I walk with the Lord and realize that it is always worth it!
Posted by mahlon at 7:49 AM No comments: