Angels in the Book of Revelation 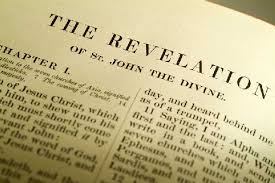 Today's post features the angels we find throughout the book of Revelation.  In past posts we have looked at angels and have looked at the Book of Revelation.  In other posts we have occasionally focused on a subject where angels were part of the discussion.  In today's post we want to specifically consider the main reasons why God included angels in the Apocalypse of John.  In the nearly 300 places we find angels in God's Word, nearly 25% of those appearances occur in the final book of the Bible.  To discern the significance of angels in the Book of Revelation, we will note by their function such purposes by considering the three following activities which we see them performing:
1. Royal Court of Heaven
2. Render Judgment
3. Reinforce God's People

Royal Court of Heaven
There is no doubt how often the Bible ascribes to God the title of Kingship. (Isaiah 6; Psalm 99)  As the Son shares in the same nature as the Father, He too is deemed King of Kings and Lord of Lords. (Revelation 19:11-21)  Then of course with the Father and Son we see the Holy Spirit proceeding forth from the throne in thunders and lightenings in Revelation 4:5.  With such royal imagery used to describe the Triune God, it is only fitting for Him to have a royal court.  The angels function in this capacity in the Book of Revelation.  In Revelation 3:5 we read of Jesus confessing the names of His people before His Father and the angels. In Revelation 5:11 we see multiplied millions upon millions of angels singing and exalting God and the Lamb around the throne.  The Royal court of heaven idea is found elsewhere in Revelation in places such as Revelation 7:11; 12:9-10 and 14:10.  Far from being a static group of beings, we see Michael the Archangel and his hosts expelling Satan and his hosts permanently from heaven during the Great Triublation period in Revelation 12:9-10.  So undoubtedly we find the angels in Revelation functioning as a Royal Court, but notice also...

Render Judgment
In Revelation 7:2 we read "And I saw another angel ascending from the rising of the sun, having the seal of the living God; and he cried out with a loud voice to the four angels to whom it was granted to harm the earth and the sea."  It is in the context of executing God's judgment here on earth in the future tribulation period where we see the power of the angelic realm.  Some will have the ability to harm large portions of the earth and sea. (Revelation 8:8) Four angels alone will have the capability of wiping out 1/3 of mankind in Revelation 9:15. Another particular type of angel will be so bright as to illuminate the entire earth in Revelation 10.  Still another angel will have so much power that at the beginning of Christ's Millennial reign Satan himself will be bound and cast into the abyss by such a being. (Revelation 20:1-2) God's angels represent his holy and righteous character and stand to oppose any and all who cross purposes with God's Divine Will. As one proceeds further and further into Revelation, the boundary separating the realms of men and angels becomes blurred, and before it is all said and done, angels will become more evident than human beings in the final days before the Lord's return.

And so angels function in the Book of Revelation as the royal court of heaven and render judgment but notice their third and final capacity...

Reinforce God's People
I can recall as a child growing up how my father worked as a carpenter.  He was all the time working on framing up various walls or pieces of furniture.  One of the areas my dad was especially good at was reinforcing whatever he made.  I always would ask him why he spent so much time in the detail work of reinforcement, being that no one would see the reinforcements he put in place.  He told me he believed in quality work both inside and out, and that the finished product needed to include excellent reinforcement.

When I think of the ministry of angels to believers, one of those ministries has to do with reinforcement.  The focus is not on the reinforcement in as much as the finished product.  In the latter part of God's book we find angels guiding the Apostle John and aiding him in understanding the visions he is both seeing and recording by Divine inspiration.  Revelation 21:9 states - "Then one of the seven angels who had the seven bowls full of the seven last plagues came and spoke with me, saying, “Come here, I will show you the bride, the wife of the Lamb.” Think of John the Revelator, in his mid-90's, already having written what he did.  The Holy Spirit was guiding the entire process as he wrote.  God knew that John's frame of mind required an attendant from on high to ensure that John would be able to peer into the vision.  Hebrews 1:14 tells us explicitly that angels are ministering spirits sent to those who are about to inherit eternal life.  In other passages in Revelation 21:12,17 and 22:6,8 and 16 we see angels aiding, assisting, supplementing and encouraging John and us the reader in apprehending the truth of what is being depicted.  The Spirit superintends over how His Word is produced and includes the necessary means in ensuring its composition and accuracy.  No doubt about it, the angelic realm in Revelation serves to reinforce God's people by pointing them to Jesus and the scriptures.
Posted by mahlon at 7:42 AM No comments: