What is meant by the term: "The Holy Bible" 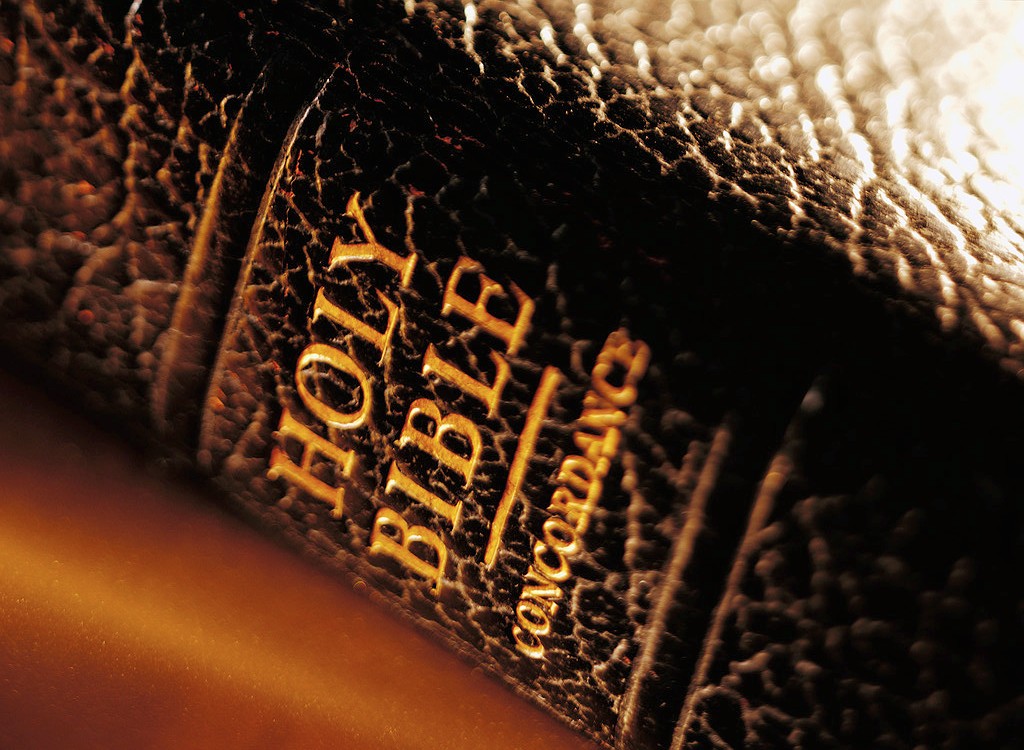 2 Peter 1:16-21 For we did not follow cleverly devised tales when we made known to you the power and coming of our Lord Jesus Christ, but we were eyewitnesses of His majesty. 17 For when He received honor and glory from God the Father, such an utterance as this was made to Him by the Majestic Glory, “This is My beloved Son with whom I am well-pleased”—18 and we ourselves heard this utterance made from heaven when we were with Him on the holy mountain. 19 So we have the prophetic word made more sure, to which you do well to pay attention as to a lamp shining in a dark place, until the day dawns and the morning star arises in your hearts. 20 But know this first of all, that no prophecy of Scripture is a matter of one’s own interpretation, 21 for no prophecy was ever made by an act of human will, but men moved by the Holy Spirit spoke from God.

Introduction
The first sentence of the Baptist Faith & Message 2000 reads as follows: "The Holy Bible was written by men divinely inspired and is God's revelation of Himself to man." When the Apostle Peter above was recounting by memory, through the Holy Spirit, his experiences with the Lord Jesus Christ - he tied the revelation of Jesus Christ to the revelation of scripture. Undoubtedly the Bible is unique. It is authoritative. The scripture carries a weight unlike any other book - whether it be religious or otherwise.

I am sure readers have seen on the spines of Bibles or on the cover the following words: "The Holy Bible". What is meant by this phrase "The Holy Bible"? The Baptist Faith and Message 2000 sees fit to begin its first article on the scriptures by right-away using this familiar but perhaps not-often-thought of phrase. Today's post will aim to unpack what we mean when we say the Bible is a book that alone is worthy of the title: "The Holy Bible".

1. The Holy Bible is a "set-apart" book
Anything holy means to be set-apart
The idea of being "set apart" is the most common way of referring to the concept of holiness. The Bible is really a collection of 66 separate books individually revealed by God to His people through the Biblical authors (i.e inspiration), who in turn received them, recognized them as such (i.e canonization) and henceforth has been regarded as the final authority of faith and practice.  Throughout the history of the revelation, inspiration and canonization of the books of the Bible, there has been a "setting apart" - first by God and then by God's people. As Dr. Loraine Boettner writes:  "Hence we can hardly over-estimate the importance of a correct doctrine of scripture."

2. The Holy Bible alone is a Divinely revealed book
This second point deals with the source of the scriptures - namely God Himself. The Baptist Faith and Message notes in its first sentence that: "...and is God's revelation of Himself to man." To elaborate on this particular sentence, the BFM 2000 makes further statements such as: "It has God for its author..." and "It reveals principles by which God judges us" and "All Scripture is a testimony to Christ, who is Himself the focus of Divine revelation."

These sentiments capture what Peter writes in 2 Peter 1:20-21 "But know this first of all, that no prophecy of Scripture is a matter of one’s own interpretation, 21 for no prophecy was ever made by an act of human will, but men moved by the Holy Spirit spoke from God." So when we say the Bible is "The Holy Bible", we refer to it as set-apart - in a class by itself; as well as it being Divinely inspired and authored by God as He worked through the nearly 40 human authors. Now notice a third meaning of this term "Holy Bible".

3. The Holy Bible alone is a set of books without error
To revisit briefly what we mean by the term "holy", at times a holy thing can refer to that which is set apart for God's use. On other occasions, a "holy thing" speaks of how it is sourced in God Himself. In other words, whatsoever comes in contact with God or that is sent by God comes with a measure of His approval. The scriptures come without measure. This third use of "holy" in the phrase "Holy Bible" speaks of its purity - i.e inerrancy.

The Baptist Faith and Message asserts in three different ways this important truth of the Bible being without error as originally given.

In the second sentence we read this phrase: "It is a perfect treasure of Divine instruction". From the scriptures given below the BFM's first article, texts such as Psalm 19:7 would reflect this type of wording.

The third sentence states this same truth negatively: "without any mixture of error, for its matter". This statement tells us what the Bible is not: namely a book prone to error (which touches on what is sometimes called "infallibility). Then the BFM 2000 rounds out its three statements on inerrancy with a final positive statement: "Therefore, all scripture is totally true and trustworthy".

Joseph D. Wooddell in his contribution to a recent commentary on the Baptist Faith and Message 2000, notes: "The question of whether the doctrine of inerrancy is reasonable seems easy enough to answer. If God is maximally perfect and has written a book, then that book probably would be inerrant. It certainly seems reasonable that a maximally perfect person could write such a book. This assumes that such a person would have character, knowledge, and power for doing so. But, of course, this is precisely what orthodox Christians believe about God. So, on an orthodox construal of God, it seems reasonable to believe scripture to be inerrant."

Closing thoughts
Today we traced out what is meant by the commonly seen phrase: "The Holy Bible". We noted three observations: