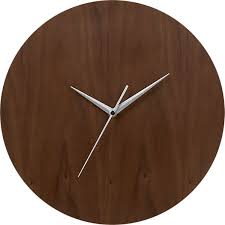 1 Peter 1:1 "Peter, an apostle of Jesus Christ, To those who reside as aliens, scattered throughout Pontus, Galatia, Cappadocia, Asia, and Bithynia, who are chosen."

Introduction The Apostle Peter was one of the original twelve chosen and called by Jesus to come and follow Him. (Mark 1:17-18, John 15:16) From the beginning of Peter's walk with Christ, the call of the Master on His life transformed him from a diamond in the rough to a precious jewel in Christ's crown.  35 years would pass before Peter composed his first letter under Divine inspiration.  Peter wrote to a group of Jewish believers who were scattered over a 30,000 square mile area of Asia and other regions that were in need of encouragement in their faith.  Where did Peter begin? He began by diving into the deep end of God's pool of revelation, namely the doctrine of election.  In today's post we want to understand why election is central to the Christian's identity and understanding of the Christian life, since Peter used it to begin his epistle of encouragement to stand firm in the faith. (compare 1 Peter 1:1, 2:9, 5:12-13)

Election's targets: Helpless people. 1 Peter 1:1
When you look at the region Peter is writing to, the middle three areas (Galatia, Cappadocia, Asia) had already been blanketed with the Gospel by the Apostle Paul. The people of Pontus and Cappadocia had been present at Peter's sermon on the day of Pentecost in Acts 2:9.  So why would God be targeting this area again? Because in the words of Acts 18:10, God had many people in that region.  The Jews to whom Peter wrote were "the dispersed", meaning they were scattered throughout the Roman world.  Peter was writing to those believers to stand firm in their faith (1 Peter 5:13) and bear witness to those around them. Unless God Sovereignly intervenes in the lives of the many people scattered throughout those regions, none would be able to save themselves.

Mankind is helpless.  1 Corinthians 1:27 notes: "but God has chosen the foolish things of the world to shame the wise, and God has chosen the weak things of the world to shame the things which are strong."  Peter is viewing these people from an earthward perspective - namely as strangers and pilgrims in a foreign land.  There were more people whom God had set His mind upon to save.   As Romans 3:10-12 states - as it is written,“There is none righteous, not even one;11 There is none who understands, There is none who seeks for God; 12  All have turned aside, together they have become useless; There is none who does good, There is not even one.”

Peter's words at the end of 1 Peter 1:1 identifies the Christians to whom he writes as those "who are chosen". In most English translations the phrase "the chosen" appears at the end of verse 1, however in the Greek, the phrase appears near the beginning.  This is an important point, being that Peter is trying to get his readers to understand themselves not from how men view them, but rather how God regards them as His loved, chosen people. Election is God's Sovereign lens that gives insight into how He reaches out to specific people and calls them from where they are to where He is.  God is on a search and rescue mission.  Election's emphasis should be thought of as God specifically aiming to save as many individuals as possible.1 As one Southern Baptist Seminary notes on their website regarding the Biblical doctrine of election: "Draw" is God's initiative. "Come" is man's response. Two truths, therefore, must be recognized in regard to election: God's sovereignty and man's free will. Both are abundantly taught in the Bible."2 God's elective purpose of grace targets helpless people in a two-fold manner:

a. God positions people to be met by Him.
Acts 10:34-35 states: "Opening his mouth, Peter said: “I most certainly understand now that God is not one to show partiality, 35 but in every nation the man who fears Him and does what is right is welcome to Him." Sovereign election entails all of the events and people God uses to orchestrate the appointed time and place He engages those whom He intends to convict unto salvation. Acts 17:24-27 reminds us that God ordains the times and places where men dwell so that they may somehow seek Him.  Undoubtedly God had a strategic people in mind when He prompted Peter to write these words.

b. God prescribes people to bring the Gospel.
Sovereign election includes the means as well as the ends.  The end is that God will have with Him in eternity all those whom by His elective purpose of grace believed on Jesus Christ. (2 Thessalonians 2:13) The means God ordains in election is described by the Baptist Faith & Message 2000:  "It is consistent with the free agency of man, and comprehends all the means in connection with the end."  God chooses, however He also has ordained the proclamation of the Gospel to be brought to unbelievers indiscriminately. Peter himself states in Acts 10:40-41 "God raised Him up on the third day and granted that He become visible, 41 not to all the people, but to witnesses who were chosen beforehand by God, that is, to us who ate and drank with Him after He arose from the dead."  Just as God ordains the salvation of those who have it in themselves by Grace to believe (Acts 13:47-48), God ordains and chooses the people He intends to bring forth the Gospel.  Unless the word of God is proclaimed, no one will get saved, for faith comes by hearing, and hearing by the Word of God. (Romans 10:17) Election explains why anyone gets saved, however in order for people to receive such salvation, they must believe on the Lord Jesus Christ in order to be saved. (Acts 16:31)

Peter's usage of election here is to remind his readers of the helpless estate of people around them.  God wanted to reach out to people around them and desires the same today, just as He had done so with them.  Election does not negate the need for evangelism, but rather demands that we go forth and do evangelism.

Elections's Motive: God's love. 1 Peter 1:2a
God's foreknowledge = God's fore-loving
Peter writes on with this opening phrase in 1 Peter 1:2 - "according to the foreknowledge of God the Father....".  Peter keeps diving deeper for the pearls of wisdom he is writing.  What is foreknowledge? The word foreknowledge in the original Greek is the word we derive our English term "prognosis". The word within "prognosis" is the word "gnosis" and is used to describe Adam "knowing his wife Eve" in Genesis 4:1 and God having "known" only Israel among the families of the earth in Amos 3:2.  The way the Bible uses the term "known" in these verses does not mean God had restricted knowledge, rather the term refers to God's special love for Israel, just as Adam "knew" or "loved" his wife as only a husband could. Deuteronomy 7:7-8a states -  “The Lord did not set His love on you nor choose you because you were more in number than any of the peoples, for you were the fewest of all peoples, 8 but because the Lord loved you and kept the oath which He swore to your forefathers...".

Why does God choose anyone? Love!
So why did God choose Israel? Why did He choose the individuals to whom Peter wrote? How about people who get saved to today or who have yet to believe the Gospel? One reason - love! Election is not based upon God seeing what people will do or not do with the Gospel.  If anything, all mankind does apart from grace is reject the gospel.  Does that mean that God does not know who will believe? Of course not! Rather the basis for God's elective purpose of grace is simply His loving choice of them.  In examining the over 100 verses on election in the Bible, not once is God's elective purpose ever based upon foreseeing what man would do or not do.  However there are scriptures that thankfully give one reason behind the otherwise inscrutable act of God's election of the saints: love.  The New Testament equates God's foreknowledge and love of believers in two remarkable passages.  1 Corinthians 8:3 states - "but if anyone loves God, he is known by Him." Then 1 John 4:19 tells us - "We love, because He first loved us."  God's foreknowledge is simply another way of saying God's "foreloving".  Romans 8:29 places God's foreknowledge prior to God's election of the believer in Romans 8:30.  God's eternal love for those whom He sees in Christ is what prompts Him to choose them. Ephesians 1:4 notes - "just as He chose us in Him before the foundation of the world, that we would be holy and blameless before Him. In love".

Conclusion
Therefore Peter reminds his readers they are chosen because of God's foreknowledge or fore-loving of them.  No matter what happens or what persecutions they may be enduring, God's love will see them through to the end.  All believers readily recognize how helpless they would be without God's grace, and how much they are ever in need of the Father's love.  What being "chosen" people emphasizes then is that God targets helpless people, and that He does so only because of His unending love.

Endnotes:
1. On the website of South Western Baptist Theological Seminary we see the following statement concerning God's grace in election:

"Also, election should not be regarded as God's purpose to save as few as possible rather than as many as possible. The tenor of the Bible is that God loves all men and wishes to save as many as possible. Again, it should not be viewed as relating to the saving of certain individuals to the neglect of all others. Such a position negates the abundant teachings of the Bible to the contrary. The pitfall resulting from these others is fatalism. If some are saved and others lost regardless of what they do or do not do, what incentive is there to seek the Lord or to preach the gospel? But the facts of Scripture are that man is not a puppet on a string. Election never appears in the Bible as mechanical or as blind destiny. It has to do with a God of love and with man who is morally responsible. Election never appears as a violation of the human will (Matt. 23:37-38). Note John 6:4, "No man can come to me, except the Father . . . draw him." "Draw" is God's initiative. "Come" is man's response. Two truths, therefore, must be recognized in regard to election: God's sovereignty and man's free will. Both are abundantly taught in the Bible."


2. South Western Baptist Theological Seminary
Posted by mahlon at 6:44 AM