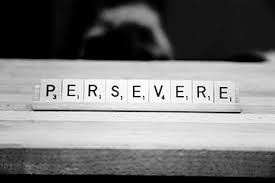 Daniel 3:18 "But even if He does not, let it be known to you, O king, that we are not going to serve your gods or worship the golden image that you have set up."

1 John 3:1 "See how great a love the Father has bestowed on us, that we would be called children of God; and such we are. For this reason the world does not know us, because it did not know Him."


Persevering faith in Daniel 3-4
In today's post we turn again to the Book of Daniel to discover more important truths about persevering faith. Daniel was just a young man of 15 years of age when he and his friends were taken into exile in Babylon. As he by God's favor began to gain respect and favor in the eyes of Nebuchadnezzar's court, God began giving dreams to the King and giving Daniel the ability to interpret. The famous account of the fiery furnace focuses on Daniel's three friends, and their refusal to give into compromise. They persevered under pressure. The question is: what marks persevering faith?

1. We note first of all that persevering faith rejects unbelief. (Daniel 3) Rejecting unbelief entails knowing who I am, Whose I am and the Great I am.

2. A second trait of persevering faith is the fact that such faith rests in God's Sovereignty. (Daniel 4) Nebuchadnezzar was humbled by God for His persistent refusal to acknowledge God in His Sovereignty. Daniel rested in such truth, as well as Daniel's three friends. However despite Nebuchadnezzar's decree that contained words about God's power, the king's idolatrous heart was still was present.  It is one thing to endorse God in the front of men and yet only true, persevering faith will in the heart gladly rest in the Sovereignty of God affirmed by the lips.  Only when we rest in God's Sovereignty will we then have a faith that perseveres.

1 John 3 and the marks of true, genuine, persevering faith
1 John 3 also deals with the subject of one's faith. The whole book of 1 John is concerned with establishing the assurances of salvation that are afforded to the Christian. So the question is: how can we know that we are truly born-again, converted people in Jesus?

True Christians will first of all hope in Christ's coming (1 John 3:1-3); hate sin (3:4-10); love the saints (3:11-17) and heed the scriptures (3:18-24). Does that mean that all Christians will do this equally or in the same fervor? No. At bare minimum these traits should be marked by increasing frequency and intensity over the course of the Christian's life.

1 John 3 reminds us of the truth we find in 2 Corinthians 13:5 "Test yourselves to see if you are in the faith; examine yourselves! Or do you not recognize this about yourselves, that Jesus Christ is in you-unless indeed you fail the test?" May you and I today persevere and lean upon Jesus Christ and His finished work - in faith and by His word.
Posted by mahlon at 8:17 AM

Email ThisBlogThis!Share to TwitterShare to FacebookShare to Pinterest
Labels: Assurances of Salvation, Book of 1 John, Book of Daniel