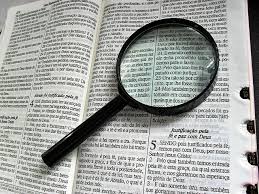 2 Peter 1:20-21 But know this first of all, that no prophecy of Scripture is a matter of one’s own interpretation, 21 for no prophecy was ever made by an act of human will, but men moved by the Holy Spirit spoke from God.

Introduction:
Happy New Years to every reader who comes on this blogsite today! We have been in a study of the most comprehensive statement regarding Biblical inerrancy in modern times: "The Chicago Statement on Biblical Inerrancy". The group who drafted this document: "The International Council on Biblical Interrancy" (ICBI), desired to express in the clearest terms possible what Biblical inerrancy is and is not. In order to accomplish this purpose, The ICBI drafted 19 articles of affirmation and denial.  Today's post will feature the first eleven of those articles.  The aim of this section of the statement is precision in making certain to readers what constitutes Biblical inerrancy and infallibility.  Such a section is important to combat other positions that attempt to view the Bible as being anything but the Word of God.  Again I commend the reader to explore the link for the below articles at the link: http://library.dts.edu/Pages/TL/Special/ICBI_1.pdf

Article I
We affirm that the Holy Scriptures are to be received as the authoritative Word of God.

We deny that the Scriptures receive their authority from the Church, tradition, or any other human source.

Article II
We affirm that the Scriptures are the supreme written norm by which God binds the conscience, and that the authority of the Church is subordinate to that of Scripture.

We deny that Church creeds, councils, or declarations have authority greater than or equal to the authority of the Bible.

Article III
We affirm that the written Word in its entirety is revelation given by God.

We deny that the Bible is merely a witness to revelation, or only becomes revelation in encounter, or depends on the responses of men for its validity.

Article IV
We affirm that God who made mankind in His image has used language as a means of revelation.

We deny that human language is so limited by our creatureliness that it is rendered inadequate as a vehicle for divine revelation. We further deny that the corruption of human culture and language through sin has thwarted God's work of inspiration.

Article V
We affirm that God's revelation in the Holy Scriptures was progressive.

We deny that later revelation, which may fulfill earlier revelation, ever corrects or contradicts it. We further deny that any normative revelation has been given since the completion of the New Testament writings.

Article VI
We affirm that the whole of Scripture and all its parts, down to the very words of the original, were given by divine inspiration.


We deny that the inspiration of Scripture can rightly be affirmed of the whole without the parts, or of some parts but not the whole.

Article VII
We affirm that inspiration was the work in which God by His Spirit, through human writers, gave us His Word. The origin of Scripture is divine. The mode of divine inspiration remains largely a mystery to us.


We deny that inspiration can be reduced to human insight, or to heightened states of consciousness of any kind.

Article VIII
We affirm that God in His Work of inspiration utilized the distinctive personalities and literary styles of the writers whom He had chosen and prepared.

We deny that God, in causing these writers to use the very words that He chose, overrode their personalities.

Article IX
We affirm that inspiration, though not conferring omniscience, guaranteed true and trustworthy utterance on all matters of which the Biblical authors were moved to speak and write.

We deny that the finitude or fallenness of these writers, by necessity or otherwise, introduced distortion
or falsehood into God's Word.

Article X
We affirm that inspiration, strictly speaking, applies only to the autographic text of Scripture, which in the providence of God can be ascertained from available manuscripts with great accuracy. We further affirm

that copies and translations of Scripture are the Word of God to the extent that they faithfully represent the original.

We deny that any essential element of the Christian faith is affected by the absence of the autographs. We further deny that this absence renders the assertion of Biblical inerrancy invalid or irrelevant.

Article XI
We affirm that Scripture, having been given by divine inspiration, is infallible, so that, far from misleading us, it is true and reliable in all the matters it addresses.

We deny that it is possible for the Bible to be at the same time infallible and errant in its assertions. Infallibility and inerrancy may be distinguished, but not separated.