An overview of the Bible's teaching of the rapture 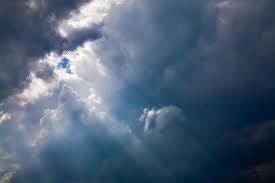 Acts 1:9 - And when he (Jesus) had spoken these things, while they beheld, he was taken up; and a cloud received him out of their sight.


1 Thessalonians 4:17 - Then we which are alive and remain shall be caught up together with them in the clouds, to meet the Lord in the air: and so shall we ever be with the Lord.


What is the "rapture"
What do we mean when we speak of the believer's catching away by Christ or what is called  "The Rapture"?  The word "rapture" comes from a Latin term "rapturo", which in turn is a translation of the Greek word from the original language of 1 Thessalonians 4:17 - "to be caught up".  A general overview of the Bible's teaching on the rapture will be the focus of today's post.

The reality of the rapture
Almost no one disputes the reality of the rapture or "catching away" of Christians at Christ's return.  With His return will come the total and unmingled wrath of God on this world.  1 Thessalonians 1:10 and 5:9 remind us that Christians do not have to worry about enduring God's wrath.  Clearly the rapture, much like our physical resurrection, has direct connection to the Lord ascending into Heaven in Acts 1:9.

No doubt the miraculous ascent of Christ will be repeated corporately in the life of every Christian.  If a Christian has already went to be with the Lord in death, then that saint will be resurrected in a new body and then raptured, followed immediately by the living saints' bodies being transformed and raptured upon Christ's return. 1 Thessalonians 4:13-18 gives us the fullest treatment of this mass miracle.  Other passages too give hints to the details surrounding this event in passages such as Matthew 24; 1 Thessalonians 5; 2 Thessalonians 2 and 1 Corinthians 15:50-57.


The question about the rapture's timing and occurrence
The more fundamental doctrine of the Christian's involvement in the resurrection of the righteous is what makes the rapture teaching so important. Though everyone agrees that there will be Christians' bodies raised or transformed at the rapture, we do have one area of which there is no consensus - namely the rapture's timing.

When studying Bible prophecy or eschatology three headings can be used in categorizing Bible doctrine: definites, positions and opinions.  Definites include those teachings which determine salvation, positions have to do with those areas or distinctives that entire denominations or church groups teach. Opinions of course refer to those areas of Biblical teaching that though important, yet because of relative lack of information result in allowances for legitimate disagreement. In regards to the timing of the rapture, we would have to state that a number of opinions exist as to when it will occur.


Pre-trib, Mid-trib or post-trib?
Three major opinions exist as to when the rapture will occur.  Many Bible teachers point to a period of time in which God's wrath will be unleashed upon planet earth that is called "The Great Tribulation".  From texts such as Daniel 9:23-27, we come to realize that this period will last 7 years.
Questions of course center around whether or not the church will be raptured "before", "mid-way" or "towards the end" of this period.  The opinions are respectively referred to as "Pre-trib", "mid-trib" and "post-tribulationalism". The diagrams below summarize these positions (from website link: en.wikipedia.com) If space permitted, we could appeal to many texts to rally support for each of these opinions.  Being that the Lord has purposely inserted a "mystery" element into the chronology of prophetic events, piecing together the sequence of events on Bible prophecy can prove challenging.  The reader is encouraged to look at passages such as Matthew chs 13 and 24-25; Daniel 9:23-27; Jeremiah 30; 1 Thessalonians 4:13-18 and ch 5; 2 Thessalonians 2 and Revelation 3,6,7,14 for further study.


So why does the rapture matter?
1 Peter 3:15 states - "But sanctify the Lord God in your hearts: and be ready always to give an answer to every man that asketh you a reason of the hope that is in you with meekness and fear".  Every Christian should have a good enough understanding of what they believe to help unbelievers see the hope of Christ.  This includes where one stands on the rapture.  Whether or not I believe the next big event is the rapture, the revelation of the anti-Christ or some major war does have immediate bearing on how I will live.  Being able to grapple with questions about the problem of evil and suffering, tsunamis and starving children are examples as to why it is our responsibility to live out our theology and have a living theology.
Posted by mahlon at 8:05 AM