3 Mysteries of the Kingdom in Mark's Gospel 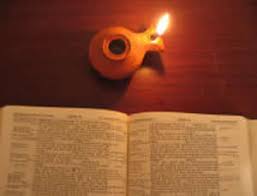 Mark 4:1-2 "He began to teach again by the sea. And such a very large crowd gathered to Him that He got into a boat in the sea and sat down; and the whole crowd was by the sea on the land. 2 And He was teaching them many things in parables."

Introduction:
Today's post is going to feature the only parables of Jesus found in Mark's Gospel.  When one surveys the parables of Jesus in the four Gospels, over fifty of them can be found.  Mark's Gospel records the least amount, with one of them being unique to Mark (the parable of the seed in Mark 4:26-29). In Mark 4:1-34 we see these three parables presented all in one setting, with the principle concern of presenting what Jesus calls  "the mysteries of the Kingdom" (Mark 4:11).

The idea of "mystery" in the Bible
The word "mystery" in the New Testament must not be conceived of as a "mystery" in the modern sense, wherein a person is trying to discover something that can otherwise never be know.  Rather God is making known a truth that He had not previously revealed to former generations of God's people.  The best example of this is the "mystery of the church" that is spoken about in Ephesians 3:9-10. Every single doctrine that is found in the New Testament can be found in the Old Testament except one - the doctrine of the church.  It was a mystery in that God was the only One knowing about it.  Not until Jesus began hinting about it in Matthew 16 and 18, and not until the day of Pentecost in Acts 2 do we see the church born and begun.

The church as a "mystery" in the Old Testament was hidden, but now in this New testament era is revealed, made known to all people. The Kingdom of God, the domain of God's activity, reign and influence, as certain traits that are hidden from men but are readily revealed by God through His Word to anyone who has been touched by God's grace through faith.  The "mysteries" of God's kingdom are presented by Jesus here in Mark and more so in Matthew 13 as those traits of God's Kingdom that run counter to human reason but make sense in light of God's revelation in the scriptures and the Person of Jesus Christ.

Point of application for today's post
When it is all said and done, here will be the main point of today's post: knowing what these mysteries of the Kingdom are can make us more effective Christians in the world today.

Why is this point of application so crucial? Because Christians living in this world are prone to discouragement, frustration, misunderstanding or reliance upon man-centered thinking when it comes to how God operates in matters of salvation and life.  Jesus' three parables will give us insight into how God's Kingdom operates in the world and through the church.  By understanding these "mysteries", we can be more effective Christians.

As we have noted in times past, when studying the parables of Jesus, it is important to locate the one meaning or main idea.  Details function primarily as window dressing, with the centerpiece truth being the point.  With parables, Jesus will often begin with what is "known, familiar, concrete" and proceed to what is "unknown, unfamiliar and abstract". So with the three parables listed, let us now consider the three mysteries of the kingdom taught by Jesus so that we can be more effective Christians in this world today.

1. Kingdom Mystery #1: Responses to the Kingdom. Mark 4:1-12; 13-25
Have you ever noticed when trying to share God's Word with people the varied responses you will receive? We either will quit when we don't see an immediate response or suddenly be shocked when someone does respond.  Why is it that people respond to God's reign and activity (Kingdom) in certain ways? The parable of the soils answers this question.  The key point of the parable is found in Mark 4:23 "If anyone has ear, let Him hear". Thankfully in this particular parable, Jesus not only gives us the exposition in Mark 4:1-12, but also the explanation in Mark 4:13-25.  Responses to the Kingdom is clearly the chief concern of the parable.  Note the four typical types of responses laid out by Jesus that can give us insight into how and why people respond the way they do to the things of God:

2. Kingdom Mystery #2: Unexplainable Nature of the Kingdom. Mark 4:26-29
You have probably heard it said that if you fail to plan, you plan to fail.  Certainly scripture lays out elsewhere that we are stewards of the things of God and have responsibility to plan and take care of what He has given us. (1 Corinthians 4:1-2)  However we must also understand that we ultimately cannot plot out how God is going to work on a chart, graph or poll.  Too often we as Christians get frustrated when our best laid plans, efforts to reach people for Jesus and encouragements to advance God's Kingdom seem to go awry. Jesus' point in this second parable is that the advancement of God's kingdom, though including us, is not dependant upon us.  Any move of God cannot be credited nor assigned to human ingenuity.

In this "parable of the seed" in Mark 4:26-29, we see a farmer going through a growing season of plowing, planting and harvesting.  The farmer rises early and goes to bed late.  He labors, he toils and he knows his fields.  However, the farmer cannot control the outcome of the crop.  Furthermore, Jesus plainly says in verse 27 that despite all of the farmer's knowledge and planning, the farmer does not know how the life in those seeds can work forth full mature crops.

Other scriptures bear out this notion of the success of the Kingdom of God not being explainable or attributable to human effort. Zechariah 4:6 reminds us: "not by might, nor by power, but by my Spirit says the Lord." Ezekiel 37:1-3 has the prophet Ezekiel looking over a valley full of bones and God asks: "son of man, can these bones live?" And Ezekiel the prophet responds: "Only you know Lord".  Or what about the Apostle Paul in Romans 9:14-15, wherein he states the mystery of God's elective purposes of grace in salvation: "not to him who will, or him who runs, but God's mercy". The Kingdom's work and outcomes, though including human will and effort, yet are not determined by such.  God's mercy, might and Spirit affect outcomes. God is the One who grants life, whether in a field of crops or a field of souls.

So....knowing what these mysteries of the Kingdom are can make us more effective Christians in the world today. let us quickly look at the third parable, and thus third kingdom mystery in Mark 4:30-34.

3. Kingdom Mystery #3: Unexpected Outcome
Jesus third parable deals with what was known back then as "the smallest seed".  I have seen mustard seeds in their pure from, and they are indeed small. The fact that they can grow into a literal tree like plant big enough for birds to roost indicates the disproportionate difference between the seed and end product. When we search the scriptures we see numerous examples of God starting out with virtually nothing, or nothing at all, and turn it into something unexpected and supernaturally victorious.

Abraham is a fine example of this third Kingdom mystery principle of unexpected outcomes. He was 75 years of age when God called him.  His wife was barren.  That mustard seed so to speak would never had been predicted by anyone to had turned into a full-fledged nation and ultimately that nation providing the human dna for the humanity of the Son in His incarnation. Yet that is exactly what the Bible records. What we may very well deem to be a dead situation, hopeless and despairing, God says: let there be light. Only God can bring about an outcome that far exceeds human expectation - that is how His Kingdom works. (1 Corinthians 2:9)