Historic Baptist Teaching on Church Membership: All church members must be born-again 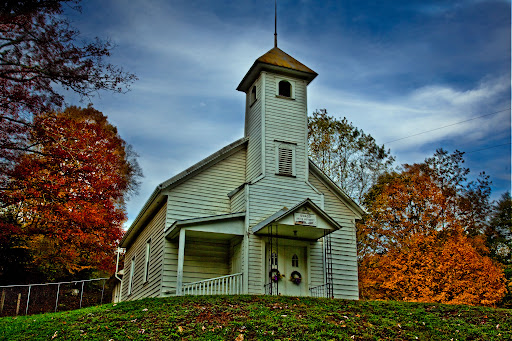 Acts 2:42 "So then, those who had received his word were baptized; and that day there were added about three thousand souls."

1. A regenerate heart.
2. A confession of faith.
3. The reception of baptism.
4. A Christian life.

Below Hiscox begins his lively discussion on regenerate church membership by noting the first requirement for being  a member of a local church (at least among Baptist churches), namely the need for a regenerate heart.


I. A regenerate heart.
None but converted and godly persons have any right in the Church of Christ as members. To admit the ungodly and the profane to the fellowship of the holy, to share the privileges of the faithful, and partake of the sacred Communion of the Body and the Blood of Christ, would be a scandal and a shame, not to be perpetrated or endured by those who profess to be His disciples.

Nor is it enough that one's moral character be without reproach, and his life orderly. He must give good evidence that he is "a new creature in Christ Jesus," that he "has passed from death unto life," and that " Christ is formed in him," or he has no place in His body, which is the Church. If our churches are to fulfill their mission, remain true to their traditions, and honor their apostolical pretensions, they must
insist, with unabated vigor, on a regenerated membership.

Nor must they insist on it in theory only, but take every precaution to maintain it in practice. This position, however, is one with which many Christians, deemed evangelical, not a few Christian teachers, and some entire denominations do not agree; such persons claiming that nothing more than good moral character and a serious disposition to attend to religious instruction should be demanded in
candidates for Church membership.

Their theory is, that within the Church regeneration and salvation are to be found, rather than before entering it. By this practice the holy and the profane are brought into unseemly fellowship in the body of Christ, the broad distinction between the Church and the world is diminished or obliterated, the salt loses its savor, and the city set on a hill to that extent is hid, and ceases to be a monument of grace to men. This becomes more emphatically true, since churches which hold this theory hold also to infant baptism and Church membership witliout pretension of sav- ing faith or spiritual birth.

Such associations lose the foremost characteristic of Christian churches, and become religious societies, where carnal and spiritual mingle in inharmonious fellowship, only a part of which can pretend to be members of the body of Christ. The teachings of the New Testament are clear and emphatic on this point. Both Jesus and His Apostles made it manifest that His kingdom was not of this world, and those who constituted it were such as are born of the Spirit.

In the constitution of the first churches, both Jewish and Gentile, the persons who composed them were not indiscriminately gathered, but those called out of the masses of the people on a confession of faith in Christ, and a change which betokened a regenerate nature.

This was the case at the Pentecost, and subsequently it was " the saved " who were added to the churches. So was it at Samaria, at Antioch, at Ephesus, at Corinth, at Philippi — everywhere. The Church at Rome was addressed as " Beloved of God, called to be saints." — Rom. i : 7. And these same disciples Paul reminds of their former condition, " When ye were servants of sin," and contrasts it with their present condition: " But now, being made free from sin, and become servants to God, ye have your fruit unto holiness, and the end everlasting life." — Rom. 6 : 20, 22.

The broad distinction between what they once were and what they had become, indicative of the great change, is carried through all the epistles. To the Philippians, it is, " To all the saints in Christ Jesus, which are at Philippi." — Phil. 1:1. Elsewhere it is the same : " To the saints and faithful brethren which are at Colosse." — Col.1:2; 3:3. He says: " Ye are dead, and your life is hid with Christ in God." Peter, addressing the saints, says: " Ye also, as living stones, are built up a spiritual house, to be a holy priesthood, to offer spiritual sacrifices, acceptable to God, through Jesus Christ." And further, he declares: "But ye are a chosen generation, a royal priesthood, a peculiar people; that ye should show forth the praises of Him who called you out of darkness into His marvellous light." — I Peter 2:5,9.

The unvarying tone of New Testament utterance is the same. Those gath- ered in fraternal fellowship to constitute the churches of our Lord, are such as have been called out of darkness into light, and from the power of Satan. Once were they darkness, now are they light in the Lord."