The Church in this world 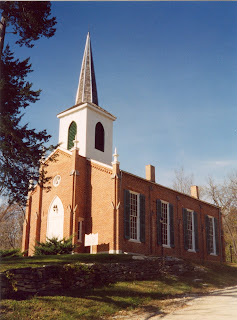 Acts 28:21-22 They said to him, “We have neither received letters from Judea concerning you, nor have any of the brethren come here and reported or spoken anything bad about you. 22 But we desire to hear from you what your views are; for concerning this sect, it is known to us that it is spoken against everywhere.”

Introduction:
I recall not to long ago somebody walking up to me and asking: "So how is the world treating you?" The only response I could think of was: "The world is treating me terribly, it hates me. However, Jesus is treating me wonderfully, He loves me." That response reflects the true reality of the relationship of the Christian to this world. The Book of Acts tells the history of the Holy Spirit's working in and through the church. Acts 1-2 details the commissioning by Jesus of His disciples to go and wait upon the Holy Spirit, Who then comes to birth and empower Christ's church. As the Book of Acts comes to a conclusion, the Apostle Paul is seen under House arrest in Rome, proclaiming the Gospel to whomever will give him an audience. Today's post is all about understanding the Church in this world.

Point of Application
The church in this world can expect discouragement, different responses and definite victory. Lets briefly consider these three parts of this main point.

The Church in this world can expect discouragement. Acts 28:21-22
Notice what the Jews say to Paul in Acts 28:22 "But we desire to hear from you what your views are; for concerning this sect, it is known to us that it is spoken against everywhere.” The underlined word "sect" in this verses comes from a Greek word from whence we get our English word "Heresy". The idea is that the early church was viewed as a variant, a differing opinion with Judaism and in the final analysis - a movement that ran counter to the Jewish traditionalism of the day. As the early Christians pushed the frontiers of the mission field, opposition increased. Jesus told His disciples that they would experience discouragement and opposition in this world. Matthew 10:22a reminds us: "You will be hated by all because of my name." Matthew 24:9 paints an even worse picture: “Then they will deliver you to tribulation, and will kill you, and you will be hated by all nations because of My name." Thankfully Jesus tells His disciples (and us really) these words in John 16:33 "These things I have spoken to you, so that in Me you may have peace. In the world you have tribulation, but take courage; I have overcome the world.” So though Christians in this world can expect discouragement, we know that Jesus' peace and presence is ever with us. So the church in this world can expect discouragement and then a second thing....

The church in this world can expect different responses. Acts 28:23-24
Acts 28:23-24 relays to us how Paul spent countless hours communicating Jesus Christ from the scriptures. He would had done so mainly from the Old Testament prophets. When Paul got finished, we read in Acts 28:24 - Some were being persuaded by the things spoken, but others would not believe. We must expect different responses from people. There will be doubt, unbelief and apathy. Sometimes anger or offense. However there will be moments where the Spirit of God moves upon someone to elicit a response of faith. Jesus had this in John 12:42 "Nevertheless many even of the rulers believed in Him, but because of the Pharisees they were not confessing Him, for fear that they would be put out of the synagogue." We must ever remember that the differing responses to our presentation of God's Word is more often and not due to the failure in the hearer, rather than us. Thankfully God's Word is never the reason as to why people don't believe. So the church in this world can expect discouragement and different responses. But notice the last and positive truth in all of this...

The church in this world can expect definite victory. Acts 28:25-31
Notice Acts 28:30-31 "And he stayed two full years in his own rented quarters and was welcoming all who came to him, 31 preaching the kingdom of God and teaching concerning the Lord Jesus Christ with all openness, unhindered." Paul had finished the closing remarks of his address to his hostile audience. He quoted Isaiah 6:9-10 as evidence against his opponents. Much like Isaiah the prophet who was sent on a mission to a hard people, the church has been sent on a mission to a hostile world. We may experience discouragement and different responses as the church in this world, however no matter what, the mission will succeed. God's Word achieves whatever purpose God sends it to accomplish. For some that may mean conviction and for others convincing.

I close today's post with this quotation from Isaiah 6:6-11 as a reminder of what definite success looks like for the church in this world: "Seek the Lord while He may be found;Call upon Him while He is near. 7 Let the wicked forsake his way And the unrighteous man his thoughts; And let him return to the Lord, And He will have compassion on him, And to our God, For He will abundantly pardon. 8 “For My thoughts are not your thoughts, Nor are your ways My ways,” declares the Lord.
9 “For as the heavens are higher than the earth, So are My ways higher than your ways And My thoughts than your thoughts. 10 “For as the rain and the snow come down from heaven, And do not return there without watering the earth and making it bear and sprout,
And furnishing seed to the sower and bread to the eater; 11 So will My word be which goes forth from My mouth;
It will not return to Me empty, without accomplishing what I desire, and without succeeding in the matter for which I sent it."

Email ThisBlogThis!Share to TwitterShare to FacebookShare to Pinterest
Labels: Book of Acts, Church History, The Church