The kind of men God wants in families, churches and communities 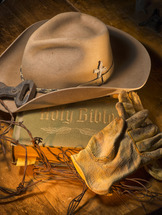 1 Timothy 2:8 "Therefore I want the men in every place to pray, lifting up holy hands, without wrath and dissension."

Introduction:
In Paul's first letter to Timothy, the main purpose was to instruct both Timothy and the church on how to conduct themselves in the church of the living God. (1 Timothy 3:15) To expand out further for a moment, the three letters of 1 Timothy, 2 Timothy and Titus are deemed "The Pastoral Epistles". They function as inspired manuals on how to have a Christ-centered church and leaders who can lead those churches. The vision for Godly leadership and churches in 1 Timothy, as well as 2 Timothy and Titus, is  to address families, pastors, deacons, men, women and children.

To now zero in the focus today's post, 1 Timothy 2:8 expresses God's desire for godly men in the church. Such a need in our families, churches and communities cannot be over-emphasized. Without a doubt Paul is concerned about addressing the male church membership at the church of Ephesus in 1 Timothy, as seen in his specific use of the word translated "men".

Why the men? Certainly Paul is not excluding women from his instructions on godly living in the church. The remaining seven verses of 1 Timothy 2 aim at demonstrating God's inclusion of women in his redemptive purposes. Rather Paul is underscoring the need for godly men. Ephesus was a center of culture and learning in Asia Minor and was known for its devotion to the false Greek female deity known as Artemis. This cult flourished in Ephesus and epitomized broken male culture, as seen in the crass forms of prostitution practiced by both men and women at the temple shrine. As the church at Ephesus began in Acts 18 and 19, the immediate need was evident - the need for godly men. The need was for men who could lead, be spiritual leaders in their homes and living examples of men who are transformed by Jesus Christ. Today we want to consider 1 Timothy 2:8 and simply note the kind of men God wants.

1. God wants Godly men.
When Paul wrote: "I desire for men in every place..." at the beginning of 1 Timothy 2:8, he was not only expressing his thoughts and desires, but also the desires of the Holy Spirit inspiring His words. God so wills and desires for there to be Godly men in every generation and in every church. We see as early as Genesis 3 God's desire to redeem Adam. Adam had failed as the man and as a man to protect his wife, rebuke the Devil and heed the voice of God. Nonetheless God sought after the man and the woman both. The first five chapters of Genesis record over 1600 years of time and ten generations of human beings, with ten men carrying forth the Gospel like torch lights on an unlit runway. Afterward God raised up men like Abraham, Moses, Samuel, David, Hezekiah and others throughout the Old Testament. Certainly God utilized women in furthering the Kingdom like Deborah in Judges and Ruth and Mary, yet God's express desire more often than not was to call forth men.

Why men? It's not because men are smarter, or better or more consistent. if anything, men oftentimes fail, are hard to find when it comes to the need for leadership and frankly, would rather let someone else do it. God's ultimate purpose in all things is His glory. (Romans 11:36) Any spiritual benefit flows from my life as a man cannot be credited to me, but God alone.

The greatest evidence we have in scripture of God's desire for Godly men is in what His Son became when He came into this world. Jesus Christ, the Second, Co-Eternal, Co-Equal Sharer of Deity with the Father and the Spirit, assumed humanity in the virgin birth. To be more specific, Jesus Christ chose to become a man in the fulness of time. (Galatians 4:4) So clearly the first reason we need godly men is due to the fact that it is God's will for there to be godly men.

2. God wants Godly men that are spiritual leaders
So we have established that God desires godly men, and now we can build on that thought by including how God desires godly men who are spiritual leaders. However notice what Paul writes again in 1 Timothy 2:8 "Therefore I want the men in every place to pray, lifting up holy hands....". Why the  public display of prayer and worship? It is quite simple really....God desires men to be spiritual leaders in their homes, churches and communities. Paul does not restrict male spiritual leadership in one location. He could very well had limited his instructions to "wanting all men in the churches to pray and lift up holy hands" or "wanting all men to pray" and thus put the period on the end of his sentence. However, that is not what the Holy Ghost intended. Rather, the instruction is very public and purposefully meant to convey the need everywhere and everyplace for men to be spiritual examples.

3. God wants Godly men to be spiritual leaders who are unhindered in their walk with Him
Again notice what Paul writes in - 1 Timothy 2:8 "Therefore I want the men in every place to pray, lifting up holy hands, without wrath and dissension." So many men either hold onto anger from the past or pride and thus dissension. Pride and anger lie at the root of Adam's fall into sin. These two traits are persistently used by Satan to sabatoge men who are redeemed by Christ in faith from enjoying their walks with God.

God desires godly men, and godly men who will be spiritual leaders. However to add onto these last two thoughts, He desires men who won't hesitate in their walk with Him. It is clear that broken male culture is the outcome of men hesitating or not following through in their relationships - whether they be marriages, parenting or with their walk with God. We as men need to quit hesitating and throw our all into others and moreso into the Lord Himself.
Posted by mahlon at 9:22 AM

Email ThisBlogThis!Share to TwitterShare to FacebookShare to Pinterest
Labels: The man of God