God's Greatness is central to evangelism 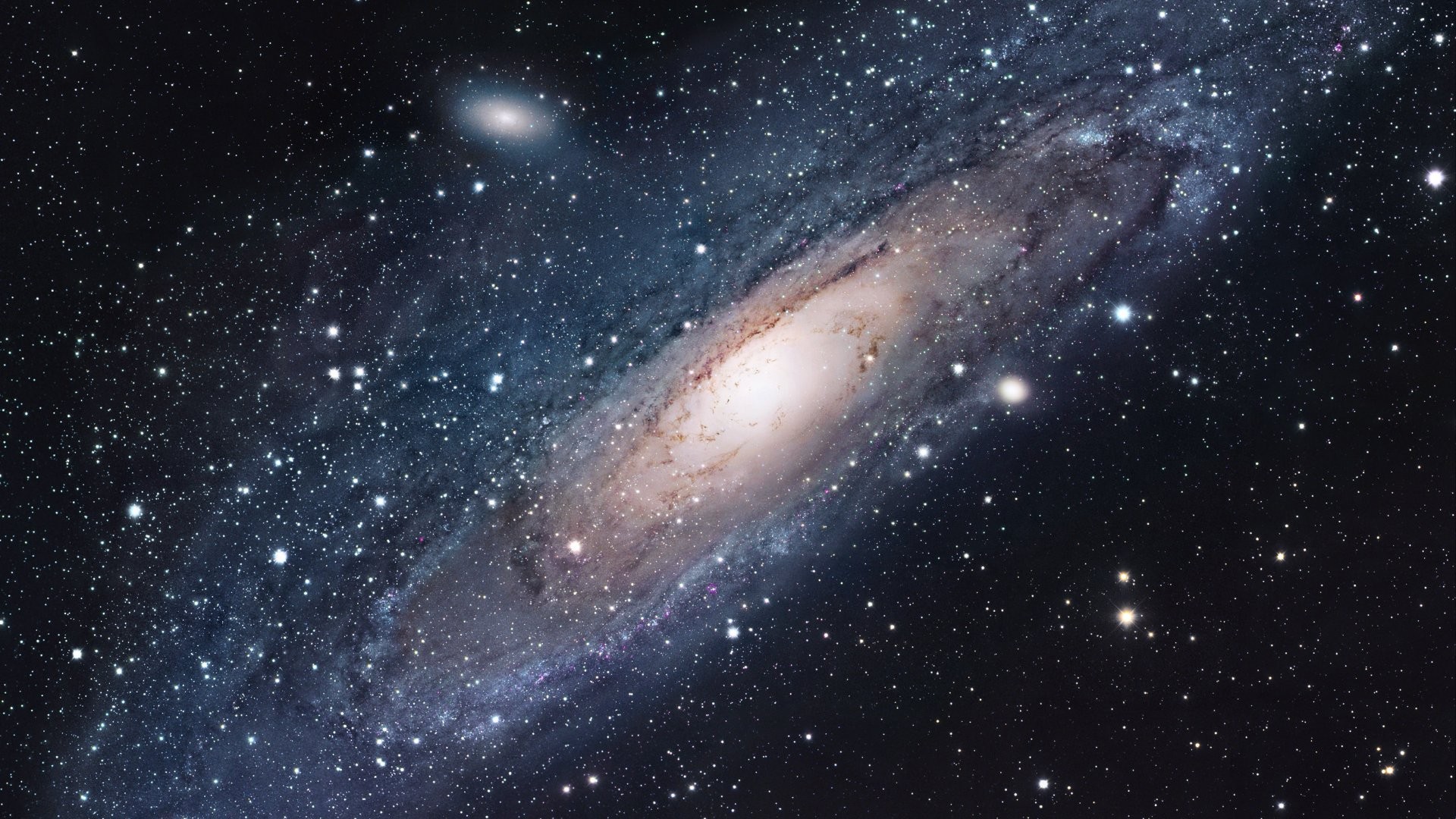 Romans 11:25-26a "For I do not want you, brethren, to be uninformed of this mystery—so that you will not be wise in your own estimation—that a partial hardening has happened to Israel until the fullness of the Gentiles has come in; 26 and so all Israel will be saved.....".

Introduction: A Father's great love towards two people who didn't deserve it
I'll never forget the time I attempted to build a stool for my mother's birthday. My father was a carpenter and so I asked him how I needed to go about doing the project. After he explained to me a basic plan, I went to work. Sadly, I thought I knew better than my dad and so I chose my own plan and went about finding some scraps of wood and borrowing an old worn-out handsaw. As a young adolescent boy, it became immediately clear that my father's carpentering abilities had not been inherited in the genes. After about an hour into the project, I realized the stool was going to take longer than I had planned. My little sister came along trying to help, only to be met by a smug and overbearing big-brother telling her to go way. It did not take long until we got into a big argument. I called her names and thought I had finally taken care of any more attempts on her part to "help". My sister thought it would be wise to take the pieces of the project and throw them into the weeds.

Now I'll admit, I totally deserved it! The problem now was we had the classic "two-wrongs don't make a right" scenario. Moreover, my dad had to hear the whining adolescent brother complaining about his sister and the little sister crying because of the hurtful things that had been said. The project was doomed. By the way we both had handled out disagreement, my dad could had said enough was enough and not be obligated whatsoever to intervene and complete a project that we obviously could not finish.

But do you know, my dad not only intervened, he ended up building a far better stool for my mother and get this: after working with us to reconcile our differences, the day came for my mother to get the stool and my dad gave my sister and I both the credit. It was obvious he did the work and it was even more obvious that because of him and what he taught us in our relationship with him, everything got achieved, and then some. Neither my sister, and even moreso neither did I deserve that gracious intervention from my dad. I more than she had been overbearing, and in many ways her actions were provoked by mine. Nonetheless, my dad did not give up.

The Great-problem: Humanity has rejected the Great God
Two groups of people, the Jews and the Gentiles, had separately rejected God and were at odds with one another. The greatness of Romans 11:1-32 is found in Romans 11:33-36. The Jews had been given everything they needed to achieve God's purposes, and they rejected Him in exchange for a plan of their own. Romans 9:4-6a states - "who are Israelites, to whom belongs the adoption as sons, and the glory and the covenants and the giving of the Law and the templeservice and the promises, 5 whose are the fathers, andfrom whom is the Christ according to the flesh, who is over all, God blessed forever. Amen. 6 But it is not as though the word of God has failed." God didn't fail, nor His word, but rather the failure to respond to God's gracious calling lies with man. With that said, Paul raises and answers an important question in light of the Jews rejection of God and the Messiahship of the Lord Jesus Christ in Romans 11:1a  "I say then, God has not rejected His people, has He? May it never be!" The Gentiles are now being given the opportunity to hear the Gospel and respond to God's gracious offer of salvation.

The Gentile nations had not exhibited any better track record than the Jewish people, and are really no more deserving of God's grace than Israel. The Gentiles are guilty of the unthinkable: exchanging and trading the Greatness of the God who made everything for lesser, created things. Romans 1:21-23 "For even though they knew God, they did not honor Him as God or give thanks, but they became futile in their speculations, and their foolish heart was darkened.22 Professing to be wise, they became fools, 23 and exchanged the glory of the incorruptible God for an image in the form of corruptible man and of birds and four-footed animals and crawling creatures." Both Jews and Gentiles have a great, insurrmountable problem of which is a result fo their own doing. Unless a greater solution is offered, there will be no hope nor answer. The book of Romans indicates that God justly hands over Gentiles (Romans 1:25-31) and Jews (Romans 11:21) to receive justice. This is the great problem - man's lostness, enmity with God and condemnation.

The Greater solution - the Greatness of the Gospel
However the Book of Romans and the whole Bible tells us that God is not giving up. There is a great salvation. Romans 1:16-17 reminds us about the Gospel - "For I am not ashamed of the gospel, for it is the power of God for salvation to everyone who believes, to the Jew first and also to the Greek. 17 For in it the righteousness of God is revealed from faith to faith; as it is written, “But the righteous man shall live by faith.” One of the definitions I have heard about God's righteousness is that it is His greatness and glory put on display. The greatness of the Gospel is plainly stated in Hebrews 2:3 - "how will we escape if we neglect so great a salvation? After it was at the first spoken through the Lord, it was confirmed to us by those who heard." Now what makes this Gospel so great? Hebrews 2:4 reveals the source: "God also testifying with them, both by signs and wonders and by various miracles and by gifts of the Holy Spirit according to His own will."

The Greatest truth of God revealed in Jesus Christ
Whenever you read Romans 11:25-32, the essential message is two-fold: Israel has not been ultimately rejected but momentarily set aside by God and the Gentiles are being now given the opportunity to be called by the Spirit to respond to the message of the Gospel. Evangelism and missions makes no sense without God's greatness.

Romans 11:25-32 is tethered to the great doxology of Romans 11:33-36, which spells out clearly how great God is. Romans 11:33-36 contains over 50 words, and yet those 50 or more words cover such vast stretches of eternity and time and glory. When we walk across the suspension bridge of Romans 11:33-36, we are looking as it were into the very heart and majesty of God Himself. If we had more time we would break down this amazing text. Suffice it to say, I know of no other text in the New Testament that captures what is meant by the greatness of God. God's greatness is not so-much captured by a well-articulated definition as it is an outpouring, awe-inspiring fountain of thanksgiving and worship (what we all a doxology).

When Jesus gave His great commission in Matthew 28:18-20, He reminded His disciples of the fact that all power had been given to him on heaven and on earth. Why? Because He promised them that He would remain with His church until the time He returns. Jesus could not make such a promise unless He was the Great God revealed in human flesh. Titus 2:13 "Looking for that blessed hope, and the glorious appearing of the great God and our Saviour Jesus Christ."

Closing thoughts
Missions/evangelism needs the Greatness of God. If God is not great, then the Gospel is not good news, since it claims to reconcile sinners who respond by grace through faith to this Great God. The Great problem and Greater solution both need the Great God. Whenever we take in God's greatness, the reasons typically given for not sharing the Gospel are defeated: fear of rejection, lack of confidence and ackwardness. God's greatness cannot be contained. Think about it: an entire universe was made just to declare the glorious greatness of our God. (Psalm 19:1-6; Romans 1:18-20) God's greatness is central to our evangelism because: A great problem, a greater solution and the greatness of God revealed in Jesus Christ.

Email ThisBlogThis!Share to TwitterShare to FacebookShare to Pinterest
Labels: God the Great Missionary