The Biggest and Best News - Jesus has Risen from the Dead! 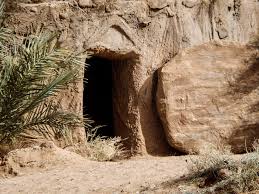 Introduction:
What follows is a demonstration of why Christ's resurrection from the dead makes the Gospel the Biggest and Best News.

To see the beauty and scope of 1 Corinthians 15:20-28, we will offer a fresh translation of the text from the Greek to behold the glory of the Resurrected Christ.  Endnotes will be included in the translation for the reader who desires to dig deeper into the implications of Paul's words.  After the the translation, we will then consider in outline form why Jesus Christ's resurrection from the dead is the biggest and best news.

A fresh translation of 1 Corinthians 15:20-28
1 Corinthians 15:20 But now behold! Christ has risen from the dead, as the first fruits (i.e first one to do so) from those who have otherwise remained dead! 21 It is a known fact that through a man came death, and through a man comes the resurrection from the dead. 22 To be more specific - all who are in association with Adam1 die 2, consequently then, all who are in association with Christ 3 will live. 23 You see, each occurs in a specific order: Christ the first fruits, then secondly, those who will be with Christ at His Personal Return 4 24 then thirdly, The End 5, that is, whenever He hands over the kingdom to God the Father following the time after every ruler and every authority and every power is abolished. 25 To clarify, it is necessary for Him to reign until He has placed all enemies under His feet. 26 The one called ‘Death’ is of course the last enemy to be abolished. 27 For He placed all things under His feet of authority. When He states: ‘all things have already be placed under His authority’, He is excluded from the category ‘all things’, since He is the One under whom all things have been placed. 28 But whenever the condition of all things is fulfilled in relationship to the Son’s reign, then the Son Himself will voluntarily submit all things to Him so that God may be all supreme in all things.”


With a fresh translation of 1 Corinthians 15:20-28, we can now consider why the resurrection of Jesus Christ is first of all the Biggest News, followed by why His resurrection is also the Best News.
Christ's resurrection is the Biggest News because it covers every major doctrine and section in the Bible
1 Corinthians 15:20-28 is such an important section of 1 Corinthians 15 because of the scope of material that it covers. In the above translation I underlined five words that are significant in this text, since all of them put together provide a basic outline of the entire Bible!  The reader is encouraged to look at the endnotes I mentioned earlier to see the further implications of the five terms.  We can take those five words above and summarize them accordingly:

d. "Personal Return" = translated in other translations as "coming".  This speaks of Christ's Personal, Visible, Physical return at the end of this age

Why Christ's Resurrection is also the Best News
The more you read and study 1 Corinthians 15:20-28, the more amazed you become at the range of ground touched by the resurrection.  But let's not forget that the resurrection of Jesus Christ is as much personal as it is profound.  1 Corinthians 15:20-28 serves to demonstrate the personal importance of Christ's resurrection to the Gospel asserted in 1 Corinthians 15:1-4: "Now I make known to you, brethren, the gospel which I preached to you, which also you received, in which also you stand. (2) by which also you are saved, if you hold fast the word which I preached to you, unless you believed in vain. (3) For I delivered to you as of first importance what I also received, that Christ died for our sins according to the Scriptures (4) and that He was buried, and that He was raised on the third day according to the Scriptures." (NASB)

Did you catch how many times the personal pronouns (you, our) were mentioned in the text?  Paul emphasizes the personal pronouns ten times in a span of four verses to communicate how the Gospel is the Best News around.  Personally it gains you access to God, to Jesus, to His forgiveness, to all His rich graces and to the hope of an eternal home.  Not only that, but since the pronouns in the original Greek are plural, that means you and I who believe on the resurrected Jesus get to enjoy all of His saving benefits together!

Truly the Resurrection of Jesus Christ makes the Gospel both the Biggest News and the Best News.  "Big" because of all the doctrines and events that it has either affected or will ever affect.  "Best" because you who by grace through faith believe on Him are personally and eternally saved from wrath, saved unto Him and saved to live forever with Him.  That's the Biggest and Best News you will ever hear!
Endnotes_____________________

With that basic order, harmonized with other prophetic texts, we gain a sweeping understanding of history and prophecy.  Following the end, Christ will have handed all things up to the Father, which will then take us into eternity.
Posted by mahlon at 8:42 AM