Understanding doubt and how doubt can be overcome 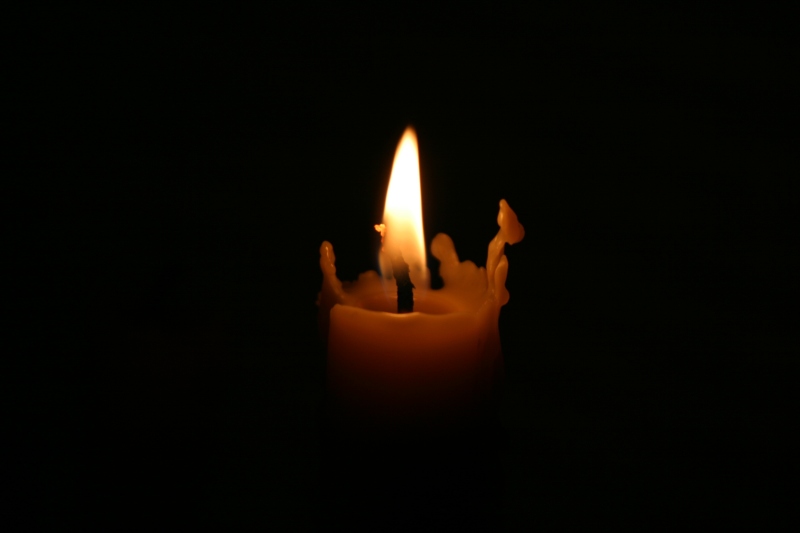 Matthew 28:16-20 "But the eleven disciples proceeded to Galilee, to the mountain which Jesus had designated. 17 When they saw Him, they worshiped Him; but some were doubtful.18 And Jesus came up and spoke to them, saying, “All authority has been given to Me in heaven and on earth. 19 Go therefore and make disciples of all the nations, baptizing them in the name of the Father and the Son and the Holy Spirit, 20 teaching them to observe all that I commanded you; and lo,I am with you always, even to the end of the age.”

Introduction:
Yesterday we considered the account of Jesus' walking on the water and Peter's initial stepping out on faith and ultimate giving into doubt. We saw how his anxiety over the winds and waves caused his focus on Jesus to shift to the visible circumstances. We also noted how the word translated "doubt" in that passage is found in only one other place - Matthew 28:17. Such observations are eye-catching, being that the author is using a rarely used word to convey the emotional and spiritual struggle of those who are doubting.

Doubts do arise in the Christian life, and at seemingly the wrong places or unexpected times. I find out of all the places for which we would not expect to find doubt in the New Testament is at Jesus' final post-resurrection appearance in Matthew 28. The text of course is the setting for the famous "Great Commission" that Jesus gives his disciples and truly his church. I am sure readers have heard Matthew 28:18-20 quoted in sermons or in lessons. Such verses stir faith and vision for the unsaved world. However, the oddest detail of the surrounding context is the seemingly out of place presence of doubt.

I read Matthew 28:17 and ask myself: how could anyone have any doubt about Jesus at the time of His appearing in Galilee? The nature of Jesus' post-resurrection appearances are describe as compelling and convincing in Acts 1:3 - "To these He also presented Himself alive after His suffering, by many convincing proofs, appearing to them over a period of forty days and speaking of the things concerning the kingdom of God." The NIV and HCSB describe the nature of Jesus' appearance as that of "convincing proofs", whereas the KJV renders the character of His appearances as "infallible". This is to say, the clarity and compelling nature of Jesus' post-resurrection appearances was such that the evidence was beyond reasonable doubt.

Jesus' appearance to the disciples in Galilee was physical, and it was accompanied by Him speaking and dialoguing with them. He had already appeared on several occasions. There was no way anyone could have any doubt after all was said and done. And yet there was doubt. The question is: how did such doubt function in the face of otherwise unassailable evidence?

Understanding the pathology of doubt
The clue to the pathology of this particular type of doubt is found in passages that describe what was going on inside the disciples hearts during Jesus' post-resurrection appearances. Mark 16:14 records Jesus saying: "Later, He appeared to the Eleven themselves as they were reclining at the table. He rebuked their unbelief and hardness of heart, because they did not believe those who saw Him after He had been resurrected." In Luke's Gospel, we read of the disciples' response to the initial report of the women concerning Jesus' post-resurrection appearance to them in Luke 24:11  "But these words seemed like nonsense to them, and they did not believe the women." Then we read elsewhere of a separate incident, another appearance by Jesus, wherein he says in Luke 24:25 "He said to them, “How unwise and slow you are to believe in your hearts all that the prophets have spoken!" From these three passages we can better understand how the doubt of the disciples was working, and perhaps how we can better understand either our own doubts or the doubts of others we encounter. Notice....

1. Doubt arises from some sort of hardness of heart
The disciples were not looking for a risen messiah. They had already been struggling with Jesus' ten predictions of His pending death. Anytime we show resistence to Divine truth prior to further illumination of more truth, we will have an inability to digest it. Doubt can arise when we presume there is nothing to find or no forthcoming explanation of what is before our eyes. This is what is called "hardness of heart".

2. Doubt arises from cynicism about the credibility of the evidence
If the doubt we have arises from a misplaced attitude or cynical approach, the credibility of the evidence will be in question. The disciples themselves thought the women's report of a resurrected Messiah to be nonesense. Doesn't this sound all too-familiar in today's world? The first characteristic of doubt's pathology has to do with the activity of the will. This second expression of doubt deals with the attitude of the mind towards the evidence. Typically if someone has already made up their mind that the evidence is nonsense, then all that can be expected is an argument (apart from God's supernatural intervention).

3. Ignorance or weak response to the evidence
In the Luke 24:25 passage, Jesus is rebuking the disciples for their lack of understanding an slowness of heart. At times, ignorance of what the scriptures say can contribute to doubt. Othertimes, slow obedience in the past or lack of applying scripture with one's life can also contribute to doubt. Neglect is as much of an enemy to the spiritual walk as willful and overt sins of commission.

Different types of doubt
The Evangelical Dictionary of Theology, page 355, notes about doubt that when studied as a category, it entails the mind, emotions and will. The article on doubt identifies four types of doubt that roughly correspond to what we explored in the three passages above:

1. Philosophical doubt or skepticism, which concludes there are no answers to be found. The Evangelical dictionary suggests that Thomas evidenced this type of doubt. When Jesus manifested himself, Thomas realized then that there was indeed an answer!

2. Provisional doubt calls into question certain assumptions in order to reach a more firm conclusion on larger issues. Typically a person who is wrestling with doubts in their Christian life may actually find their faith being strengthened, since in addressing doubt, their faith is excercised and validated.

3. Denial doubt is where there is overt and willful saying of "no" to the evidence. According to the Evangelical Dictionary of Theology, Satan's dialogue with Eve was disguised as a series of veiled assertions about God, which of course were a strategy to plant doubt in Eve's mind. This type of doubt is unwilling to acknowledge the validity of the evidence.

4. The final category of doubt is ignorant doubt, whereby the person has enough evidence to have basic faith but yet does not know what the final explanation would be in putting to rest doubts that plague his or her faith. In ignorant doubt, even if the person had a full explanation, they wouldn't know it. This is usually due to inadequate instruction or a blindspot in the person's thinking that can only be exposed by the Holy Spirit and scripture.

These four types of doubt could be placed along a spectrum of doubt ranging from the most hostile at one end due to it's purposeful knowing and oert denial of the evidence (i.e denial doubt) to ignorant doubt at the other end which has incomplete knowledge and thus lacks complete trust. The other two types of doubt fit in between, with all four pictured below:

The reader may notice that all four are placed at different intervals from one another. The distances correspond to the rate of the growth of doubt that occurs if one stays to long at any given point. Hence the distance and time one can remain in ignorant doubt before it results in damage to one's faith is longer than philosophical doubt. The denial end of the spectrum is by far the most dangerous and is arrived at as a result of having journeyed through the other three.

Only God's supernatural power through Jesus Christ and the Holy Spirit can overthrow doubt at any level
Whenever we see the disciples in Matthew 28:17 having doubt, we must ask: what or Whom overcame their doubts? Acts 1:8 recounts Jesus telling them to wait until the Holy Spirit came upon them at Pentecost. The contrast between the uncertainy in Matthew 28:17 and the disciples' boldness and faith 50 days later in Acts 2 is profoundly different. Only two conclusions can be drawn as to how a group of doubting, uncertain disciples could become so bold - Jesus had indeed risen from the dead and the Holy Spirit had came upon them and in them as Jesus said.

When the Spirit's working and Christ's authority is brought to bear with the scriptures, the power to overwhelm any doubt is manifested. God's grace is the only thing that can be credited to anyone trusting in the Lord and overcoming their doubts. Any persistence in doubt is that person's fault, without any blame to be given to God or the evidence of scripture. Scripture describes faith or the ability of firm persuasion that overcomes any unbelief as something that arrives from God to the doubter or the sinner. (Galatians 3:23-25; James 1:18) Such supernatural faith operating in the human heart must be fed by scripture if it is to grow (1 Peter 2:1-2). We know doubts can arise, but thankfully God grants faith as a gift that in turn enables the one doubting to trust and say: "I believe!" (Ephesians 2:8-9).
Posted by mahlon at 8:27 AM