A brief discussion on the definition and significance of Biblical inerrancy 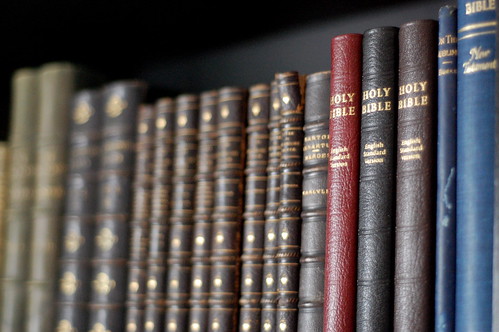 2 Peter 1:20-21 "But know this first of all, that no prophecy of Scripture is a matter of one’s own interpretation, 21 for no prophecy was ever made by an act of human will, but men moved by the Holy Spirit spoke from God."

When we speak of the Bible as inerrant, what is meant by this term and why is it important to the Christian?

Inerrancy literally means “without error”. Stated positively, inerrancy means that the Bible is true in all it says touching all matters.  An understanding of this truth arises from four considerations: God’s character, logical proof, Jesus’ view of scripture and scripture’s preservation down to present times.

1. First, at the heart of the Christian faith is the idea that God is a talking God that has revealed His power in creation, His Presence in the incarnation of Jesus Christ and His purposes in a book - the Bible. God by nature is Holy, Perfect and without flaw. (Isaiah 6; Habakkuk 1:13) Moreover, God cannot lie (Hebrews 6:18-19) but always tells the truth and reigns over His world by the basis of truth (Psalm 89:14). The character of God is the basis for any belief in the doctrine of the Bible's character as a 100% truthful document without error (hence inerrancy).

2. Secondly, it logically follows from God’s character that the Bible He would reveal is without error. If we were to track this out logically, we could note the following:

3. Thirdly, Jesus Himself taught that the Bibles that He and the Apostles had in their day (Old Testament Greek Septuagint and Aramaic Targums of the Synagogues) were the authoritative, inerrant Word of God (Matthew 5:18; Luke 24:44). Through His numerous assertions of “it is written” and citations of the scriptures themselves, Jesus’ view of the inerrancy of scripture is uncontestable.

4. Finally, inerrancy as expressed in the above statement (i.e “as originally given”) applies to the 66 books in regards to their wording. Though the original autographs are no longer with us, their words have been preserved among the multiplied thousands of manuscripts and translations of the Hebrew/Aramaic Old Testament and Greek New Testament. Despite variations and differences among the manuscripts (which only account for 3-4% of the Old Testament’s 419,687 words and 2% of the New Testament’s 138,162 words), we still have the original words with us – which means that those copies are just as authoritative as their originals. To put it another way, there is not one example of variations among the manuscripts that affects any major doctrine of Christianity.

This was Jesus’ position, and thus should be our own. The logical reasons for inerrancy flow from considerations of God’s perfect character – which makes inerrancy (or total truthfulness) a cardinal point in defining Biblical authority for our lives.
Posted by mahlon at 8:39 AM