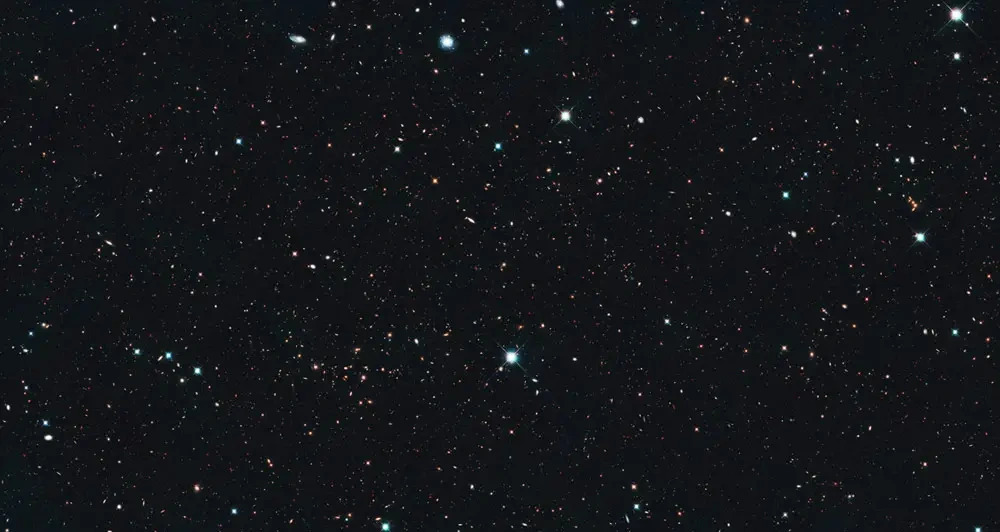 Acts 17:24-27 "The God who made the world and all things in it, since He is Lord of heaven and earth, does not dwell in temples made with hands; 25 nor is He served by human hands, as though He needed anything, since He Himself gives to all people life and breath and all things;26 and He made from one man every nation of mankind to live on all the face of the earth, having determined their appointed times and the boundaries of their habitation, 27 that they would seek God, if perhaps they might grope for Him and find Him, though He is not far from each one of us."

Introduction:
Yesterday we began considering how the Apostle Paul argued for God being the Maker of Heaven and Earth, and how such a fundamental truth must be declared in our post-Christian culture. Our children and young people are being indoctrinated by a rival conception of the nature of reality and meaning of life: namely humanism undergirded by either atheism or influenced by Eastern thought. Both versions combine the idea of man being the measure of all things - an idea that was taught by Paul's opponents in Acts 17 (i.e the Epicureans and Stoics). This form of humanism will either deny the reality of God all together (i.e ancient Epicureanism and modern Atheism) or make God out to be an impersonal force that is mixed in with the material universe (i.e ancient Stoicism or modern Eastern Thought and "Star Wars").

The Millennium Falcon. Picture is from batman-news.com

Star Wars makes for great entertainment (yes I like Star Wars). However, the franchise obviously proceeds on the basis of non-Christian thought and can be used as a popular case study in how influential these two prevailing types of thinking describe our culture's view of spirituality. Think about for instance how much talk is given about "The Force" in Star Wars. Yoda's description of the force corresponds roughly to ancient Stoicism and alligns quite well with Eastern thought such as Buddhism. Then think about how this contrasts with the materialism of someone who denies the existence of any sort of God or deity (like the protagonist Hon Solo in Episodes 4,5,6). The so-called New Atheism that is being touted today would be a contemporary illustration of the ancient Epicureans encountered by Paul in Acts 17.

Many people enjoy these films for their epic story lines, however whenever you consider how much they influence people who are not careful into believing the underlying philosophies, you then see how culture in general is operating today.

Such an observation hopefully illustrates how Paul must had felt when he faced the philosophers on Mars Hill. For them, the idea of an All-powerful, Sovereign God who made all things would had been foreign to their way of thinking. Nonetheless, this foundational idea of God being the Almighty Creator is found in the opening verse of the Hebrew Bible in Genesis 1:1 and nearly 60 other passages of scripture.

Premise #1 Everything that has a beginning has a cause

Premise #2 The universe had a beginning

Therefore, the universe had a cause

This argument served to show that the universe did indeed begin a finite time ago. However, the cause of the universe is not specifically designated. As arguments for the existence of God typically operate, we use several together to build a cumulative case. Hence, today I will introoduce the reader to a second powerful argument that pinpoints why God and God Alone is the sole cause for the beginning of the universe.

The fact that we live in a universe that permits life - and intelligent life at that - has been the source of much conversation among scientists. When reading the literature, one runs across the idea of the "fine-tuning of the universe", which deals with explaining how all of the fundamental constants of the universe are "just right" for life.

Several books written by prominent astronomers over the last 20 years have acknowledged this discussion. Many secular astronomers admit to there being an extradorinary narrow range of life-permitting values among the constants of nature - yet they try to avoid what is clearly a possibility of Intelligent Design behind such fine-tuning.

Only three explanations can be given as to how intelligent life could exist in our universe, as expressed in the following argument developed by Dr. Craig:

Premise #1 The fine-tuning of the universe is due to chance, necessity or design

Therefore: The fine-tuning of the universe is due to design

Three options are given for the origin of the fine-tuning of the universe that allows the possibility of life: chance, necessity or design. The probability of life being able to exist resulting from blind chance is so unlikely that one has a far better chance of winning the lottery (if one plays it of course). Chance has no power to cause anything, and thus is only a mathematical idea.

When we speak of the second option of necessity, that refers to the universe having to be a certain way in order for the constants of nature to be finely-tuned for life. Yet constants such as gravity and the speed of light operate independently of the physical description of the universe. The universe could had been different than it is now, and yet the constants are what they are.

So with the universe's life-permitting state being not due to chance or necessity, there is only one option left - Design. Unless God, Maker of Heaven and Earth, finely tuned the constants of nature to be what they are, there would be no life in our universe. Moreover, we would not be here to make the observations we make as intelligent beings unless an All-Powerful Super-intelligence had first made us and everything in the universe.

Closing thoughts
As the Apostle Paul addressed the skeptics of his day - one of his main points was to show that indeed God is make of heaven and earth and everything in it. He proclaimed the fact that the universe had a beginning - a beginning made by God. We considered briefly two arguments that bring together reasons for why Christians can be confident that God created the heavens, the earth and life as we know it.
Posted by mahlon at 7:51 AM