The Coming King through a mother's eyes 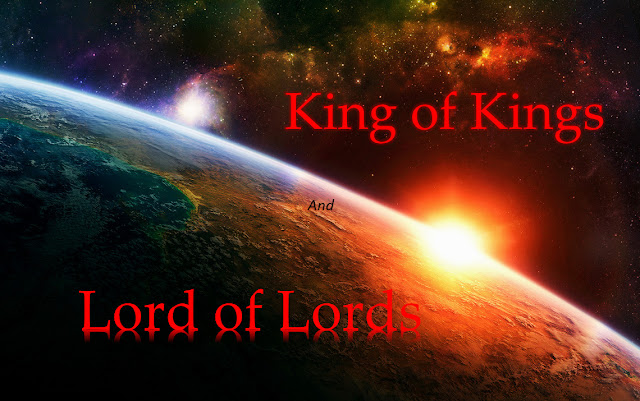 Acts 1:12-14 "Then they returned to Jerusalem from the mount called Olivet, which is near Jerusalem, a Sabbath day’s journey away. 13 When they had entered the city, they went up to the upper room where they were staying; that is, Peter and John and James and Andrew, Philip and Thomas, Bartholomew and Matthew, James the son of Alphaeus, and Simon the Zealot, and Judas the son of James. 14 These all with one mind were continually devoting themselves to prayer, along with the women, and Mary the mother of Jesus, and with His brothers."

Introduction:
The last couple of posts have been devoted to viewing key episodes of Jesus' life and ministry through the eyes of Mary. The particular focus has been upon He as King of Kings and Lord of Lords in His incarnation and crucifixion. We noted how she experienced Him as King through His incarnation and crucifixion. Today we take one final look at Mary. Acts 1:12-14 represents the final time we see Mary in the Bible. The simple report of her gathered in the upper room with the other disciples communicates her profound and yet minimal role in the sweeping redemptive drama of Jesus' life and achievements.

When we say Mary's role was profound, we speak of her part in being the vessel of Christ's humanity. In His hypostatic union, whereby the humanity of Mary's DNA was conjoined to His Person as the truly Divine Son, we find the miracle of the virgin birth/conception (Matthew 1:21-23; Luke 1:35; Galatians 4:4). When we say at the same time that Mary's role was minimal, we mean that it was Christ alone who did the miracles and bore the wrath of God on the cross apart from her. Mary's role is to point to Christ. Thus we can use her view of Him to guide our thoughts to His actions on our behalf.

In today's post we find Mary gathered in the upper room with the disciples. Why? The risen Christ had told His disciples that they were to tarry and wait until the promised Holy Spirit would come (Acts 1:8). Jesus had taught prior to His crucifixion that He would send another comforter (John 14:17, 26-27; 15:26; 16:8-12). His repeating of this promise in His post-resurrection appearances signified how He would tangibly prove that His ascension into heaven was completed. Thus, the events of Pentecost in Acts 2 confirmed that Jesus had indeed begun His inaugural reign upon His throne over His church, a point spelled out by the Apostle Peter in Acts 2:32-36.

Now why labor over these details? Because what Mary was doing in her actions was identifying the fact that the One whom she experience in her womb as an incarnate infant and whom she saw crucified was no less than the King of Kings and Lord of Lords. His ascension into heaven began a sequence of events that would lead her to complete the full circuit of her faith to see Him as the coming King by faith.

Now we know that Jesus, Who is ascended and exalted at the Father's right hand (Philippians 2:5-11) will return to this world. His role as King of Kings and Lord of Lords will be revealed fully when He returns. Revelation 19:11-16 states: "And I saw heaven opened, and behold, a white horse, and He who sat on it is called Faithful and True, and in righteousness He judges and wages war. 12 His eyes are a flame of fire, and on His head are many diadems; and He has a name written on Him which no one knows except Himself. 13 He is clothed with a robe dipped in blood, and His name is called The Word of God. 14 And the armies which are in heaven, clothed in fine linen, white and clean, were following Him on white horses. 15 From His mouth comes a sharp sword, so that with it He may strike down the nations, and He will rule them with a rod of iron; and He treads the wine press of the fierce wrath of God, the Almighty. 16 And on His robe and on His thigh He has a name written, “KING OF KINGS, AND LORD OF LORDS.”

What Mary's actions model for us is the importance of watching and waiting. We watch for the King to act. We wait. She was awaiting the coming Holy Spirit. He came. We Christians, having the promised Holy Spirit, wait for Jesus to return. He will come to take us up to be with Him (rapture of the church, 1 Thessalonians 4:13-16). Then, (seven years after His taking us up), He will descend fully and complete to this earth to begin the physical manifestation of His earthly reign. It is exciting to think about that like Mary, we behold our King through eyes of faith. What is now faith will be made sight. Would it be that we watch and wait. The King of Kings, and Lord of Lords is coming soon!
Posted by mahlon at 8:13 AM