Truths that save the soul - One Sovereign God, Who is Father 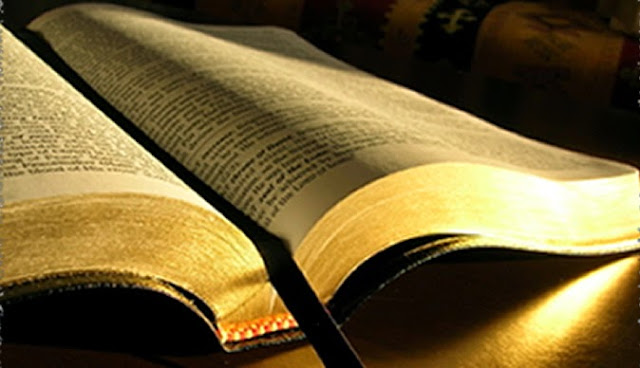 John 5:16-18 "For this reason the Jews were persecuting Jesus, because He was doing these things on the Sabbath. 17 But He answered them, “My Father is working until now, and I Myself am working. 18 For this reason therefore the Jews were seeking all the more to kill Him, because He not only was breaking the Sabbath, but also was calling God His own Father, making Himself equal with God."

Introduction: Jesus said what?
A chain of events were set in motion that shifted the hostility of Jesus' enemies into high gear, when Jesus had healed the paralytic at the Pool of Bethesda. Whatever their hostilities towards Him were, those animosities were cloaked under religious devotion and pious expression. Something about this particular miracle unleashed the pent up resentment. The Jewish leadership were looking for ways to undercut Jesus' ministry. Luke 6:7 records for example - "The scribes and the Pharisees were watching Him closely to see if He healed on the Sabbath, so that they might find reason to accuse Him." According to commentators, the Jews had devised 39 ritualistic laws concerning what one could do and not do on the Sabbath. Whenever the paralytic man that Jesus healed took up his bed and walked (John 5:8-9), that action broke Jewish religious law #39.

If breaking of the Sabbath wasn't enough, the straw that would send Jesus' opponents into orbit would be the explanation Jesus gave them concerning why He did the miracle. In short, Jesus claimed to be not only doing the works of God - but, that He was performing such works as One equal in authority, power and glory as the Father. We know that Jesus made claims or did actions that served to demonstrate His identity as the God-man. In claiming the God of Israel as His Father meant that Jesus was setting Himself in an unprecedented category of having "an-in" with Yahweh. The Old Testament scriptures asserted Yahweh as "Father" of the nation of Israel in the sense that He was the God of Israel who had chosen and called them (see Deuteronomy 32:6). For Jesus to say that Yahweh was "His" Father was to express a category that, in Jewish ears, was not only unprecedented but highly inappropriate. In Mark 2:7 we read about the Jewish officials response to Jesus' pronouncement of forgiveness of sins to a man: “Why does this man speak that way? He is blaspheming; who can forgive sins but God alone?” To say that "God was His Father" was Jesus' saying that He and the Father were equal and One in being whilst being distinct, Divine Persons.

Today we want to follow Jesus' radical claim of deity. Contrary to what many say, namely - that Jesus never claimed to be God in the course of His earthly ministry - we will discover certain truths that Jesus unfolded that save the soul. Today's post features one of these saving truths: One Sovereign God, Who is Father.

Saving truth: One Sovereign God, who is the Father
As Jesus expands on His response to the Jewish leadership desiring to persecute Him, He states in John 5:19 "Therefore Jesus answered and was saying to them, “Truly, truly, I say to you, the Son can do nothing of Himself, unless it is something He sees the Father doing; for whatever the Father does, these things the Son also does in like manner." This astonishing statement indicates that Jesus claimed nothing short of being able to behold the Father, Yahweh of Israel - with unmediated, unveiled eyes. According to Deuteronomy 32:39 and other Old Testament passages, no man has ever beheld the face of God and lived. The Jews equated direct experience and seeing of God as grounds for death (see Judges 13:22). Such a truth was the Old Testament's way of drawing the line of division between the Creator and the creation. In Isaiah 6 we find that not even the angels of Heaven have ever directly beheld the face of Yahweh, since they worship Him with wings veiling their faces.  Undoubtedly, John here in John 5:19 is reminding us that Jesus, though being truly man, was also truly God. Only the Son could truly behold the Father, since He shared in the same nature as He (see John 1:1 & 1:18).

As Jesus unfolds this truth of One Sovereign God who is Father, He intersperses His exposition with statements of His own unique relationship with the Father. Jesus never departed from the Old Testament truth that God was indeed One God, One Lord (Deuteronomy 6:4-5). Jesus' statements about the Father would had fallen in line with Jewish orthodoxy and with the Old Testament itself - since no one disputed the Deity of Yahweh as "Father". Five particular statements in John 5:21-26 are made by Jesus pertaining to the Father as One Sovereign God that can be traced back to specific Old Testament texts that assert such truths. The Sovereign God, Who is Father.....

This first eternal truth "One Sovereign God, Who is Father" is a truth that saves the soul and is central to the Gospel, proclaimed by Jesus and the church today
The affirmation of the Father as the One true and living God is a cornerstone to saving faith. Old Testament texts such as 1 Samuel 2:1-2; Psalm 67:1-2 and Isaiah 43:10-11 affirm the uniqueness of God in His existence and His power to save His people. New Testament texts such as 1 Corinthians 8:6 never backed away from the Jewish affirmation of there only being "One God" or "Monotheism". One Savior. One Creator. Such statements affirmed the unwavering allegiance to the reality of One True and living God as the sole Savior. When the Jews had crossed the Red Sea, the proceeding plagues had served to dismantle the Egyptian polytheism and to show that such deities were fakes that could never save. Pharoah had set himself up as a deity and ended up drowning in the Red Sea.

When we come to the New Testament, the affirmation of the One true and living God as the cornerstone of saving faith doesn't cease. Hebrews 11:6 notes for example: "And without faith it is impossible to please Him, for he who comes to God must believe that He is and that He is a rewarder of those who seek Him." The historic Christian church has made this great truth part of its confession of the Gospel that saves. For instance, the "Apostle's Creed" begins in this manner: "I believe in God, the Father Almighty, the Maker of heaven and earth...".1 The Nicene Creed, still recited by many Christians the world-over today, begins in the following fashion: "I believe in one God, the Father Almighty, Maker of heaven and earth, and of all things visible and invisible."2 As a more contemporary example, the Baptist Faith and Message 2000 says the following in part about the Father: "God is Father in truth to those who become children of God through faith in Jesus Christ." 3

Closing thoughts
As we close out today's post, we have noted Jesus' unfolding of His true identity in John 5:21-26. His astonishing statements regarding His own deity served to present eternal truths that save the soul - the first of which being: "One Sovereign God, Who is Father". This first major truth provides the bedrock for what will be Jesus' revelation concerning His own equality with the Father and thus - His claim to Deity. Such truths are vital for Christians to understand. Without the correct knowledge of who God is and what He is like, Christians cannot identify the work God is doing in their lives. Moreover, the very definition of salvation in the Bible includes this first affirmation of "One Sovereign God, Who is Father". I'll close today with 1 John 5:20 - "And we know that the Son of God has come, and has given us understanding so that we may know Him who is true; and we are in Him who is true, in His Son Jesus Christ. This is the true God and eternal life."

Email ThisBlogThis!Share to TwitterShare to FacebookShare to Pinterest
Labels: Gospel of John