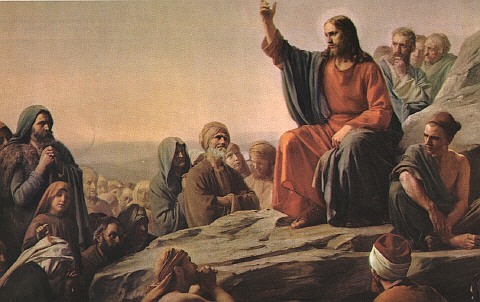 Matthew 13:10 And the disciples came and said to Him, “Why do You speak to them in parables?”

In today's post we aim to introduce the reader to the parables of Jesus and some practical tips to studying and applying them.  Not only do Jesus' parables connect readers and listeners to important spiritual truths, but at times, Jesus' parables can shed light on harder-to-understand portions of the Bible. We will begin this post by first defining a parable, and then walk our way through various examples on how to interpret and apply the parables of Jesus by using one of His more well-known parables: "the parable of the soils"

The term "parable" comes from two Greek terms: "para" meaning "alongside" and "ballo" meaning "to throw, cast".  When combined together, the term describes someone like Jesus taking a known thing and "casting it up alongside" and otherwise unknown spiritual truth that needs illuminated to the listener.

Some Bible teachers estimate that in upwards of 30% of Jesus' teaching was in the form of parables.1  We discover over 50 parables of all different forms told by Jesus in the pages of the four Gospels. By studying them we can glean important insights into areas such as salvation, practical everyday Christian life, the Kingdom, the supernatural realm, bringing glory to God and relating to other people.

2. How do we understand the parables?
As we come to the parable of the soils in Matthew 13:1-23, Jesus gives us the key to understanding His parables. As a matter of fact the parallel passage in Mark 4:13 actually has Jesus saying: "And He said to them, 'Do you not understand this parable? How will you understand all the parables?" We will first of all look at the simple method for interpreting Jesus' parables as gleaned from Matthew 13:1-23 and other passages.

a. Observe the setting of the parable.
In Jesus' parable of the Sower the setting features a sower or a farmer, seed and different types of soils.  Consulting a good Bible Dictionary or a good Study Bible with study notes can enable the reader to begin understanding the imagery of many of Jesus' parables. Resources such as J. Dwight Pentecost's "The Parables of Jesus" notes: Since wheat was a staple of the diet in Palestine, the procedure of raising wheat would had been very familiar to the Lord's hearers. In preparation for sowing the seed, the ground was cleared of all old growth. This caused the entire field to look the same. The sower had no idea of what roots or rocks lay beneath the surface soil."

Pentecost then compares this ancient method of farming to today:

"The soil was not plowed as is done today, but rather the seed was broadcast by the sower on the surface of the soil. The seed was then scratched into the soil with a primitive wooden plow. The sowing was done before the early rains that caused the seed to germinate. The sower waited through the growing period for the coming of the latter rains that brought the grain to full fruition and thus provided a bountiful harvest."2

Such background information will ensure the reader that they are getting to the intended meaning meant by Jesus and a better understanding of what He is communicating.

b. Find the key point of the parable.
Parables by and large are designed to communicate one main idea, principle or truth, however there will be those parables that are composed of multiple parts, requiring each part to be interpreted.  Jesus' parable of the soils is told by Jesus in Matthew 13:1-9, with His own interpretation of it given in 13:18-23. Clearly there is more than one part to the parable, however there is at the same time one overall theme, namely the different patterns we see in how people hear and understand the Word of God (compare Matthew 6:23).

Bible scholar Simon J. Kistemaker reminds us: Althought it is generally true that a parable teaches only one basic lesson, this rule should not be pressed too far. Some of Jesus' parables are complex in composition. Later he writes: Moreover, in Jesus' parables it is not the beginning of the story but the end that is important."3

c. Cross reference other scriptures to see how the parable connects you to other parts of the Bible.
Jesus' telling of this parable of the soils in Matthew 13 ought to be compared to His telling of it in Mark 4:3-8 and Luke 8:5-8. Such cross comparison can enable the reader to understand the nuances of Jesus' parables.

Over time the parables can provide a window in which to see the broader unity of the Word of God. In seeing the bigger picture of God's truth, we can then come back to the parable itself and have an even better understanding.

Take for instance Paul's discussion in Romans 10:16-21 of how the majority of people hearing the Gospel end up not heeding it. There are certainly excuses typically raised by people for not believing the Gospel, which Paul dismisses due to all men being without excuse (see Romans 1:18-21; 10:18:21). Why is it that people so often either reject the gospel or seem to believe but then later on fall away? Jesus parable of the soils can aid in shedding further light on the interpretation of Romans 10:16-21.

The first three soils in Jesus' parable refer mainly to hypocrites or "make-believers" that seem genuine but do not possess true saving faith. Only the fourth soil in Jesus' parable speaks of one who have "heard the word in an honest and good heart" (Luke 8:15). The first three types of people in Jesus' parable and those in Paul's exposition are like those described in Hebrews 4:2 "For indeed we have had good news preached to us, just as they also; but the word they heard did not profit them, because it was not united by faith in those who heard."

d. Live out the main point or teaching(s) of the parable
It is obvious that the reason why parables begin in the realm of the known and proceed to the unknown is to get the listener to bring spiritual truths to bear in everyday life. As James notes in James 2:26 "For just as the body without the spirit is dead, so also faith without works is dead." In studying the parables, the reader or listener or preacher is able to cloth spiritual and oftentimes abstract principles in the garments of everyday life. Ordinary life is where God would have us to live out extraordinary lives for His glory.