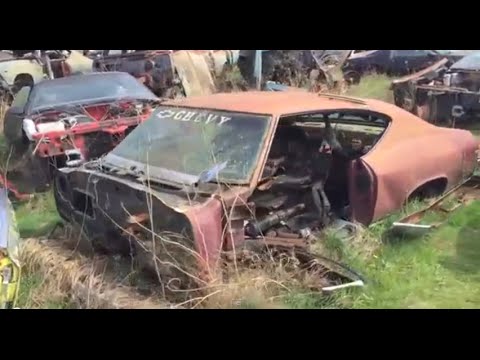 "Failure" is a word no one in American culture likes to consider. The American way of life is designed to avoid failure as much as possible. It is very easy in the minds of many to "write-off" people that, in their eyes, are "failures". Interestingly enough, the Old and New Testaments record many examples of people used by God that were "epic-failures". This is God's intended pattern. The Apostle Paul reminds us in 1 Corinthians 1:20-21:

Have you ever felt like a failure? I have. Do you wonder whether or not God can use failures in such a way as to advance His Kingdom? If we're honest, we all have failed and have asked such questions. In today's post we will look at a biographical sketch of the author of the second Gospel in our New Testaments - known simply as "Mark". We will discover how it is that God takes failure and makes the follower of Jesus useful for His glory.

Mark - an unlikely and insignificant figure
Mark's story, like his mentor the Apostle Peter, is a remarkable story of failure and and redemption.  We first meet Mark in Mark 14:51 as an anonymous young man fleeing from the Garden of Gethsemane following Jesus' arrest. Mark's downplaying of himself in his own Gospel gives us insight into a character molded by the turning lathe of humility.

The only thing we can gather at this point concerns the one statement of the young man as "following Him". How close Mark was following Jesus and disciples is not divulged.

The testimony of church history tells us how God would end up using Mark. An early church father, Papias of Hierapolis, notes how Mark was an "associate" of the Apostle Peter. Per Papias' testimony in a collection of his writings called "Fragments of Papias":

Mark would record what he heard as the Apostle Peter preached a series of sermons on the life of Jesus to an eager Roman audience. Mark's transcriptions would end up being the Gospel of Mark. That gives us the end result of Mark's life. But how did Mark become useful for God in the manner recorded above?

We must go back some thirty years into the younger years of Mark. John was his first name, although his surname "Mark" ended up being the primary way he was addressed. In Acts 12:12 we see Mark's house being used as a meeting place of the early church. The people were gathered to pray for the release of the Apostle Peter from prison. Per Luke's record in Acts 12, Peter was released by an angel. As he made his way out of the prison, he awoke as it were from a dream or in what he thought was a vision (see Acts 12:10-11). Peter's instinct was to go to Mark's home, where the early church was gathered in prayer on his behalf. As the profile for Mark builds, we find him to be a man that could be trusted.

There is no doubt that Mark became an important component in the life of the early church. Many today would call Mark a "success". However, God often chooses "failures" over "successes" to do His kingdom work. In order for Mark to be used greatly by God and to write the second Gospel bearing his name, he would have to experience failure.

Mark: A man that failed

Mark's ascendancy within the Apostolic circles of the early church came to an abrupt halt when he deserts Paul in Acts 13. Acts 13:13 recounts the event:

"Now Paul and his companions put out to sea from Paphos and came to Perga in Pamphylia; but John left them and returned to Jerusalem."

In Acts 15:38-39 Paul refuses to have Mark accompany him on his missionary journeys:

"But Paul kept insisting that they should not take him along who had deserted them in Pamphylia and had not gone with them to the work. 39 And there occurred such a sharp disagreement that they separated from one another, and Barnabas took Mark with him and sailed away to Cyprus."

This turn of events followed from the failure of Mark recorded in Acts 13:13.  Barnabas chooses to take Mark under his wing as a protege. Consequently, with Mark's mentoring received from the Apostle Peter, Barnabas would be used by God to "rebuild" a fallen and failed Mark.

One of things we learn from failure is that the aftermath can result either in us giving up entirely or learning lessons that rebuild character. Whenever God places people across the path of someone that has failed, the end result can be a more useful person to do God's bidding. Mark had enjoyed success. Now, he failed miserably. Despite such setbacks, Mark was being rebuilt by God through the combined efforts of Barnabas and Peter. God had a purpose in mind with young Mark.

Mark: A Man Useful For God

It is years later in Colossians 4:10 and later again in 2 Timothy 4:11 that we learn of Paul and Mark having not only been reconciled, but somehow Mark being deemed as "useful".  2 Timothy 4:11 reads:

"Only Luke is with me. Pick up Mark and bring him with you, for he is useful to me for service."

We've already noted how church history tells the story of Mark penning his Gospel under Divine inspiration as he listened to the Apostle Peter preaching in Rome. Mark is a supreme trophy of God's grace. God molded Mark to be an aid to the Apostle Peter. In short - Mark became useful for God as a trophy of grace (see all about trophies of grace in Ephesians 3:10). Truly every local church should be God's trophy case full of trophy's of grace who owe their existence and success to the Lord Jesus Christ.

God uses failures. We looked today at Mark, the author of the same said Gospel bearing his authorship. As we journeyed through his story, we noted how God took Mark, an initial success, and permitted him to fail. The failure of Mark was used by God to bring in mentors like Barnabas and Peter to shape him into a useful vessel for His service.

Mark needed rebuilt after his failure. God orchestrated such a rebuilding project - resulting in a man equipped to write one of the 27 books of the New Testament. Four words: success, failure, rebuild and useful. This represents a process we find again and again in scripture and throughout church history. Will you and I submit to God's process? Will we allow Him to take our failures, rebuild what was torn apart and make us useful enough to be used by Him to bless many people? I pray that we will.
Posted by mahlon at 1:41 PM