He Went Forth, That You May Have Life - Meditations on John 18-20 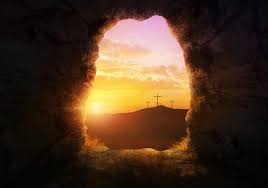 John 18:1-6 "When Jesus had spoken these words, He went forth with His disciples over the ravine of the Kidron, where there was a garden, in which He entered with His disciples. 2 Now Judas also, who was betraying Him, knew the place, for Jesus had often met there with His disciples. 3 Judas then, having received the Roman cohort and officers from the chief priests and the Pharisees, came there with lanterns and torches and weapons. 4 So Jesus, knowing all the things that were coming upon Him, went forth and said to them, “Whom do you seek?” 5 They answered Him, “Jesus the Nazarene.” He *said to them, “I am He.” And Judas also, who was betraying Him, was standing with them. 6 So when He said to them, “I am He,” they drew back and fell to the ground."

Roughly 1/3 of John's Gospel is dedicated to the final week of Jesus' life. Why? The final week's events were the reason He came. Meditating upon those closing moments leading up to the cross and what follows thereafter yield life-changing benefits. Hebrews 12:3 for example states: "For consider Him who has endured such hostility by sinners against Himself, so that you will not grow weary and lose heart." The 1707 hymn of Isaac Watts - "When I survey the wondrous cross" - conveys the rich fruits of meditation upon Jesus' life, death and resurrection by the following lyrics:


John's Gospel is like a set of mighty mountains with the valley of the cross in between the peaks. Jesus is introduced to the reader on the mountain of eternity and time. Christ's incarnation leads directly to what would be his life and public ministry. These mighty mountains of John's Gospel are snow-capped with seven "signs" - resulting in the first twelve chapters deemed appropriately: "the book of signs".

It is at chapter 13 of John's Gospel that the pace of the book dramatically changes gears. New Testament scholars have deemed John chapters 13-21 as "The Book of Glory", due to the "glories" of Christ's cross, resurrection and post-mortem appearances. Glory is ever accompanied by the shadow of the cross. Lest the cross occupy our standing definition of God's glory, we have not yet grasped the point of His glory: the revelation of True deity in the true humanity of Jesus.

The descent from the the slopes of chapters 1-12 begins with Jesus' announcement of His betrayal. Certainly, Jesus' promise of the Holy Spirit provides much needed light as the valley of the cross comes into view.
Growth occurs not on the mountain, but in the valley. The Great Shepherd's ultimate mission was not to meet sinners on the peaks of reason or the slopes of the miraculous (as wonderful as those things are), but instead to be met in the valley of the cross. The reader is reminded of Jesus' identity as the Mediator by the high priestly prayer of John 17.

It is at John 18 that one finds Jesus crossing a thresh-hold of sorts - both literally and spiritually. Crossing the brook Kidron meant crossing a body of water that was mingled with the blood of the sacrifices draining from the back of the Temple complex. The Thursday night into Friday time-frame was set aside for the final preparations of the Passover sacrifices.

Josephus, the ancient Jewish historian of the first century, records how thousands lambs were sacrificed at the height of Passover. In upwards of 250-thousand pilgrims would crowd their way into and through the Temple. The blood of all those lambs would run into the Brook Kidron (this area is in the lower right-hand corner of the map below). 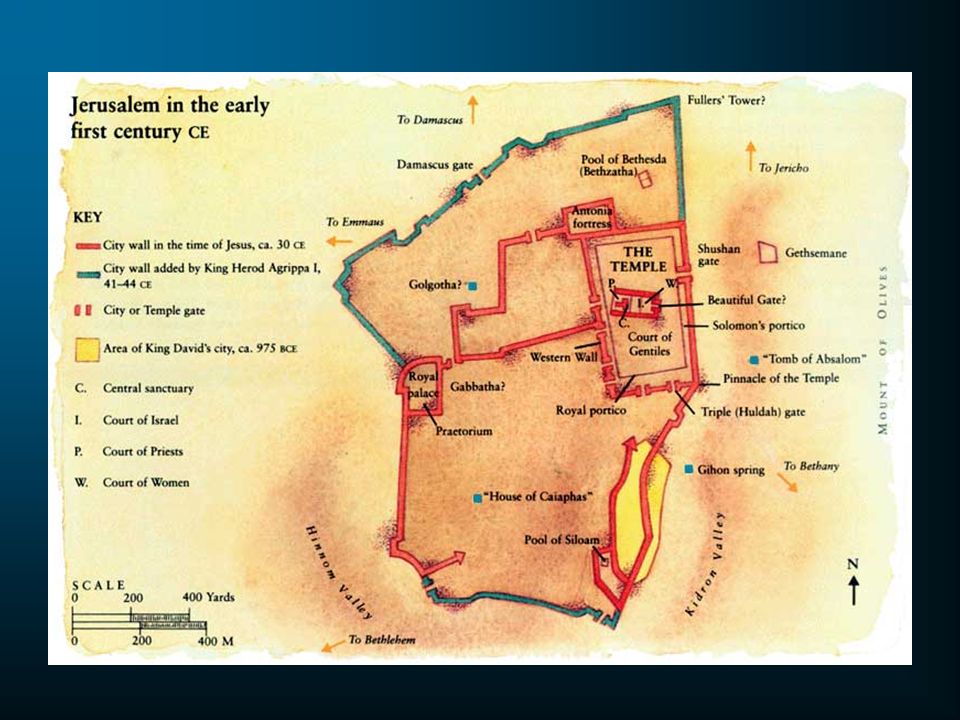 As Jesus crossed over the brook Kidron, He was entering across the thresh-hold of His "passion" or "suffering". Jesus came as "the Lamb of God to take away the sins of the world" (see John 1:29).

What follows is a simple outline of Jesus' arrest, crucifixion, burial and resurrection as recorded in John's Gospel.

An outline of Jesus' arrest, death, burial and resurrection in John 18-20

The aim of today's post is to direct the reader's attention to meditate on what Jesus did in going forth to provide eternal life to all that would respond to the Gospel call in saving faith.

I find the key phrase "went forth" driving forward the actions of Jesus. In John 18:1 we find Jesus being described as: "He went forth with His disciples over the ravine of the Kidron". Or again, John 18:4, "knowing all the things that were upon Him, went forth...". The same Greek verb behind this phrase "went forth" (exerchomai) is found in John 19:5, "Jesus then came out, wearing the crown of thorns...".

Why did Jesus keep pressing forth to the cross? The key verses to John's Gospel give the answer in John 20:30-31,

"Therefore many other signs Jesus also performed in the presence of the disciples, which are not written in this book; 31 but these have been written so that you may believe that Jesus is the Christ, the Son of God; and that believing you may have life in His name."

John ever reminds us that the events of Jesus' cross and resurrection required both exposition and application. The meaning of what Jesus did is found in the preaching of the Book of Acts and the first portions of all the New Testament letters. The applications that follow in the wake of Jesus' death, burial and resurrection are gleaned from the actions of the church in Acts and the latter portions of the New Testament letters.

To prove the above paragraph and to lend further aid in our meditation upon Jesus' accomplishments, consider that first point on Jesus' arrest. Jesus underwent arrest, trial and sentencing. Why? Peter's second sermon in the Book of Acts, Acts 3:13-15, describes the point of Jesus' arrest and sentencing:

"The God of Abraham, Isaac and Jacob, the God of our fathers, has glorified His servant Jesus, the one whom you delivered and disowned in the presence of Pilate, when he had decided to release Him. 14 But you disowned the Holy and Righteous One and asked for a murderer to be granted to you, 15 but put to death the Prince of life, the one whom God raised from the dead, a fact to which we are witnesses."

Jesus was disowned, rejected. The rejection of Jesus meant He was freed to go forth as the sin-bearer. Galatians 3:10-13 describes how Jesus' actions resulted in His bearing the curse for sin. Just as sin and curse came into our world by the actions of the first Adam, the second Adam, Christ, would take upon Himself the curse to pay the cost of salvation (see Isaiah 53:1-10; Galatians 3:10-13; 2 Corinthians 5:21; 1 Peter 2:21; Hebrews 13:12-13).

Incredible spiritual benefits would result from the six-hour ordeal of the cross and the moments entailed in the resurrection. Is it no wonder that the New Testament urges constant meditation upon Jesus' cross and resurrection (see 1 Corinthians 2:2; 1 Corinthians 15).
Posted by mahlon at 12:52 PM

Email ThisBlogThis!Share to TwitterShare to FacebookShare to Pinterest
Labels: Christian Meditation, The Cross