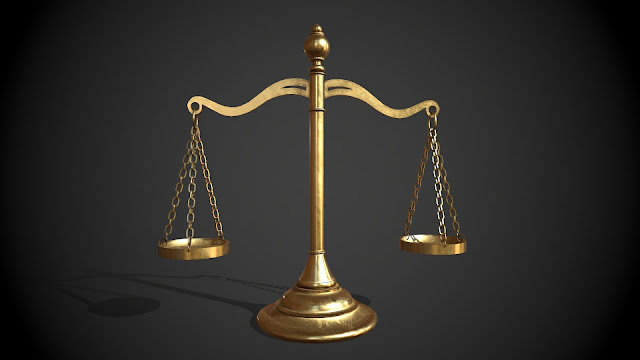 Over the last couple of years all of us have witnessed and heard much about “calls for justice”. In Jesus’ day, there was a major discussion, a debate, that involved what was “just” and “unjust” to do on the Sabbath. Mark 2:24 picks up the discussion:

“The Pharisees were saying to Him, “Look, why are they doing what is not lawful on the Sabbath?”

Much like our day, Jesus had to express how true justice contrasted to what had become a man-made, arbitrary system of justice based on human traditions.

Our nation and our children are experiencing unprecedented confusion over what defines justice and what it even means to be human. This post will begin to equip you on how you can Biblically navigate the current cultural climate and on how to begin to develop a Biblical worldview which can handle issues such as abortion, Biblical marriage, gender and racism. So, when it comes to understanding what Jesus taught on true justice, let us note first…

When we speak of “true justice” or a “Biblical worldview of justice”, the following chart summarizes:

God’s justice or eternal law/revelation of His Word

Natural law/“law of the conscience”, sense of objective morality

Human laws, uphold what is “right”, punish the “wrong”

Many Christian thinkers over the centuries, including Augustine, Thomas Aquinas and Martin Luther King Jr. articulated a very similar sort of "multi-tiered" understanding of how God's perfection of justice is the ground for objective moral standards such as "justice" in our world, our consciences and the basis of government. In Mark 2:24, we find the Pharisees accusing Jesus and His disciples of “doing what was not lawful on the Sabbath”. It is clear in this passage that the topic of “justice” is involved. What is “justice” as it relates to “God’s justice”? God’s justice is that perfection expressing God’s holy goodness as being always right; doing always right and opposing what is not right. Simply put, justice is God being right, because He is right and thus always doing right.

This reality of God’s eternal justice, or what theologians call “eternal law”, sets the moral pattern in our world in what is called “natural law”. “Natural law” includes our own sense of “right and wrong” or “dictates of the conscience” are due to what the Bible describes as “made in His image”. This means we are created with a hardwired knowledge about God and to relate ethically to other people.

Deuteronomy 32:4-5 “For I proclaim the name of the Lord; ascribe greatness to our God! 4 “The Rock! His work is perfect, For all His ways are just; A God of faithfulness and without injustice, Righteous and upright is He.”

Isaiah 1:17 "Learn to do good; Seek justice, Reprove the ruthless, Defend the orphan, Plead for the widow.”

Jeremiah 9:23-24 "Thus says the Lord, “Let not a wise man boast of his wisdom, and let not the mighty man boast of his might, let not a rich man boast of his riches; 24 but let him who boasts boast of this, that he understands and knows Me, that I am the Lord who exercises lovingkindness, justice and righteousness on earth; for I delight in these things,” declares the Lord."

James 5:3-4 "your gold and your silver have rusted; and their rust will be a witness against you and will consume your flesh like fire. It is in the last days that you have stored up your treasure! 4 Behold, the pay of the laborers who mowed your fields, and which has been withheld by you, cries out against you; and the outcry of those who did the harvesting has reached the ears of the Lord of Sabaoth."

Revelation 15:3 “And they sang the song of Moses, the bond-servant of God, and the song of the Lamb, saying, “Great and marvelous are Your works, O Lord God, the Almighty; Righteous and true are Your ways, King of the nations!”

So, we see then that true justice is grounded in God’s justice or “eternal law” and is revealed in creation and ourselves as bearers of His image by way of “natural law”.

One more category is necessary when articulating a Biblical worldview of justice, that is, “man-made laws”. What is the basis for them? Romans 13:1-2

“Every person is to be in subjection to the governing authorities. For there is no authority except from God, and those which exist are established by God. 2 Therefore whoever resists authority has opposed the ordinance of God; and they who have opposed will receive condemnation upon themselves."

Any human laws that expect to be truly “just laws” must align with the self-evident truths of “natural law”, which in turn is an expression of God’s justice or His “eternal law”.

As Jesus dealt with the Pharisees opposition to him and His disciples, He appealed back to the episode of David and His men, when they went to the high priest of Israel in search of food in 1 Samuel 21. God’s Word was used by Jesus to demonstrate the true intent of the Sabbath - and thus true justice. Jesus Himself stated this intent in Mark 2:27-28 "Jesus said to them, “The Sabbath was made for man, and not man for the Sabbath. 28 So the Son of Man is Lord even of the Sabbath.”

This contrasts with the Pharisees’ view of justice, which became based upon their arbitrary system of rules which made justice more of what they defined it to be, rather than rooted in God’s character. Their system could be pictured as follows:

Man-made arbitrary law (man, not God, determines what is just)

Justice based off of the majority-view in society

Is it no wonder why Jesus pressed like He did? They in practice (even if they did not admit by word of mouth) had cut God and His revealed Word out of the picture. Their view of justice, in practice, became a form of “moral relativism”, which means moral standards that are defined by human beings “relative” to their setting, opinion or culture. So true justice is a revelation of God’s character, the first foundation for our understanding. The next post will continue, considering the second major pillar for a Biblical worldview of justice as taught by Jesus.