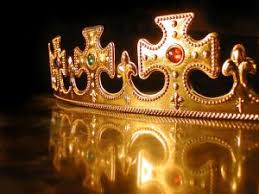 2 Samuel 7:8 “Now therefore, thus you shall say to My servant David, ‘Thus says the Lord of hosts, “I took you from the pasture, from following the sheep, to be ruler over My people Israel.


Reviewing the last three top Bible prophecies
Last week and the week before, I wrote some posts on particular scriptures that I am simply calling: "Top Bible Prophecies".  In the April 12, 2013 post we looked at Top Prophecy #1 - Genesis 3:15.  Then on April 17 and 18, 2013 we looked at Top Bible Prophecy # 2 - Genesis 12.  In yesterday's post we considered God's Land Covenant with Israel in Deuteronomy 30 as Top Bible prophecy #3.  The first top Bible prophecy is the first mention of the Gospel and the first prophecy of what would be the conflict of the ages between Jesus Christ and Satan.  The second Top Bible Prophecy was shown to be central to all other prophecies, being that it reveals God's Saving and Kingdom purposes in scripture.  Then the third was shown to be an amplification of the "land" promise in Abraham's Covenant.

Connecting Abraham's Covenant and the Promised Land Covenant of Deuteronomy 30 to David's Covenant in 2 Samuel 7:8-16
In both Genesis 3:15 and Genesis 12:1-7 we see a common word "seed" that connects the message of both.  In that word "seed" we see God's scarlet thread of redemption, a particular bloodline through which He would bring about the human nature of the Person of Jesus Christ, the Fully Divine Son.  In scripture we see the redemptive bloodline outlined from Adam to Abraham:

Abraham was to be the one who would receive the plan of salvation in promise form.  From Adam to Abraham we see God's saving purpose revealed as a plan, and from Abraham onward the plan is more specified in the form of God's Promise.  In God's covenant with Abraham we see God's Kingdom purpose traced through three promises to Abraham: land (Genesis 12:1); seed (Genesis 12:2) and blessing (Genesis 12:3).  Abraham's Covenant connects to another major covenant, the Davidic Covenant, in the following way:

The Land Covenant in Deuteronomy 30 is critical, since it reveals the future physical realm over which David's Ultimate Descendant will reign.

From Abraham to a shepherd boy named David
When you trace the generations from Abraham in accordance to Matthew 1:1-17, we discover another remarkable pattern surrounding the number "14".  Three sets of fourteen generations are listed by Matthew, the first of which being:

The number "14" in scripture is often used to describe God's fulness of salvation.  Matthew's Gospel was written to show Jesus to be the predicted King anticipated in Abraham's Covenant (Genesis 17:6) and specifically predicted in God's Covenant to David in 2 Samuel 7:8-16.

So who was David? David was a little shepherd boy who tended his father's flocks. (1 Samuel 16:11)  God told the prophet Samuel to anoint David as Israel's next king, since the sun was setting so-to-speak on Saul's kingship. (1 Samuel 16:1, 12)  In the famous showdown between David and Goliath in 1 Samuel 17, David tells King Saul that he knows God will give Goliath into his hand because as a shepherd God delivered him from a bear and a lion. ( 1 Samuel 17:37)

Before it was all said and done, David the little shepherd boy would have to wait nearly twenty years before he was to be anointed a second time at Hebron as King of Judah (2 Samuel 2:4) and then one final time as King over Israel in 2 Samuel 5.  According to Bible teacher Harold Wilmington, David is mentioned 1118 times in scripture, making him the most mentioned man in the Bible.1

A shepherd anointed king is given a remarkable covenant
According to 2 Samuel 5:4, David was 30 years old when he was anointed King.2  As David began to reign in Jerusalem, he had the desire to build God a temple.  God through the prophet Nathan conveyed that such a privilege would fall upon his son Solomon, however God had  a far grander purpose for David.  It had been 1,000 years since God had revealed his Eternal Covenant to Abraham, now it was time to take a particular element of that covenant (the "seed") and specify how God was going to bring about His prophetic purposes for Israel, history and redemption.

The Ultimate King predicted by God's Davidic Covenant
David's Covenant is an outgrowth of Abraham's Covenant as it pertains to the "seed" promise of Genesis 12:7.  Specifically, God promised to David that from His bloodline would come forth a dynasty or succession of kings in the short-run (2 Samuel 7:13-15) with the long term goal being the Ultimate King (2 Samuel 7:12,16)  In the Davidic Covenant of 2 Samuel 7:13-16 we see a repeition of three words that spell out how God is going to bring about His ultimate King:

"throne" = referring in the near sense to the twenty rulers who would come from David's royal bloodline in Judah and the Ultimate Ruler, Jesus, who spiritual reigns over the church and who is coming again to physically rule on His throne over the earth for 1,000 years. (Acts 2:34-35; 1 Corinthians 15:24-28; Revelation 19:11-20:15)

As we said already, God's Land Covenant is crucial, since it gives the Bible student the future realm over which David's Royal Descendant (Jesus) will reign.  Concerning how the covenants of Abraham, the land and David all relate, we can note the below figure:

1. By this covenant we get to know Jesus' true identity as the Ultimate King

2. God's promise is shown to be true, since in Jesus Christ this Covenant is being spiritually fulfilled and will be physically fulfilled

3. As His church, we are enjoying in a spiritual way the blessings of a secure, reigning Jesus in our lives

4. We look forward with great hope to our coming Ultimate King who in His humanity is descended from David.

In the future we will look at another Top Bible Prophecy, until then, may the Lord richly bless you dear reader.

2. David is the only king anointed three times in the Old Testament, foreshadowing the uniqueness of Jesus Christ the "anointed one" (Hebrew = Meshiach (Messiah); Greek = Christos (Christ).

4. The spiritual-part of Jesus Davidic Reign begins after His ascension when His reign is inaugurated in heaven over His church. (Acts 2:34-35)  As of now Jesus, through the Person and work of the Holy Spirit, is "already" ruling and reigning spiritually and invisibly over and through His church.  The church itself is not the Kingdom, but rather an indicator of the Kingdom's reality, like a front porch on a house.  However there is an aspect of Christ's kingdom that has not happened yet - namely the physical, visible, earthly aspect.  The Kingdom being located in Heaven, will in the future descend, with Christ leading the way to set up His Davidic throne on earth, in Jerusalem.  According to Revelation 20:4, He being called "Christ" or the Anointed One will reign 1,000 years.  Israel will have been converted (Romans 11:25-26) and restored as a light among the nations.  Her Messiah will rule over her and the entire earth, with His glorifed church reigning beside him on thrones. (Isaiah 11; Zechariah 12-14; 1 Corinthians 6:3; Ephesians 2:6-8; Revelation 20:4)

5. Note how the New Testament shows Jesus as the "Seed of David":
Acts 2:34-36 For it was not David who ascended into heaven, but he himself says: ‘The Lord said to my Lord, “Sit at My right hand,35 Until I make Your enemies a footstool for Your feet.”’36 Therefore let all the house of Israel know for certain that God has made Him both Lord and Christ—this Jesus whom you crucified.”

Acts 13:23 - "From the descendants of this man, according to promise, God has brought to Israel a Savior, Jesus"

Romans 1:3 - "concerning His Son, who was born of a descendant of David according to the flesh."

2 Timothy 4:8 "Remember Jesus Christ, risen from the dead, descendant of David, according to my gospel."

Revelation 22:16 “I, Jesus, have sent My angel to testify to you these things for the churches. I am the root and the descendant of David, the bright morning star.”
Posted by mahlon at 7:54 AM