God's Nature, Roles and Identity in relationship with creation 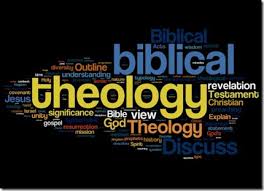 Genesis 1:1 "In the beginning God created the heavens and the earth"

Yesterday we explored in depth the meaning of Genesis 1:1 and the implications it has for communicating a Christian worldview of creation.  In today's post I want to look at God's Nature, Roles and Identity as explained through the Baptist Faith and Message 2000.  Doctrinal statements are useful tools used by Christian churches for communicating Biblical truth for the sake of evangelism and discipleship.  Though doctrinal statements like the BFM 2000 are far from the unique authority held by the Bible, nevertheless such statements can provide a guide for teaching, preaching and understanding Christian essentials.  The BFM 2000's statements about the Biblical doctrine of creation functions in the background of it's direct statements on God's Nature, Roles and Identity.   It is hoped from this brief exploration that the reader will see why the Biblical doctrine of creation is so vital to the understanding of the Christian faith.

1. God's nature in relationship to His creation
The Baptist Faith and Message 2000 (BFM 2000) states the following about God's nature: There is one and only one living and true God. He is an intelligent, spiritual, and personal Being..."  When you look at the BFM 2000 statement, you are gaining a summary of God's nature.  Anytime we speak of someone's nature, we are referring to the way in which that being expresses their existence.  The idea of God's nature answers the question: what is God like. The BFM 2000 highlights some characteristics of God's nature:

God in His nature is....
A. Intelligent. God is able to plan out creation, history and the end thereof. God's intelligence also includes Him exercising His Sovereignty through means such as responsible creatures, events and situations. Divine Intelligence, not chance, governs the cosmos, life and human affairs.  Ecclesiastes 3:15; Romans 11:33-36; Ephesians 1:11

B. He is spiritual, not material.  This point is important, since we see that matter is neither eternal nor pre-existent - contrary to evolutionary models of origins.    Isaiah 44:8; John 4:24

C. Personal, not impersonal.  That is, God is not a force, nor an it, but Personal, totally contrasting belief systems and eastern religions like Hinduism. Furthermore, God has the ability to intervene in the affairs of His creation and has done so chiefly through the incarnation of the Son Jeremiah 23:24; Acts 17:24-27

2. God's roles in relationship to creation flow naturally from the kind of God He is.
The Baptist Faith and Message 2000 begins with a description of God's nature, and then proceeds next to the roles He alone can perform due to His nature: the Creator, Redeemer, Preserver, and Ruler of the universe. God's nature tells you what kind of God the God of the Bible is, and the following roles describe some of the main things God alone can do.  Each of the below roles reminds us that God is not only above His creation (transcendent), but He is also very involved with His creation (immanent). Jeremiah 23:24; Isaiah 57:15; John 3:16; Acts 17:24-25; Hebrews 1:1-2; Revelation 21:16-22

God in His roles functions as...
A. The Creator, meaning then that God is Uncreated, the only Being who fits into that category.  There is God and then there is everything else. Isaiah 43:10; 1 Corinthians 8:6

B. The Redeemer, pointing to the fact that God is about the business of redeeming fallen men and creation.  Salvation is from God, not man.  Jonah 2:9; Isaiah 43:11; Romans 11:36

Having seen God's nature (what kind of God God is) as the One God that is Intelligent, Spiritual and Personal; as well as God's roles in what He can do as Creator, Redeemer, Preserver and Ruler of the Universe, the BFM 2000 presents to us a third idea, namely God's Identity as Father, Son and Holy Spirit.  As one Bible scholar has noted, God is One "What" and Three "Who's".

3. God's Identity as Father, Son and Spirit in creating all that is seen and unseen
This One Eternal God of scripture is identified as three Who's: Father, Son and Spirit.  We only discover God's Three-fold identity in scripture, while seeing the kind of God He is (i.e His nature) in both scripture and creation.  The BFM 2000 gives the following summary of the doctrine of the Trinity: The eternal triune God reveals Himself to us as Father, Son, and Holy Spirit, with distinct personal attributes, but without division of nature, essence, or being. The BFM 2000 then explains how each Person of the Trinity, sharing in the One Divine Nature described above, created all things...

A. God the Father Planned all things.  The BFM 2000 states: God as Father reigns with providential care over His universe, His creatures, and the flow of the stream of human history according to the purposes of His grace. He is all powerful, all knowing, all loving, and all wise.
This first identification of God as Father reveals that the Father is the Planner, the Architect of all Creation.  Genesis 1:1; Psalm 33:6; Romans 11:36

B. God the Son Structures all things.  The BFM 2000 notes: Christ is the eternal Son of God.
Whenever you consider all that was said about the nature of God at the beginning of today's post, and understand that God is first of all identified as Father, then you understand that the Person of the Son being Eternal assumes the same characteristics and roles as the Father.  What distinguishes the Father and the Son in the act of creating all things is that the Father sanctioned or planned creation, whereas the Son structures or makes real the creation thought of in the Father's mind.   Compare John 1:1-3; Romans 9:5; 1 Corinthians 8:6


C. The Holy Spirit brings life to all things.  The BFM 2000 notes the following:-The Holy Spirit is the Spirit of God, fully divine.
By stating the Holy Spirit to be fully Divine means that He shares in the same Divine nature that is ascribed to the Father and shared by the Son.  Without the Trinity, God has no identity nor reality.  In being Triune, God is self-contained and independent of His creation, not relying upon the creation to complete His identity nor existence.  In regards to creation, the Father planned it, the Son put structure and reality to it and the Spirit is the One Who places life within it.  Genesis 1:2; Psalm 104; Acts 5:4-5; Hebrews 9:5