Meet the Angel of the Lord 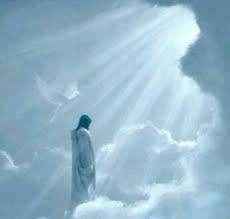 Genesis 16:5-7 "And Sarai said to Abram, “May the wrong done me be upon you. I gave my maid into your arms, but when she saw that she had conceived, I was despised in her sight. May the Lord judge between you and me.” 6 But Abram said to Sarai, “Behold, your maid is in your power; do to her what is good in your sight.” So Sarai treated her harshly, and she fled from her presence. 7 Now the angel of the Lord found her by a spring of water in the wilderness, by the spring on the way to Shur."

Introduction
Whenever you study the Bible, the aim is to see where you can find either the Person of, prophecies about or promises concerning Jesus Christ. In the Old Testament we find at least fifteen references to a mysterious figure that is identified as the Angel of the Lord - with that same figure having Divine attributes and authority. Most Bible scholars in history and today identify the Angel of the Lord to be none other than the pre-incarnate (before the flesh) appearance of the Person of the Son in the Old Testament. Such appearances are called by Bible teachers "Christophanies", meaning "Christ appearances". In today's post we want to explore some of the first texts that have to do with the Angel of the Lord with this purpose: to discover what Jesus did in the Old Testament, and how those activities paved the way and compare to all He accomplished, is accomplishing and will accomplish as revealed on the pages of the New Testament.

Meet the Angel of the Lord  - Genesis 16-21
Genesis 16 is the chapter in Abraham's life where he and his wife Sarah attempt to "help out" God in the fulfillment of God's promise of a descendant.  It had been nearly ten years since God had promised them both that Abraham and she would be a blessing to many nations through the promised seed of Genesis 12. Abraham was 86 years of age and Sarah would had been in her late seventies when the events of Genesis 16 occurred.

Sarah decided it was time to intervene and so she convinced Abraham to take her Egyptian maid Hagar as a second wife and sire a child.  Abraham did that and when Hagar conceived the child, she began to look down on Sarah, with Sarah in turn resenting Hagar. (see Genesis 16:1-6) The conflict between Hagar and Sarah would never cease from that time onward, creating no small-measure of conflict in Abraham's home - proving among other things the unbiblical and non-beneficial nature of polygamy.  The boiling point would be reached thirteen years later in Genesis 21 with Sarah (provoked by Ishmael's relentless treatment of Isaac) urging Abraham to compel Hagar and her son Ishmael to leave.  And so they leave and are outcasts.

Such a series of events were undoubtedly fraught with turmoil and the fear of whether or not God would keep His promise of an ultimate descendant to Abraham. In both Genesis 16 and Genesis 21 we see the mysterious figure of the Angel of the Lord appear and discover the following truths about Him:

1. Appears at the right time. Genesis 16:7; Genesis 21:17
The first thing we notice about the appearance of the Angel of the Lord is that He appears at the right time. Here in Genesis 16 and 21, Hagar at both times is on the run with her son to escape the scorn of an angry Sarah. Both times it seems as if both Hagar and Ishmael are going to perish.  Hagar, whose name in the Hebrew comes from a root meaning "to forsake, to flee, to wander" is in the greatest of need.  The Zondervan Pictorial Encyclopedia of the Bible notes: "It is amazing how often the appearance of the 'Angel of the Lord' marked a turning point in history, or sparked the innovation of some project with long-lasting consequences."1

The Angel of the Lord appearing at the right time in Hagar's life foreshadows another incident in which Jesus would meet with the woman at the well in John 4. Theologian Dr. Sinclair Ferguson made the observation in a sermon one time that what Jesus was doing in Genesis 16 with Hagar was almost like a test run for what He really wanted to do later on in ministering to people like the woman at the well.   Galatians 4:4 reminds us that the Son came in human flesh in the fullness of time.  No doubt the Son's pre-incarnate (before the flesh) appearances as the Angel of the Lord would foreshadow His ultimate timing as the Messiah, the sin bearer, God incarnate.

But why Hagar? Why would the Son make such a special appearance to this slave woman and her son? What could be the possible benefit to preserving both she and her son? Two observations that may shed light on the significance of the Angel of the Lord first appearing to Hagar.  First, if Hagar and Ishmael would had died, prophecy and God's Ultimate will for Israel and the middle east would had been interrupted.  God's plans for Israel's future restoration includes the hostilities and pressure that would be brought on by the conflict between the descendants of Isaac (Israel) and those of Ishmael (the Arab nations). All that is going on over in the middle East today is a result of the events and prophetic predictions of both Genesis 16 and 21.

But there is a second significance to the Angel of the Lord's appearance to Hagar and her son - to show His power to save.  Hagar bears witness to the fact of the Angel's Deity and saving power by the names she ascribes to the well of water provided by Him.  Genesis 16:13 states - Then she called the name of the Lord who spoke to her, “You are a God who sees”; for she said, “Have I even remained alive here after seeing Him?” 14 Therefore the well was called Beer-lahai-roi; behold, it is between Kadesh and Bered."  So from the Angel of the Lord's ability to appear at the right time, we can see the first parallel and proof that this is an appearance of the Divine Son before the flesh, since in His incarnation and New Testament ministry, He did the same.  But notice a second truth about the Angel of the Lord, and how we see Jesus...

2. Brings forth Divine words. Genesis 16:8-12; 21:18
Genesis 16:10-12 is a prophecy spoken directly by the Angel of the Lord to Hagar.  The Prophecy, as we already alluded to earlier, would lay out the prophetic destiny of Ishmael's descendants in relationship to those of the Son of promise.  Hagar then identifies the Angel of the Lord as none other than Jehovah Himself.  Whenever you go throughout the rest of scripture, you will find the prophetic formula: "it is written" or "thus saith the Lord" as indicative of Divine utterance.

When the Son incarnate, Jesus Christ, began His first sermon (the Sermon on the Mount) in Matthew 5-7, a third phrase was uttered from His lips that revealed Divine authority.  In His teaching, Jesus told the crowds of how they "heard it said" from the Jewish traditions such and such, but then Jesus said next: "But I saw to you" (Matthew 5).  That phrase "But I say to you" is equal in authority to the "it is written" and "thus says the Lord" statements.  By the time Jesus finished His opening sermon, Matthew 7:28-29 records: "When Jesus had finished these words, the crowds were amazed at His teaching; for He was teaching them as one having authority, and not as their scribes."

Throughout the rest of the Old Testament, in some of the other occasions we see the Angel of the Lord, He speaks Divine words.  For example, His speaking forth from the burning bush to Moses in Exodus 3 reveals that He is Jehovah, Yahweh, I AM who I AM.  That same title "I am" is spoken by Jesus about Himself is the basis for the seven "I am" statements throughout John's gospel.  When Jesus appeared in the Old or New Testament, before the flesh as the Angel of the Lord or in the flesh as God incarnate, He would bring forth Divine words and appear at just the right time.  But notice one more parallel, one more truth about the Angel of the Lord...


3. Clearly is God revealed. Genesis 16:13-15; 21:19-21
By now it is obvious in today's post that this writer is identifying the Angel of the Lord as an Old Testament, Pre-incarnate appearance of Jesus Christ. We also know from Hagar's specific statements in Genesis 16 that she really believed she saw Yahweh, God Himself. Hebrews 1:1-2 aids us in making these connections: "God, after He spoke long ago to the fathers in the prophets in many portions and in many ways, 2 in these last days has spoken to us in His Son, whom He appointed heir of all things, through whom also He made the world." Jesus says of course in John 14:9 "If you have seen me, you have seen the Father".

The question of course is: does the New Testament and Old Testament alike draw a straight line directly from the Angel of the Lord to Jesus Christ as being one and the Same person? Yes it does.

Consider for a moment Jacob's historic wrestling match with the mysterious "man" of Genesis 32:24-32. After that match Jacob calls the place where they wrestled :"Peniel" in recognition of the fact He saw God face to face and lived to tell about it. (Genesis 32:30)  Draw the line from Genesis 32 to what we read in Hosea 12:4 - "Yes, he wrestled with the angel and prevailed;He wept and sought His favor.
He found Him at Bethel and there He spoke with us". The text unmistakably calls the mysterious opponent of Jacob "The Angel" and identifies that personage as God.  Now connect the dots once more to 2 Corinthians 4:6 "For God, who said, “Light shall shine out of darkness,” is the One who has shone in our hearts to give the Light of the knowledge of the glory of God in the face of Christ."  Thus the connection is complete: Jacob saw God's face in Genesis 32, with what Hosea 12 describes as "the Angel" and who now being incarnate has a face in which we see God in human flesh in 2 Corinthians 4:6.

Endnotes:
1. Merrill C. Tenney, editor. The Zondervan Pictorial Encyclopedia of the Bible. Volume 1. Zondervan. 1976. Page 163
Posted by mahlon at 7:59 AM