Praying Like Jesus: Learning the priority and power of prayer 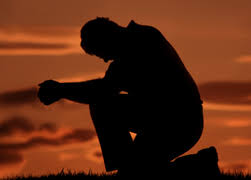 Mark 1:35 "In the early morning, while it was still dark, Jesus got up, left the house, and went away to a secluded place, and was praying there."

When we learn to pray like Jesus, we note how often He enjoyed spending time alone with His heavenly Father.  Almost from the onset of Jesus' ministry we find Him setting the pattern for His busy three and one half year ministry. At times Jesus would be in the seeming height of business and suddenly drop everything to go and pray. Luke 4:42 notes: "When day came, Jesus left and went to a secluded place; and the crowds were searching for Him, and came to Him and tried to keep Him from going away from them." Success and popularity followed Jesus wherever he went in those early stages of His work. Many people would look for such opportunities to grab the spotlight and sway the masses - but not our Lord. Luke notes in Luke 5:15-16 "But the news about Him was spreading even farther, and large crowds were gathering to hear Him and to be healed of their sicknesses. 16 But Jesus Himself would often slip away to the wilderness and pray."

The true source of Jesus' strength was not the crowds, but the time He had with the Father.  Though Jesus ever remained fully God, yet He chose not to utilize the benefits that come with being fully Divine, but rather chose in His humanity to rely upon the One who had sent Him. Luke 9:18 reveals: "And it happened that while He was praying alone, the disciples were with Him, and He questioned them, saying, “Who do the people say that I am?”  Jesus ever retained the understanding of Who He was and Whose He was.  His prayer life was so powerful and persistent that his disciples requested a lesson from Him on prayer. Luke 11:1-4 records for us the incident: "It happened that while Jesus was praying in a certain place, after He had finished, one of His disciples said to Him, “Lord, teach us to pray just as John also taught his disciples.” 2 And He said to them, “When you pray, say: ‘Father, hallowed be Your name. Your kingdom come. 3 ‘Give us each day our daily bread.  4 ‘And forgive us our sins, For we ourselves also forgive everyone who is indebted to us. And lead us not into temptation.’ "

Points of Application: As we draw today's post on praying like Jesus to a close - we can glean two points of application from Jesus prayer-life. First, Jesus prioritized the tasks of life around His prayer-life and by His prayer-life.  Too often we reverse the order and say to ourselves: "I'll pray later" or "I'll pray when my schedule gets better". Jesus shows us that life's busyness never recedes - and that time with the Father regulates all we do.  Secondly, Jesus public ministry was regulated by His prayer-life. A man's ability to influence men for God will never exceed how much the man is influenced by God in prayer. Jesus' prayer-life was saturated by the Father's presence - which is why He wielded such power to shape and mold the world around Him. Jesus demonstrates both the priority of prayer by how eager He was to spend time with the Father.  May you and I dear friend take to heart these lessons from the Master.
Posted by mahlon at 8:05 AM