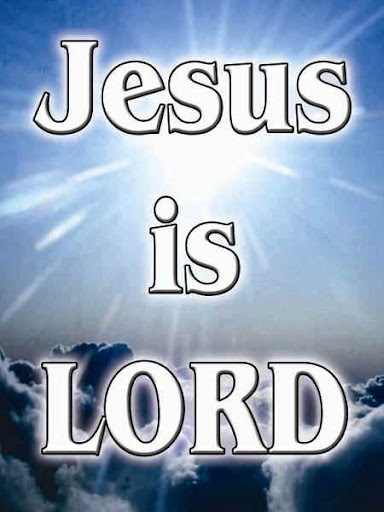 Colossians 3:4-5 "When Christ, who is our life, is revealed, then you also will be revealed with Him in glory. 5 Therefore consider the members of your earthly body as dead to immorality, impurity, passion, evil desire, and greed, which amounts to idolatry."

Review: How we know Paul is talking about Christ's Lordship in Colossians 3:1-14
Yesterday we began considering Paul's argument for submitting to Christ's Lordship in the Christian life. We are told in Colossians 3:1 "Therefore if you have been raised up with Christ, keep seeking the things above, where Christ is, seated at the right hand of God." The supremacy of Jesus Christ is expressed practically and doctrinally in the scriptures by a closely related idea called "Lordship". To say "Jesus is Lord" means "Jesus is in control of the Christian's life from the start and throughout to the end". We know when Paul is referring to "above" and "where Christ is", He is talking about Jesus' Lordship over the believer. For example consider Philippians 2:9-11  "For this reason also, God highly exalted Him, and bestowed on Him the name which is above every name, 10 so that at the name of Jesus every knee will bow, of those who are in heaven and on earth and under the earth, 11 and that every tongue will confess that Jesus Christ is Lord, to the glory of God the Father." Jesus Christ's Lordship defines the chief end of His accomplished work according to Romans 14:9 "For to this end Christ died and lived again, that He might be Lord both of the dead and of the living." Thus Christ's Lordship over individual Christians and His church practically expresses the doctrinal truth of His Supremacy, Sufficiency or what is sometimes termed "His imminency".

Point of application: As we explored in yesterday's post in Colossians 3:1-4, we express our submission to Christ's Lordship by beginning with our priorities. This area expresses our overall point of application: "Every disciple of Jesus Christ is called to submit to Christ's Lordship." So in what areas are we encouraged to practically submit ourselves everyday to the Lordship of Jesus Christ? We saw from yesterday the realm of our priorities. Today we will consider a second major area....

Submit to Christ's Lordship in the realm of your morality. Colossians 3:5-8
When we talk about the subject of morality, we are dealing with the typical actions and behaviors of people.  Ethics describes the reasoning one follows in arriving at the particular action or moral behavior. The Christian is being called in Colossians 3:5-8 to be aggressively moral and ethical in the realm of their drives and their speech.

With regards to the drives, either a Christian's drives will "drive him" or he will govern his drives. (Romans 6:15) The wider context of  Romans 6:12-14 states: "Therefore do not let sin reign in your mortal body so that you obey its lusts, 13 and do not go on presenting the members of your body to sin as instruments of unrighteousness; but present yourselves to God as those alive from the dead, and your members as instruments of righteousness to God. 14 For sin shall not be master over you, for you are not under law but under grace."  Certainly we are to be aggressive when it comes to our drives; 1 Corinthians 6:18 states plainly - "Flee immorality. Every other sin that a man commits is outside the body, but the immoral man sins against his own body." The will of God for every Christian is sexual purity, as seen in 1 Thessalonians 4:3 "For this is the will of God, your sanctification; that is, that you abstain from sexual immorality."

As you go down the list of areas that can corrupt our drives in Colossians 3:5, Paul commands radical "putting to death" of the following things:

1. Immorality or unlawful sexual activity. The Greek word uses here is where we get our word "pornography".

2. Impurity or moral uncleanliness. There seems to be a chain of cause and effect going on here. What starts out as an out of control drive in the mind quickly leads to impurity.

3. Passion. This word here is used elsewhere in the New Testament to refer to suffering. Pent up out of control desires lead to suffering.

4. Evil desire. There is a cycle being described here by Paul that feeds on itself like an out of control monster that must be put to death or "mortified".

5. Greed or excess. As the drive continues to drive the Christian, it leads to excesses.

6. The outcome is replacing one's desire for God with a consuming desire for created things - which is idolatry.

These six areas reminds one of the seven abominable areas that God hates in Proverbs 6:16-19 and other similar listings through the scriptures. They are all areas associated with our former life before conversion. We are to regard ourselves dead positionally to our old way of life as stated in Colossians 3:3 and practically as asserted in Colossians 3:5.

As we submit our morality to Christ's Lordship, we do so in the realm of our drives. If we are not careful to do so, such out of control drives can tempt us to re-engage with the old way of life from whence Christ delivered us, as stated in Colossians 3:6-7.

So we submit our morality to Christ's Lordship by giving over our drives and then our speech. Just as Paul tells his readers to "put to death" those sensual areas that represent the out of control drives of the old life before conversion, we also see the need to guard the tongue. What we say is just as much a part of our morality as what we do.  As Jesus Himself states that from the heart can proceed all kinds of evil things. (Matthew 15:19; Mark 7:21) James tells us that the ability to control one's tongue is a sign of genuine and worthwhile religion. (James 1:26-27) The parallel passage of Ephesians 4:31 states: "Let all bitterness and wrath and anger and clamor and slander be put away from you, along with all malice."

As we read down through Colossians 3:8, why such the emphasis on the realm of our speech?  In times of pressure we discover every quickly the level to which we have surrendered to Christ's Lordship. Thus one's morality has to do with how they use their words as wells as how much they govern their drives. We know for example that out of control anger can never work forth the righteousness of God. (James 1:20). As anger escalates in our words, the heat of wrath accompanies it, followed by malice or the intent to hurt and then spreading lies about that person to other people.  Scripture tells us to be aware of letting a root of bitterness sprouting up within us, lest we defile many. (Hebrews 12:15) The tongue is spoken of in scripture as containing the power of life and death. Such areas are yet another way of practically submitting ourselves to Christ's Lordship, namely submitting to Him our morality.