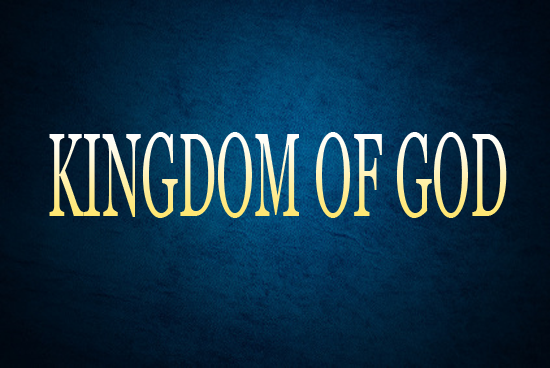 Matthew 13:47-50 “Again, the kingdom of heaven is like a dragnet cast into the sea, and gathering fish of every kind; 48 and when it was filled, they drew it up on the beach; and they sat down and gathered the good fish into containers, but the bad they threw away. 49 So it will be at the end of the age; the angels will come forth and take out the wicked from among the righteous, 50 and will throw them into the furnace of fire; in that place there will be weeping and gnashing of teeth."

Introduction:
In past posts we have looked at the kingdom parables of Matthew 13, noting their interpretation and relationship to one another in describing the Kingdom of God. For today I would like to list for the reader what we can learn from Jesus' Kingdom parables, including his final one in Matthew 13:47-52, which we have not yet studied. We will then close out today's post with some final thoughts for our application.

Point of application: I gain the following main point from Jesus' statements in Matthew 13:51, namely: It is important for you and me to understand the story of the Kingdom so that we can communicate the Gospel.

1. Responses to the Kingdom. Mt 13:1-9; 10-23
How do people respond to the Gospel and to the things of God? Four typical responses are illustrated in Jesus' parable of the soils: Unbelieving professors of faith who have had the word plucked away, who have sprouted up and died quickly or who have chosen the world over Christ. Only the true believer who possesses saving faith evidences good soil that sprouts forth fruit that abides. The key point of this parable is in 13:9 and 13:23 with the idea: "he who has ears, let him hear".

2. The King's Kingdom. Mt 13:24-30; 36-43
In Jesus' second parable of Matthew 13 we considered this second important aspect of the Kingdom - namely it is the King's Kingdom. How one is related to the King (wheat for the King's seed, tares for the enemy) will determine the destiny. All born into this world are born outside the King's redemptive Kingdom, and only by a miracle of saving grace, communicate in the scripture by means of planted wheat (sons of the kingdom), can tares be turned into wheat.

4. The influence of the Kingdom. Mt 13:33-34
As immense as the kingdom is, the size of the kingdom in this age does not necessarily determine its influence. Right now in this present church age the kingdom exists in a relatively small form, with areas of our world manifesting it more than others. Whether manifesting itself as something small or in its final form, the Kingdom of God wields influence over the hearts of people because of God's Sovereign will working through the Gospel and evangelistic efforts of the church. The scriptures are the vehicle by which the Spirit draws and converts sinners to saving faith. (Psalm 19:7; Romans 10:17)

5. The joy of the kingdom. Mt 13:44
Jesus moves on by describing another aspect of Kingdom life - the joy of it. Like looking at a house from different sides, Jesus is walking us around the Kingdom, giving us various vantage points from which to look. Knowing that God is both at the center and circumference of the Kingdom ought to cause us joy. In other words, wherever Jesus is ruling and reigning, there is joy!

6. The value of the kingdom. Mt 13:45-46
Whether speaking about the Kingdom, the Gospel or the Christian life, all three are cut from the same cloth - namely God's Sovereign and redemptive will being worked out in the lives of those in and through Whom He is working. How much do you and I value the Kingdom, the Gospel and the Christian life? Is Jesus truly worth living for? These first six parables individually drive home a point.  Nonetheless they are logically and theologically connected to one another to deliver a collective story about what the Kingdom of God is all about, which leads to the seventh parable of Matthew 13:1-52....

7. Finality of the Kingdom. Mt 13:47-52
When we look at this final "Kingdom parable", what is its main point? Jesus tells us in vss 49: "So it will be at the end of the age; the angels will come forth and take out the wicked from among the righteous." Simon J. Kistemaker in his book "The Parables", page 64, writes: "Followers of Jesus, go about your daily task: witness to your fellowmen, whoever they may be; bring them together at the church; constantly remind them of the need for faith and repentance; and direct their attention to the judgment day, at which time the final separation of the wicked and the righteous will take place."

Closing thoughts
The kingdom of Jesus Christ will become a visible, manifested reality when He comes back to earth. The details and ordering of events are not the focus of this final parable, and so we won't pursue such details here. However the importance of understanding Jesus' overall teaching in Matthew 13 is underscored by Jesus Himself when he asks in Matthew 13:51-52 "Have you understood all these things?" That is the question you and I must labor and prayerfully answer as we consider Jesus' words. If we can answer Jesus' question in the affirmative, then we will be as those bring forth treasure, having something to tell to those needing to hear.  He who has ears, let Him hear!

Email ThisBlogThis!Share to TwitterShare to FacebookShare to Pinterest
Labels: Gospel of Matthew, Sovereignty of God