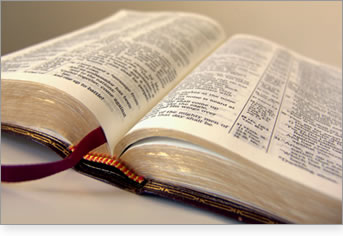 Introduction:
When I refer to "eight awesome New Testament generals", I am speaking of the eight letters or Epistles commonly referred to as the General Epistles. The goal is to not be detailed but very brief in order to increase interest in this somewhat neglected part of the New Testament. Now why are Hebrews, James, 1 & 2 Peter, 1,2,3 John and Jude deemed the "General Epistles"? Unlike Paul's Epistles, which are written to specific churches or unlike John's seven letters to the seven churches in Revelation, these 8 epistles are written to "general" groups of Christians spread over a wide area. Another pattern we can note about this collection of epistles or letters is that they are authored by all the headlining apostles (John, Peter and Paul (if we take him as author of Hebrews). A further interesting pattern about these 8 books of the Bible is that two of them (James and Jude) were composed by two of Jesus' half-brothers according to the flesh. We could mention more interesting tid-bits, but for sake of brevity we will move forward. Below we will list out the first two of the eight general epistles and their key points and verses.

1. The Epistle to the Hebrews
This letter (written by Paul, maybe Apollos or someone else) aims to show how the Old Testament was fulfilled in Jesus Christ. The theme of "better" or "more excellent" weaves its way through the letter. Suggested key verse is Hebrews 10:19-22

2. Epistle of James
This letter, composed by Jesus' half-brother according to the flesh, was written to provide practical instruction in wisdom. Often nicknamed "The Proverbs of the New Testament", James was perhaps the earliest book written in the New Testament. James' Epistle is all about spelling out in detail the pure and undefiled religion in the sight of God. (James 1:26-27)